The original Halloween plot was pretty simple: a masked psycho offs a bunch of unwitting babysitters in a small town. “It was basically a good, old-fashioned haunted house movie,” director John Carpenter, who co-wrote the screenplay, once said. “There’s something awful in this dark house and these poor people are walking around not paying attention.” The victims were random — Michael Myers just happened upon these three young women — and the idea that something like this could happen to anyone, anywhere, anytime made it terrifying. At the end of the movie, Myers escapes (even though he’d been shot six times) and Carpenter showed a montage of rooms in a darkened house, soundtracked by Myers’ breathing, as if to say, “He’s still out there … maybe even with you.” That’s where it could have and possibly should have ended. But then it became a hit and Hollywood demanded sequels.

Over the last four decades, Halloween has become a franchise with a mythology more complicated than most Marvel movies. Carpenter begrudgingly helped write 1981’s Halloween II (one of Rolling Stone‘s “Best Horror Movie Sequels”) and in it, he and cowriter Debra Hill introduced the twist that Myers had been stalking his long-lost little sister in the 1978 original, Jamie Lee Curtis’ Laurie Strode. Even though the killer suffered a fiery death at the end of the sequel and was left out of the third installment, he was resuscitated (sans Carpenter) for Halloween 4: The Return of Michael Myers and two other sequels, in which producers introduced a bizarre plot where Laurie Strode had died and Myers was being controlled by a Druid curse sending him in pursuit of Strode’s daughter. It kept going and going until Jamie Lee Curtis attempted to put a stop to it with 1998’s Halloween H20: 20 Years Later by bringing Laurie back (with a son — gasp!) to face off with her brother Michael Myers.

The new Halloween, directed and co-written by David Gordon Green, fixes all of this with a fresh, clean plot that simply picks up four decades after the 1978 original and ignores all of the hullabaloo in between. In the film, Strode is simply the distraught, jumpy survivor of a horrific Halloween 40 years ago (with a daughter — gasp! — and a granddaughter). It’s the movie that H20 should have been, and it’s so good that the notoriously fickle Carpenter gave it his approval and even wrote its score music. If Halloween were a “Choose Your Own Adventure” novel, this installment would be the final option.

At their core, all of the Halloween sequels that feature Curtis playing Laurie Strode (and there are now four) are portraits of a person living with trauma. In Halloween II, Strode is still in fight or flight mode, since it’s just hours after the events in the original. In H20, she’s fled to California and changed her name. In Halloween: Resurrection (the most regrettable entry of the bunch) she’s a psychiatric mess who accidentally beheaded the wrong man in H20 and now flinches in the face of killing Myers, allowing him to stab her instead. And in the new Halloween, she’s a wild-haired badass who has spent her life preparing for a chance to slaughter Michael Myers. 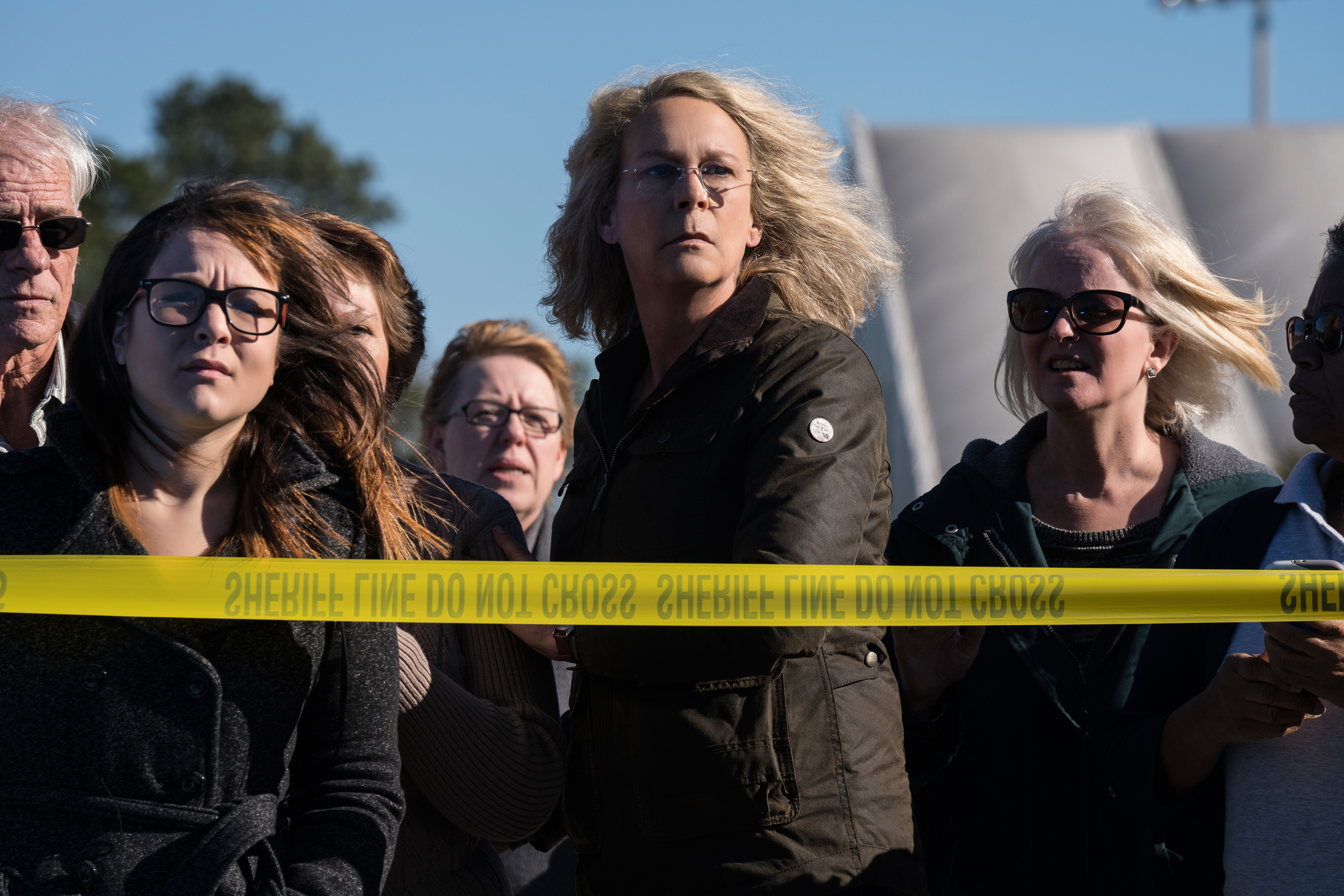 The Devil and Jamie Lee Curtis

Each of these scenarios depicts Strode’s reaction to the trauma she suffered in 1978, as Curtis explained in a recent Q&A at New York City’s 92Y. “Really, there are three choices when you’re traumatized,” she said. “You can die from it. You can run from it. Or it will affect you for your whole life until you face it. There are no other options.”

In H20, it was her idea for Strode to run from Myers. She’d presented the idea of an anniversary feature to Carpenter and Hill, both of whom declined to work on it, so it fell on others to write a screenplay. Ultimately, it was a product of its times, full of post-Scream irony (there’s a hockey mask in the first few minutes) and Dawson’s Creek–style teen drama (Michelle Williams is one of its stars). In hindsight, it’s not a great movie but for all of its late-Nineties trappings, the thing it got right was its depiction of Strode — or at least that Strode, the one who ran away. She’s fearful until she confronts Myers.

“That was a movie designed for someone who had that trauma who’s been running ever since — changed her name, new location,” Curtis said at the 92Y. “But ultimately that end moment where she shuts the gate, the kids are safe, she basically throws the key away, turns and says, ‘Come on, let’s go,’ [she changes]. It’s because when you’re running, you’re dead. You have no life.”

When Green reached out to Curtis with the idea of skipping over all the flotsam and jetsam of previous sequels, she was excited. And she was even more thrilled to portray a different side of Strode. The turning point for this version of the character, she and Green decided, came at the end of the 1978 original when she sternly tells the two kids she’s babysitting, “Do as I say,” and becomes a commanding presence. “In that moment, she’s transformed from a soft-spoken, slightly timid, academic sweetheart into an authoritative, confident figure,” Green recently told Rolling Stone. “We used that as her mantra. We’re meeting a woman who said ‘Do as I say’ one night in 1978 and was very empowered by that authority and is comfortable with that confidence.”

It made a world of difference in the story, which was written by Green, Danny McBride and Jeff Fradley. Without all the sibling psychodrama, without worrying if she chopped off the wrong maniac’s head and without the backstory where the character fled Illinois, Laurie Strode is freed. She may be a gun-toting recluse who has turned her house into a fortress and littered it with booby-traps, but she’s the architect of her own destiny. When Michael Myers does come for her — and it’s only after a nefarious psychiatrist leads him to her in hopes of a reunion (“[Myers] is kind of a nothing character,” according to Green) — she’s ready and she and her daughter and granddaughter inflict a glorious pain on Michael Myers unlike any Laurie Strode from the past. It’s the badass, take-no-prisoners Strode you’ve been aching to see for the last 40 years.

Now, of course, Michael Myers may not be dead. Green never shows his corpse, never runs tests on it to prove its dead and never dismantles it so it can never be reanimated. So there’s still room for a sequel. (Remember, “You can’t kill the boogeyman!”) But if he does come back, we now have a strong, confident Laurie Strode we can rely on and trust. The balance of power has shifted, and the victim is now in control of both her trauma and her future. Laurie Strode is dead! Long live Laurie Strode!