It’s long been rumoured that Captain Marvel will play a pivotal role in the fight against Thanos, but before she takes on the Mad Titan in Avengers 4, the cosmic hero will first need to tackle the forces of evil in her cinematic debut.

However, who those forces of evil might be remains rather unclear.

What we do know now, though, is that old-age pensioners don’t number among the villains of Captain Marvel, necessarily. The latest trailer revealed that the old woman Carol Danvers punched in the first promo is in fact a Skrull, confirming what long time Marvel fans suspected all along.

The Skrulls are shape-shifting aliens who have long fought the Kree race (who in turn gave Captain Marvel her powers). Ben Mendelsohn will play Talos, a particularly troublesome member of the Skrulls who manages to infiltrate SHIELD using his abilities. Although Talos will clearly be a major threat in Captain Marvel, he and the rest of his green-skinned brethren aren’t the only villains that Danvers might face.

Joining her in the Kree military unit Starforce are two familiar and nefarious faces from Guardians of the Galaxy.

First up is Ronan the Accuser, an alien warlord who fought alongside Captain Marvel before turning on the likes of Peter Quill and Gamora. He’s also joined in their alien team, Starforce, by Korath the Pursuer, who would go on to become Ronan’s lieutenant before Drax killed him in the first Guardians film. 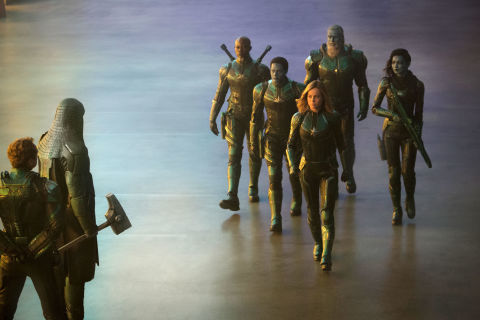 In the comics, Ronan and Talos have worked together more than once, so it’s possible that they may conspire against Captain Marvel here too. Perhaps our cosmic hero is tricked into joining Starforce, believing them to be good before their ulterior motives are revealed. If that’s the case, then there’s a chance that Jude Law’s character might turn on Danvers too.

According to IMDB, Law will play a character called Walter Lawson, otherwise known as Mar-Vell. In the comics, he’s directly involved in the accident that gave Captain Marvel her powers and she even adopted his superhero name as her own after he died.

Given that Law’s character leads Starforce in the upcoming movie, this all sounds rather straightforward thus far. The problem though is that Law himself has been remarkably cagey about his role in Captain Marvel, even declining to reveal his character’s name. If that weren’t suspicious enough, the new trailer also includes a scene where Law warns Danvers that she isn’t as powerful as she thinks she is, hinting at something more sinister between the pair. 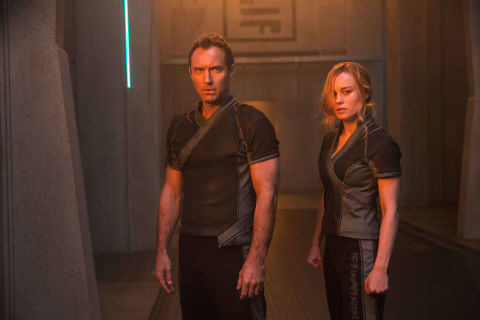 Because of this, rumours have begun to circulate suggesting Law might be playing a Kree villain called Yon-Rogg instead. In the source material, Rogg was also involved in Captain Marvel’s origin story, deliberately stranding Mar-Vell on Earth out of jealousy.

While it’s unlikely that Marvel will stick to this storyline exactly, we wouldn’t be surprised if some variation of this plays out in Captain Marvel still, perhaps revealing that Law’s character is the one who’s been manipulating Danvers and her memories.

During an interview with EW, Law revealed that the person he’s playing is driven by “a belief in the divine leadership of the Kree people”, so we wouldn’t put it past his character to control and eventually betray an Earthling like Danvers.

However, there’s a still a chance that Mar-Vell might appear in Captain Marvel through different means. Except from the fact that she’s playing a Kree scientist of some kind, little is known about Annette Bening’s role in the film and it’s entirely possible that Marvel might have gender-swapped Mar-Vell here, just like they did with The Ancient One in Doctor Strange.

Let’s just hope that Bening’s character doesn’t turn out to be evil too. Between Talos, Ronan, Korath and perhaps Law’s character too, Captain Marvel already has plenty to deal with in her first film outing.

Still, this is all good preparation for her upcoming showdown with Thanos, and it’s not like Danvers will be fighting the good fight alone either. After all, Goose the cat will be by her side and there’s more to our feline friend than meets the eye too.

'Into the Unknown: Making Frozen 2' Added Even More Pressure to Creating a Hit Disney Sequel