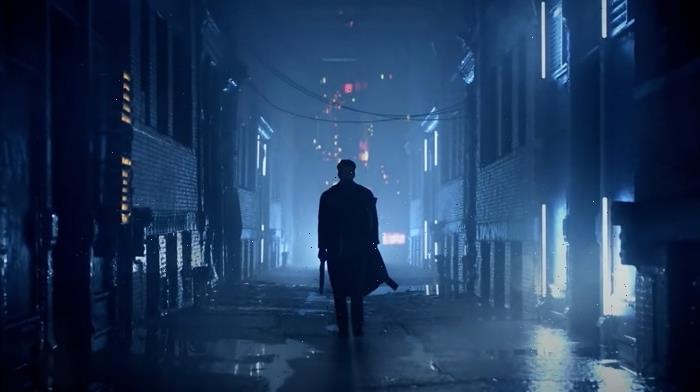 Do androids dream of electric sheep? I’m not sure, but I do know that I’ve been dreaming about the upcoming Blade Runner: Black Lotus anime from Crunchyroll, Toonami, and Adult Swim. While we saw a trailer last month, this opening sequence gives fans a much better idea of the tone and visuals of the cyberpunk series.

Blade Runner: Black Lotus will follow a new protagonist in the Blade Runner universe, a replicant named Elle (Jessica Henwick in the English dub/Arisa Shuda in Japanese). From what we’ve seen, Elle isn’t sure of herself or her abilities, and maybe didn’t even know she was a replicant. None of that matters, however, when Blade Runners start to hunt her down.

Los Angeles 2032. A young woman wakes up with no memories, and possessing deadly skills. The only clues to her mystery are a locked data device and a tattoo of a black lotus. Putting together the pieces, she must hunt down the people responsible for her brutal and bloody past to find the truth of her lost identity.

Black Lotus comes to Adult Swim and Crunchyroll from directors Shinji Aramaki (Appleseed) and Kenji Kamiyama (Ghost in the Shell: Standalone Complex). Joseph Chou, best known for his work on Appleseed and The Animatrix, executive produced the series. Perhaps most importantly, the great Shinichiro Watanabe, who directed the brilliant Blade Runner: Black Out 2022 short and the beloved Cowboy Bebop, served as a creative producer.

The trailer revealed at [email protected] was action-packed with lots of Elle on the run. There were still trademark Blade Runner elements like flying cars, rain-soaked neon streets, and Coca-Cola advertisements, but the tone felt a little off. After all, Blade Runner has always been a neo-noir, detective-style drama as opposed to an action-adventure. Thankfully, this opening sequence gets everything about Blade Runner just right, from the range of colors used to the haunting theme that plays.

An absolutely massive cast of performers will bring all of these characters to life: Will Yum Lee and Shinshu Fuji will voice Joseph, a mysterious man who owns a spare parts junkyard; Samira Wiley and Takako Honda are voicing Alani Davis, a fresh LAPD recruit; Brian Cox and Takaya Hashi will voice Niander Wallace Sr., founder and CEO of the Wallace Corporation; Wes Bentley and Takehito Koyasu are taking on the role of Niander Wallace Jr., a brilliant scientist working for his father (he was portrayed by Jared Leto in 2049).

You can catch Blade Runner: Black Lotus when it debuts on Adult Swim and Crunchyroll this fall.