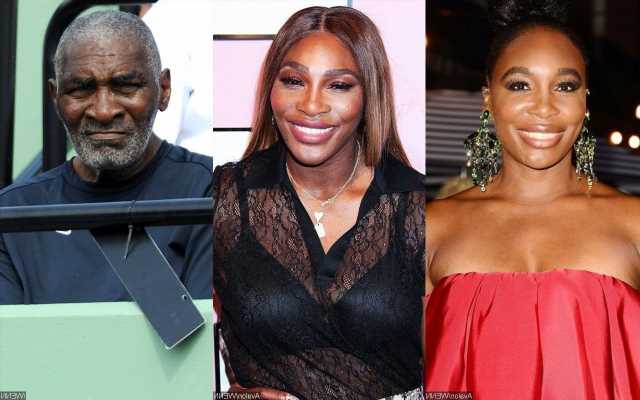 Slamming the Will Smith-starring biopic for ‘telling half the story,’ Sabrina Williams calls Richard Williams a serial cheater and ‘a sperm donor’ who abandoned her mother when she was sick.

AceShowbiz -While “King Richard” may have inspired thousands of moviegoers who have watched it, Venus Williams and Serena Williams‘ half-sister is not happy with the movie. Sabrina Williams has called out her father Richard Williams, who is the central character in the new biopic, following the movie release on November 19.

“It’s a comedy, no?” Sabrina told The Sun’s Niamh Cavanagh. “How can you make a movie by telling half the story?” She further slammed the movie, “It suddenly starts with dad and his new wife Oracene and their children. It’s like nothing happened before.”

“I think the title is completely over the top,” Sabrina continued. “He thinks he’s the king of the world, but no one that’s ever been around him thinks he’s King Richard. It is an outrageous title, but to truth be told, it fits him.”

Sabrina’s late mother Betty Johnson is Richard’s first wife. They were married in the early sixties and had five children together, Sabrina, Richard III, 56, Ronner, 55, Reluss, 54, and Reneeka, 49. Sabrina said she was eight years old and her younger sister was eight weeks when their father was leaving the house to buy her a bike, but he never returned.

“Truth be told, those girls rose to the top while his other children had to suffer because of the choices my dad made, we were raised in poverty after he left,” she told the outlet. “He’s not the king of the world,” Sabrina continued. “If you look at him psychologically, it’s something he’s never achieved apart from in his head, he’s lived only through two of his daughters forsaking all his other children.”

Sabrina further slammed her father as a serial cheater and called him “a sperm donor.” The 57-year-old said, “My mom always argued with my dad about his affairs, he was a serial cheat. I remember that was always the main thing they’d talk about.” She added, “I know there’s more siblings, I was told between fifteen and nineteen all over the place, from LA to Louisiana.”

“He is a selfish man, lives only for himself, he just uses his kids to get what he needs,” she further alleged. “He’s not a dad, he was just a sperm donor. He had five kids, and left them to my mom to grow up in poverty, and never once helped.”

Sabrina claimed that Richard snubbed the family during the worst times in her life, including when her mom was battling cancer in 1998. She said her mother needed money to afford medical care, but she couldn’t reach out to her father. He allegedly also didn’t attend his ex-wife’s funeral. “He had no interest whether she was dead or alive. It was utterly mind-numbing that my dad couldn’t even come to my mom’s funeral,” she added.

Sabrina said Will Smith should be “ashamed of himself” for portraying her dad, but she doesn’t feel any anger towards her dad, only pity. “Will Smith is not dumb,” she said. “They say Will Smith is probably getting an Academy Award for this, I held him in a deep regard, but, as a black American, he should have wanted to tell the full story.”

Neither the Williams sisters nor Richard nor Will Smith have responded to Sabrina’s claims.