Welcome to the Trailers of the Week: Holy Crap They Finally Dropped the Official Game of Thrones Trailer! edition. Yes, HBO revealed the first clips of the show’s last season, and it’s a destruction-filled doozy. We also got looks at the long-suppressed Aretha Franklin concert movie finally hitting theaters, a new TV true-crime anthology, some upcoming superhero movies, Amazon’s adaptation of a beloved cult novel, biopics, mock-biopics, broad comedies and more. Dig in.

The Act
We know, we know: What, another true-crime anthology series?! Except Hulu’s latest contribution to the genre — which covers the murder of Dee Dee Blanchard — features Patricia Arquette as the victim and The Kissing Booth‘s Joey King as her vengeful daughter, Gypsy Rose Blanchard. Murder, Munchausen syndrome by proxy and online contract killing all factor into the story. The trailer makes the whole shebang look just salacious enough to binge, assuming you could handle numerous episodes in a row of this kind of stuff. Premieres March 20th.

Amazing Grace
In 1972, Aretha Franklin performed two gospel concerts at a church in L.A. The recording of these shows is considered one of the greatest live albums of all time; Sydney Pollack’s film of the shows, however, was deemed unfit for public consumption by Ms. Franklin herself, however, and she almost took the producers to court when they’d planned to enter it into a film festival a few years back. Now audiences will finally get a chance to see it — and trust us when we tell you it’s even better than may have heard it is. Prepare to hear the voice of an angel and see the face of God come April 5th.

Brightburn
The second preview of this upcoming horror/superhero combo — the one that asks the question, what if that creepy psycho kid in high school was a pubescent Superman — isn’t for the squeamish. (That quick shot of someone pulling glass out of their eyeball is still making us shudder.) It also emphasizes the ghoulish aspect of the concept, with hints that a no-survivors plane wreck is just kids play on a bored afternoon for this super-powered teen with a chip on his shoulder. Elizabeth Banks plays both the roles of concerned mom and Final Girl in one single bound; young actor Jackson A. Dunn really does make this child feel like a monster. It opens May 24th.

Game of Thrones: The Final Season
A ship full of Jamie Lannister-led troops. A flaming sword. Arya Stark talking about death “having many faces.” John Snow and Daenerys Targaryen, riding side by side. Cersei Lannister drinking vino and looking like “haha, all my nefarious plans are coming together!” Dragons — oh, there’s lots of shots of the dragons. What appears to be a battle scene covered in thick red dust. Worried looking Westeros residents and soldiers. And then, the hoof of the horse of the freakin’ Night King. You’re going to watch this trailer a thousand times and still wish April 14th was, like, five minutes from now. 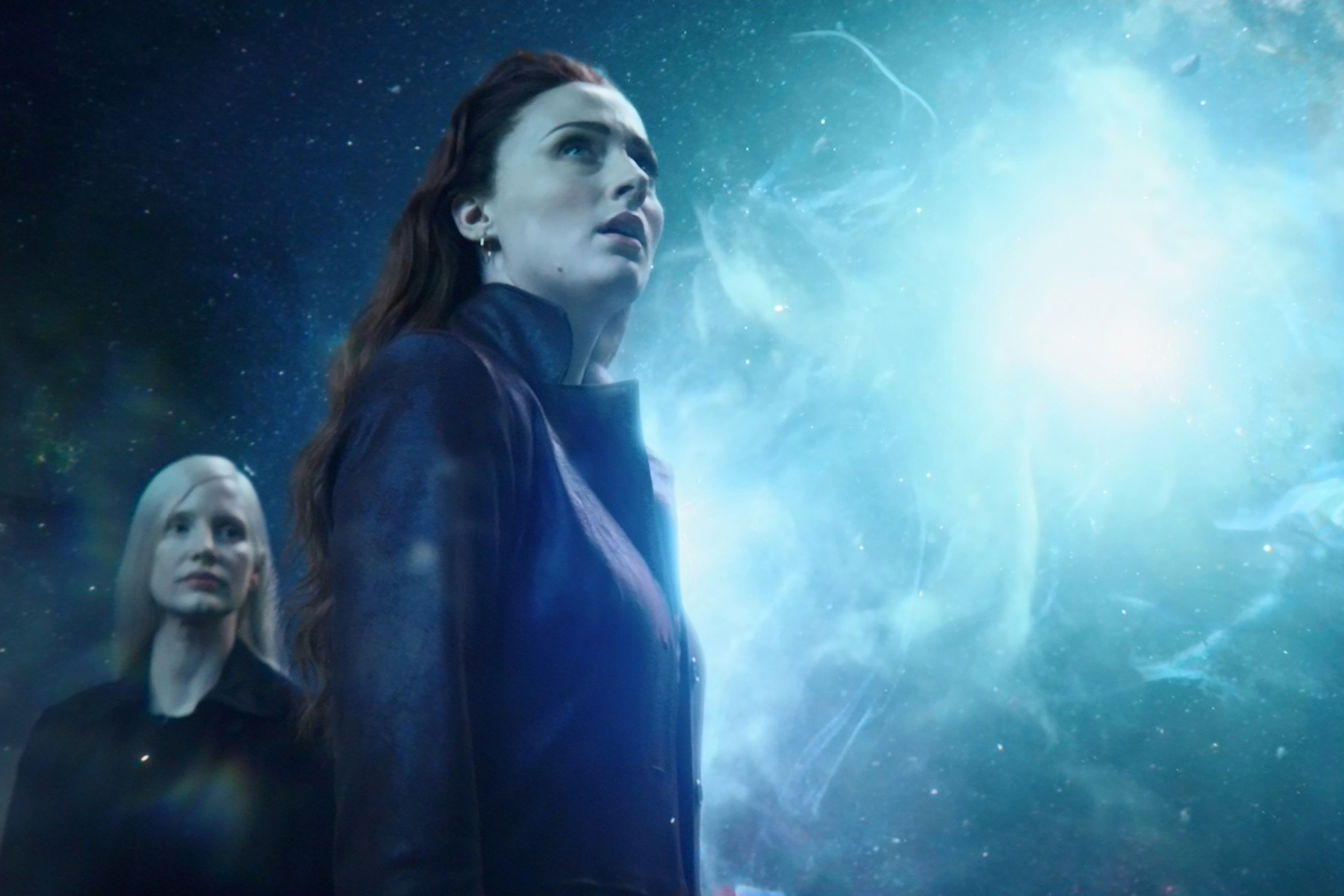 Good Omens
Even if you haven’t read Neil Gaiman and Terry Pratchett’s beloved novel about an angel and a devil trying to stop Armageddon, you have every reason to be jazzed about this upcoming Amazon show. Michael Sheen plays the heavenly emissary; David Tennant plays the hellspawn; they’ve both got to find the Antichrist, who’s gone M.I.A. just days before the end of everything is supposed to go down. Classic A.C. move! If that’s not enough, this clip also teases a massive demon, huge set pieces and Jon Hamm. May 31st.

Late Night
Mindy Kaling repeats self-affirmations then gets hit with a bag of garbage, and Emma Thompson is a curmudgeonly late-night TV show host who compares a writer’s barnd new baby to a debilitating drug problem. (The trailer also contains an entire montage of her firing people.) If you laughed at the thought of either that bit of physical comedy or the notion of the Sense and Sensibility star refusing to play nice with others, you will probably like this workplace comedy that Amazon Studios bought at Sundance for a price comparable to the GNP of a small country. June 7th.

Midsommar
Yes, it was a little over a year ago that filmmaker Ari Aster first dropped his modern-horror classic Hereditary on an unsuspecting public; yes, he’s already made a follow-up and that movie looks fucking terrifying as well. The cryptic teaser suggests that Little Drummer Girl/Fighting With My Family star Florence Pugh is attending what appears to be some sort of nine-day Scandinavian festival, all flowers and maypoles and spring-has-sprung celebrating. Quicker than you can say “has anyone there seen The Wicker Man perchance?”, things go from fun-Pagan to perverse and scary. The Good Place‘s William Jackson Harper and Black Mirror: Bandersnatch‘s Will Poulter costar. It hits theaters this summer, or rather, “sommar.”

Shazam!
Ponder for a second, if you will,the supreme irony that this DC Comics character from the Golden Age (his first appearance was in 1939) was originally named Captain Marvel; had to change his name to Shazam in 1972 because another company (let’s call them “Marvel”) had borrowed the name for one of their characters then cried trademark conflict; and the character’s big-screen DCEU debut now has to follow a Captain Marvel movie a little over a month later. Once you’ve mused over that, check out this second trailer for the upcoming superhero flick, which features Billy Batson meeting a wizard, saying the magic word, turning into a jacked-up dude in tights, etc. Big up Zachary Levi for providing both the beefcake and the comic relief. Also there’s 33% more Mark Strong in this one. Opens April 5th.

Someone Great
“We were together nine years,” says a reporter (Gina Rodriguez), talking about the relationship between her and her boyfriend (Lakeith Stanfield). Then this journalist gets an offer to work at her dream magazine job across the country, and suddenly it’s Splitsville. Depressed and heartbroken, she plans one last big night out in New York. The trailer for this Netflix original movie describes it as a “comedy/romance/break-up film,” which means the clip has tears, kissing, forlorn voiceover, getting-ready-for-a-night-out twerking, alcohol consumption, female bonding and appearances by Questlove and RuPaul. Kind of the perfect way to sell this joint, in other words. From Jennifer Kaytin Robinson, the woman who brought you Sweet/Vicious. April 19th.

Tolkien
Fox Searchlight’s first trailer for this J.R.R. Tolkien biopic a few weeks back took a more free-form approach to the story’s blend of harsh reality and escapist fantasy. This second clip, however, feels squarely aimed at future Oscar voters. So many tony English rooms and torrid glances between Nicholas Hoult’s young Tolkien and Lily Collins’ Edith Bratt! So many announcements or war, and young men in uniform going once more unto the breach! So many bike rides down fine old university lanes! And yes, sure, the occasional fire-breathing dragon. It opens May 10th.

Wild Nights With Emily
“Emily” as in Emily Dickinson — now off the chain, out of her brilliant mind and played by none other than SNL veteran Molly Shannon. See Emily write! And bake gingerbread! And put up with Brett Gelman as a stand-in for every obnoxious male ever! passionately make out with her true love, her sister-in-law Susan (Susan Ziegler)! A run-of-the-mill biopic this ain’t. Go see Tolkien for that. April 12th.