A romance between a lawyer (Rod Taylor) and a rich party girl (Tippi Hedren) is interrupted when birds launch a mass attack on a small Californian coastal town. Alfred Hitchcock was at the peak of his poetic powers when he made this seminal 1963 disaster movie, a technical tour de force that remains both shocking and mysterious. Digitally projected. Lido, Classic and Cameo, Sunday, January 19, 4pm, and Astor, Sunday, January 20, 7pm. Double bill with Psycho at Astor only. 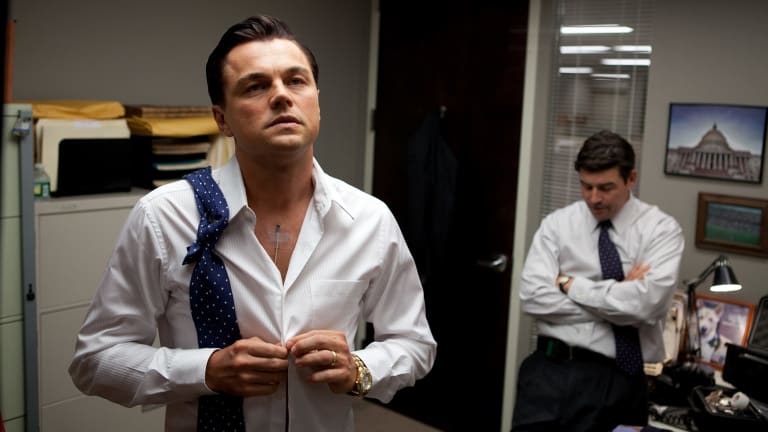 Leonardo DiCaprio and Kyle Chandler in The Wolf of Wall Street. Credit:Lindy Percival

If your kids are less familiar with vintage Warner Brothers cartoons than they should be, a quick fix is this 1979 compilation of some of the best work of ace director Chuck Jones, including such classics as What's Opera, Doc? and Duck Dodgers in the 24½th Century. Digitally projected. Astor, Sunday, January 20, 2pm. Double bill with the regrettable Space Jam.

M. Night Shyamalan's latest eccentric supernatural thriller sets out to psychoanalyse the entire superhero genre, with help from a trio of old friends – James McAvoy as the deranged kidnapper from Shyamalan's Split, and Bruce Willis and Samuel L. Jackson as the characters they played in the much earlier Unbreakable. For true believers, it's quite a ride. General.

A spiritual sequel to Goodfellas and Casino, Martin Scorsese's garish account of the rise and fall of a dodgy real-life brokerage firm suggests that business is simply organised crime by other means. Still, it's hard not to be won over by the antics of star Leonardo DiCaprio at his funniest and most physically inventive. Digitally projected. Barefoot Cinema (The Briars, Mount Martha), Sunday, January 20, 8.45pm (doors open 6pm). barefootcinema.com.au.

A bullied schoolboy (Louis Ashbourne Serkis) learns that he may be the reincarnation of King Arthur in this second feature from writer-director Joe Cornish (Attack the Block), a savvy family entertainment that borrows as much from Hollywood pop classics such as The Goonies as it does from British children's books such as The Sword in the Stone. General.