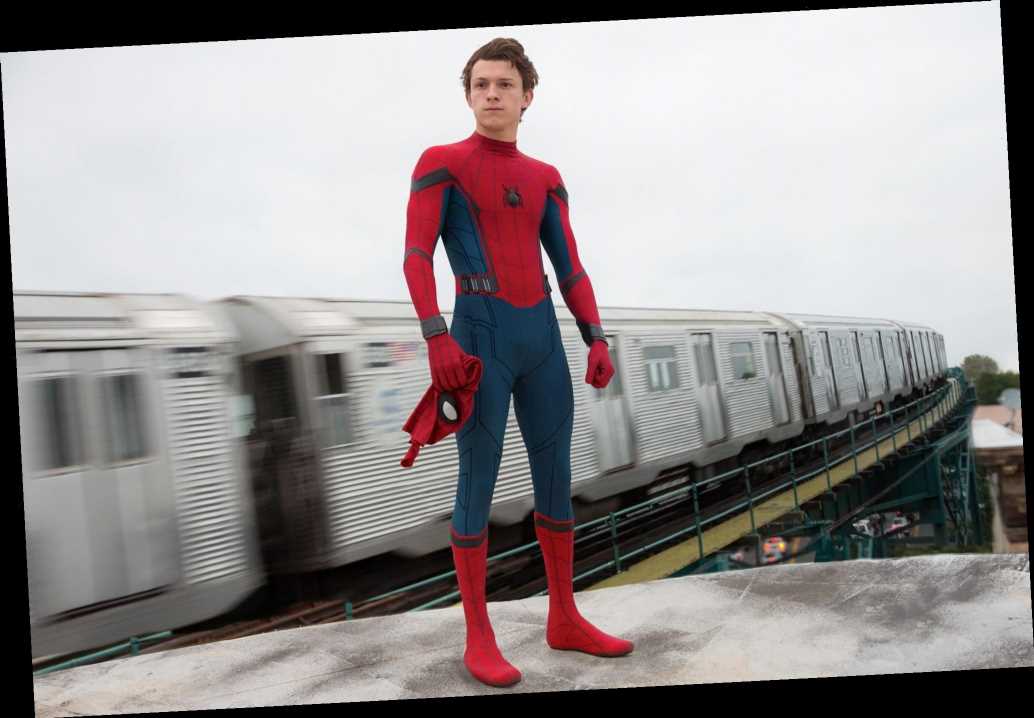 Tom Holland and the cast of Spider-Man 3 are giving fans their first look at the upcoming Marvel film.

The 24-year-old actor shared a still from the movie on Instagram Tuesday while joking about the title for the film.

"So excited to announce the new Spider-Man title. Can't wait for you lot to see what we have been up to. Love from Atlanta," Holland wrote, while also sharing another slide in the post with the title, "Spider-Man: Phone Home," a play on the 1982 film E.T. the Extra-Terrestrial.

Batalon, 24, followed suit sharing a new and different photo from the movie (although from the same scene), writing, "We're so excited to share the TITLE of our new movie!! Swipe right for the big reveal!!🤩😝😱also enjoy this exclusive still from the movie, just an extra gift from us😘."

Batalon's suggested title read "Spider-Man: Home-Wrecker," to which Holland responded in the comments with, "Wait what?!?!?!?"

Zendaya, also 24, shared a new photo as well, writing in the caption on Instagram, "So excited to announce the new Spider-Man title. So proud of this one…FOS is back!"

Earlier this month, Holland shared a photo of himself carrying his younger brother, Harry, on his shoulders while on the set of Spider-Man 3 in Atlanta.

Holland teased the third entry into the Spider-Man franchise in an interview with Variety saying "it's the most ambitious standalone superhero movie ever made."

"You sit down, read the script, and see what they're trying to do, and they're succeeding," Holland said. "It's really impressive. I've never seen a standalone superhero movie quite like it. And I'm just, you know, again, that lucky little s— who happens to be Spider-Man in it."

He continued, "We got a lot more shooting to do. We started before Christmas and shot for like seven weeks. We stopped for the Christmas break, and then we're starting again. I'm just as excited as everyone else to see it, let alone be a part of it."