If you’ve got a need, a need for speed, Top Gun: Maverick will help satisfy your craving. The Tom Cruise-led sequel to the 1986 original flies into theaters in May 2022. Die-hard fans had a long wait for the follow-up, and we’ll soon find out if Maverick can live up to the original. Yet Cruise, who once said it would be irresponsible to make a sequel, has faced some backlash for going back on his word. But Cruise doesn’t deserve criticism for changing his mind.

Ahead of Maverick hitting theaters for the 2022 Memorial Day weekend, Gizmodo unearthed Cruise’s 1990 Playboy interview. In that interview, Cruise concedes that some people felt Top Gun was Navy propaganda, a glorification of war.

Cruise compared the original Top Gun to an amusement park ride, a fairy tale that in no way represents reality. The actor also said it would be “irresponsible” for him to make a slew of Top Gun sequels.

That was then, and this is now, and Cruise doesn’t deserve Gizmodo’s — or anyone else’s criticism — for changing his mind and piloting Maverick into theaters.

We live in a land of choice and opinion.

The United States has several fast-food burger joints. There are dozens of movies in theaters any given weekend. We have hundreds of options in the soft drink aisle at the grocery store. We have choices and we have opinions, and we have the freedom to change both.

Cruise doesn’t deserve criticism for changing his mind about making Top Gun: Maverick. Why are we holding him to a higher standard than other creatives?

Daniel Craig had mixed feelings about being James Bond. The English actor once famously said he’d rather harm himself than continue, but continue he did. The Eagles had an acrimonious breakup, but the band successfully ended a long hiatus years later. The point is that Cruise is allowed to change his mind. 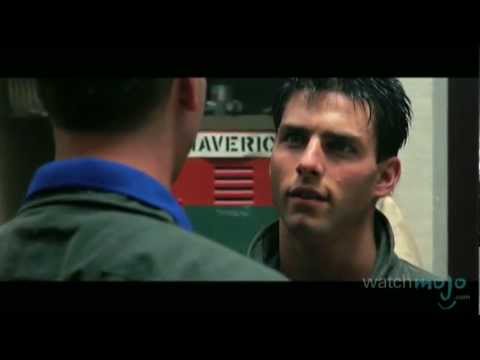 If the criticism is that Cruise is complicit in making military propaganda, he doesn’t necessarily deserve that either.

Judging by his work, Cruise doesn’t seem to be blindly patriotic. One of his three Academy Award nominations came for playing Ron Kovic in Born on the Fourth of July, which is firmly an anti-war movie. Cruise starred in 2008’s Valkyrie, which also showed that the parts of war that take place away from the battlefield can still be unpredictable, messy, and tragic.

Cruise doesn’t deserve criticism for making a movie, plain and simple. He wanted to return to one of his iconic characters, and that’s what he’s doing. We shouldn’t hold Cruise to a higher standard unless we’re prepared to do so for all actors, directors, producers, and screenwriters. Are we going to call out producer Jerry Bruckheimer, too? Or co-star Val Kilmer? Or screenwriters Ehren Kruger, Christopher McQuarrie, and Eric Warren Singer.

Let’s wait until ‘Top Gun: Maverick’ hits theaters before we judge it

Cruise once again portrays Pete “Maverick” Mitchell in Top Gun: Maverick, and he’s a producer on the sequel, which means he has a financial stake in its success. We know Kilmer, Miles Teller, Jennifer Connelly, Glen Powell, Ed Harris, and Jon Hamm co-star. We know it comes out Memorial Day weekend. And we know Cruise insisted on realism, even making his co-stars go through flight training.

But we don’t know what the finished product looks like.

The trailer shows a scene in a graveyard and Cruise saying the line, “Someone’s not coming back from this.” A two-minute clip won’t reveal all the details, but Maverick doesn’t appear to be all about portraying the glory of the battlefield. It doesn’t seem likely, but the film could close with Maverick retiring from the Navy for all we know.

Let’s save our Cruise criticism until we know exactly what it is we’re criticizing.