By this point, you've probably watch the sequel to To All the Boys I've Loved Before, To All the Boys: P.S. I Still Love You, on Netflix. Or maybe you've already sat through multiple viewings, which…fair. The films, based on the books by Jenny Han, have captured the hearts of so many since we first watched Lara Jean Covey (Lana Condor) and Peter Kavinsky (Noah Centineo) fall in love.

The second film, however, brought some complications to the fairytale romance by way of John Ambrose McLaren, one of the other boys Lara Jean wrote a love letter to in the first film. In fact, the two model UN pals end up volunteering together at a retirement home now that John Ambrose has moved back to town. Plus, Lara Jean is navigating a lot of firsts in her relationship with Peter, making her insecure and casting doubts on their future as a couple. But by the end of To All the Boys: P.S. I Still Love You, all is well with our happy couple—thank goodness.

There's no cliffhanger moment like there was at the end of the To All the Boys I've Loved Before, so we don't yet have a teaser for the third movie—but it is definitely happening.

Here's everything we know so far about To All the Boys: Always and Forever, Lara Jean.

The release date. The movie has already been filmed, but we don't yet know when it will premiere. Since Han's third book opens in the fall of Lara Jean's senior year, some think we may get the final installment in August or September 2020.

The cast. Of course, Condor and Centineo will be back as the stars—what would this movie even be without Lara Jean and Peter?

“One day all of this will be proof, proof that we were here, proof that we loved each other. It’s the guarantee that no matter what happens to us in the future, this time was ours.” – Always and Forever, Lara Jean. It’s been 16 days since the To All The Boys I’ve Loved Before franchise wrapped shooting movies 2 & 3. I’ve been really struggling how to put into words my feelings towards this ending… words will never be able to describe my love for Lara Jean. Her family, her friends, Peter. Words will never be able to describe the long nights on set, where it would suddenly hit me, like a ton of bricks, that I was getting the honor of portraying a girl so fiercely determined in love, who represents strength in softness. Words will never be able to describe my gratitude to YOU, for loving her as much as I do. For tying your hair up in a scrunchie and saying “let’s do this.” Thank you from the very bottom of my heart, you’ve made me feel like the luckiest girl alive. Always & Forever, your Lara Jean.

From the looks of the IMDB page, it appears that the rest of the Covey family, along with LJ's friend-turned rival, Gen, and her BFF, Christine will all be back. Janel Parrish told Entertainment Tonight that the eldest Covey sister will get more screen time in part three. "You will see a lot more Margot in the third movie," she said. "You get to see a lot of family time in the third movie, which I love. I think it's one of my favorite parts of the film is the bond between the sisters because I'm so close with mine and my family, so I love that."

Jordan Fisher played coy about whether his character will return. "Filming for the third film has already taken place and I, Jordan Fisher, cannot confirm nor John Ambrose's involvement in the third film," he said. 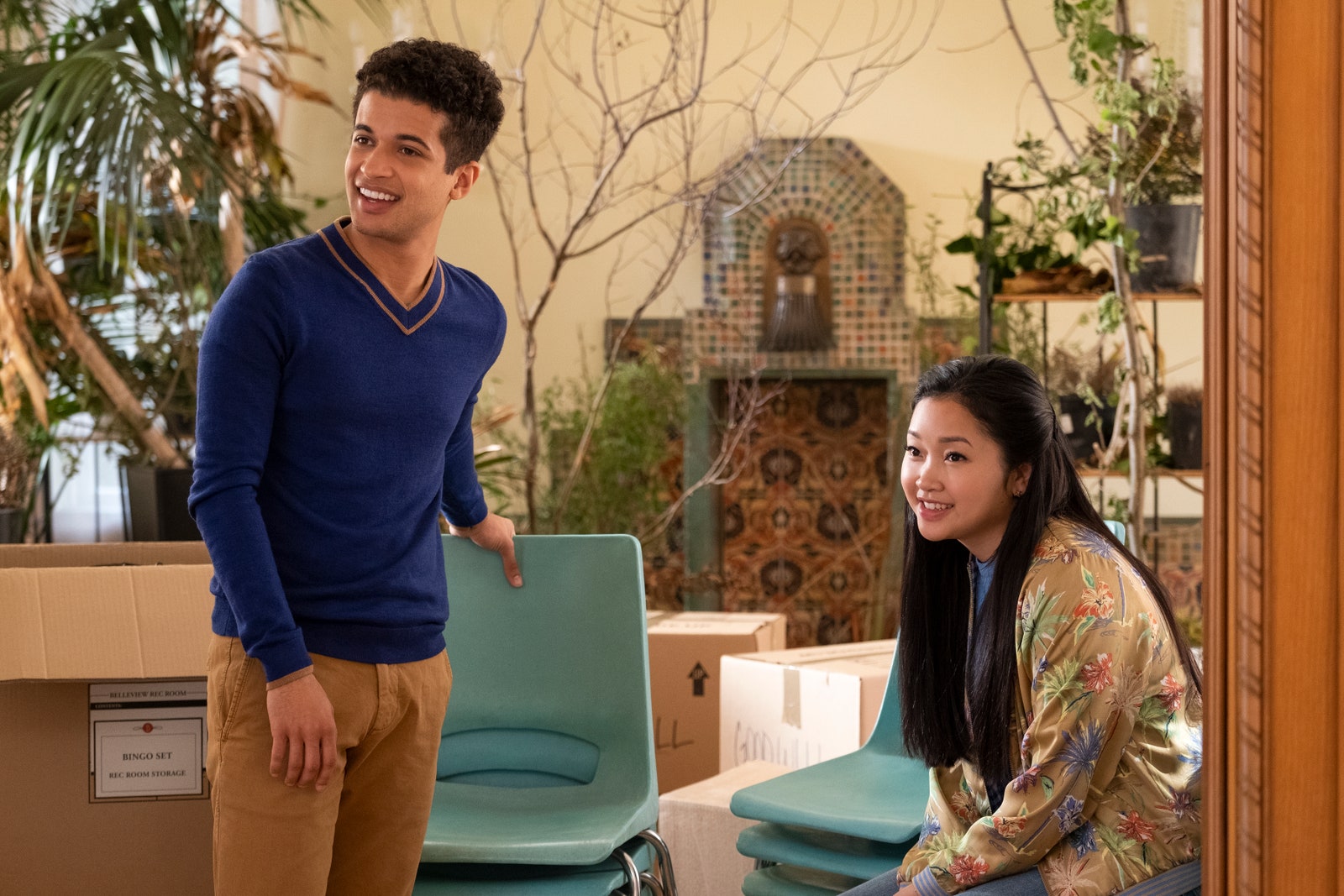 The plot. "The third movie really explores what happens when you're in a relationship and then you have all the real-life stuff that comes into play," Han told ET. At this point in their young lives, that will definitely include college. As for Lara Jean and Peter's future? "If I'm doing my job right, you're worried," she said.

"I think she really starts to make decisions for herself that might be unpopular but I think at the end of the day, as a young woman, you have to protect your own heart and make the decisions that are truly right for you regardless of the other people around you," Condor added. "Lara Jean loves love and she loves the guys, but at the end of the day, I know that she's good on her own as well. We'll see. It's very satisfying, like, 'Yes, girl! Get your life!'"

We'll also get to see more of Dr. Covey's (John Corbett) relationship with their neighbor, Trina (Sarayu Blue). "One of my favorite parts of the third film is watching this budding relationship with our dad and his new lovely, beautiful, sexy woman," Parrish told ET. "There's definitely some mixed reactions with the girls and there may be some friction in the beginning." Blue added, "There's a little bit of conflict in the best way." 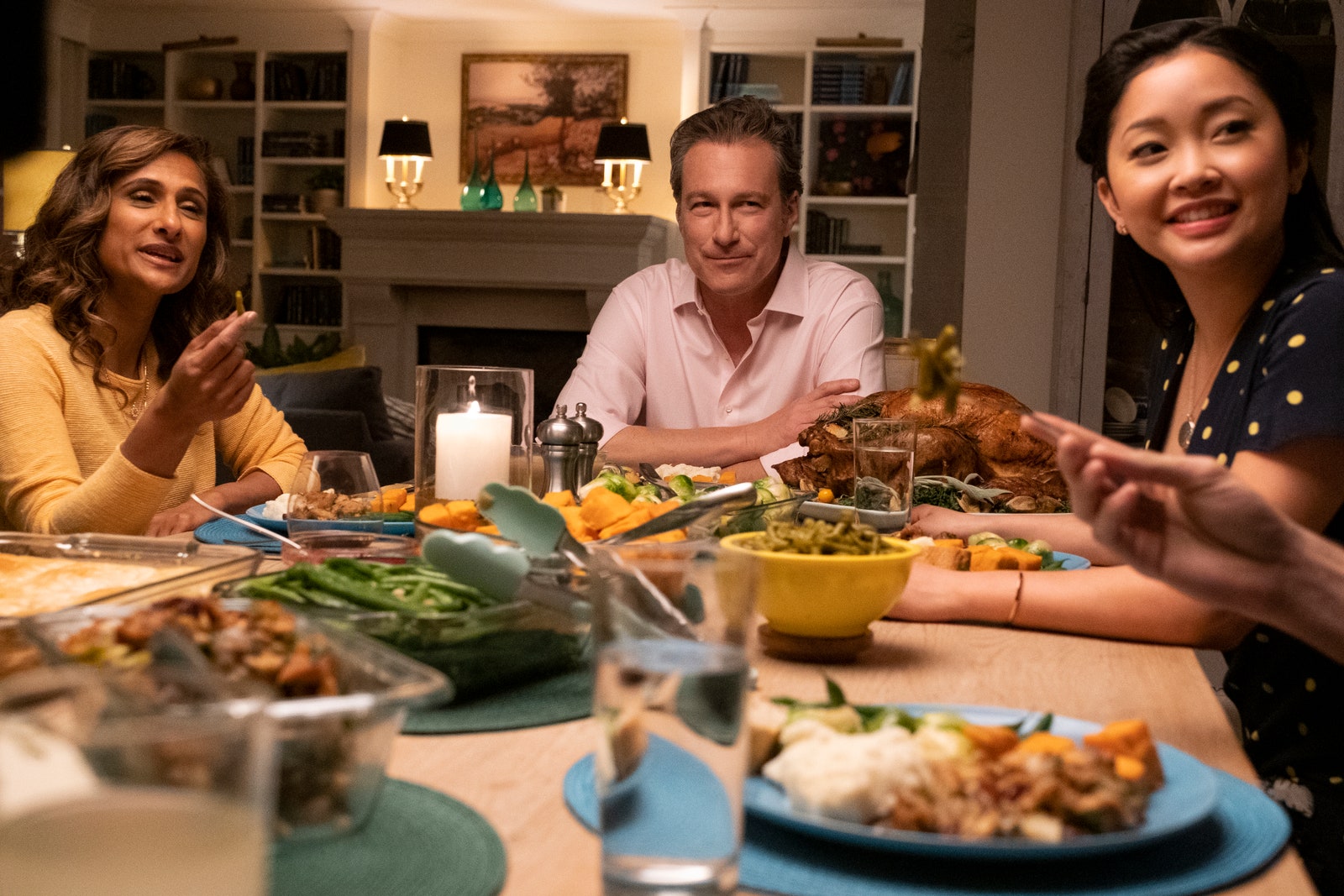 In the book, the Covey sisters travel to Korea to see their grandmother and they did film there for the movie, as well. "We spent a lot of time in Korea shooting… We were there for so long, I hope that they just show a lot of Korea," Condor said. "And ultimately, I want to celebrate the culture, so I think it's really important that we keep as much of Korea in the movie as possible."

This post will be updated as more details about the third To All the Boys I've Loved Before movie are revealed.