A few years have passed since Iron Man first swaggered onto the comic book movie scene, so naturally his costume has changed over time. Following trends is important, y’know.

Unsurprisingly, then, eagle-eyed Marvel fans will have noticed a different, more streamlined outfit worn by Robert Downey Jr’s Tony Stark in Avengers: Infinity War, but now we know why.

And it’s more substance over style.

Explaining the reason for Tony’s Bleeding Edge armour in the Avengers epic, Marvel Studios’ Victoria Alonso revealed that the threat of Thanos was the deciding factor. 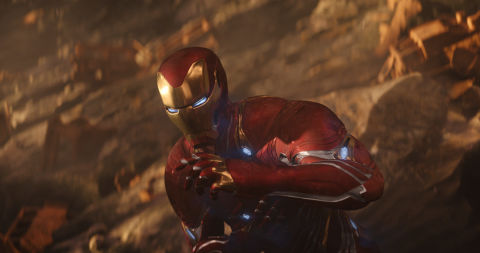 “The Bleeding Edge was something that we talked about for a long time. We wanted to have something that was tighter to the body, that he could command on the go, that didn’t require him to suit up elsewhere,” she said (via ComicBook.com).

“He could do it just by tapping the RT, and create different weapons that came from the suit itself so he could defend himself — because don’t forget, he’s never had to face someone like Thanos.”

Arm cannons aren’t everything, we take it.

Despite the drama of Tony’s Bleeding Edge suit – and the intrigue it caused in the run-up to Infinity War – it’s hardly his most groundbreaking look.

After all, Stark has a history of going through multiple physical changes in the comics, and at various times has been a cyborg and even a disembodied AI. Figures. 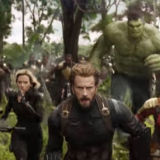 Avengers: Infinity War is out now on Blu-ray, DVD and digital download.