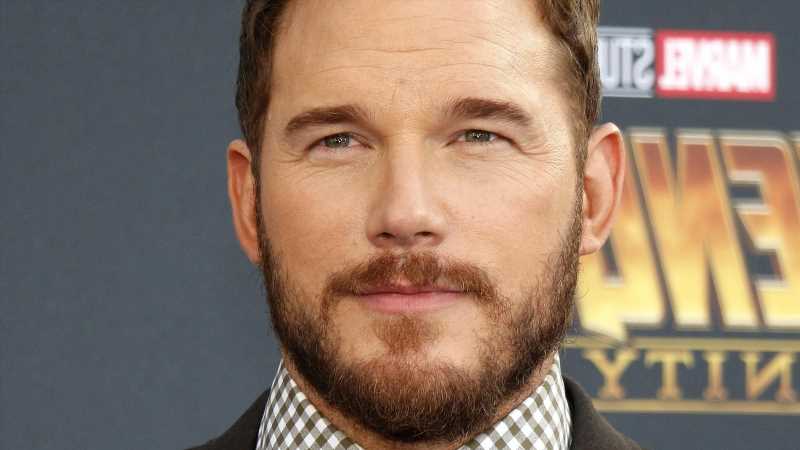 In today’s movie landscape, Chris Pratt is one of the biggest movie stars there is. The Minnesota-born actor has not one, not two, but three hugely successful franchises under his belt, in addition to a slew of other high-profile roles. He also played an iconic character on a successful, long-running, beloved sitcom, and is now one of the most in-demand leading men. Not many actors even get near that status.

All this success didn’t come overnight, and Pratt yo-yoed his bodyweight to win certain roles. Starting out as a lovable, doughy goofball, Pratt eventually proved his mettle and showed his range in dramatic roles, moving from small screens to huge blockbusters.

Pratt’s mom worked at a supermarket while his dad remodeled houses. The family moved to Lake Stevens, Washington, when Pratt was 7, and he became an athlete on the high school wrestling team. When their state tournament became the subject of an ESPN documentary — after go-getter Pratt pitched it — Pratt got his first taste of the film industry. He wasn’t sure yet what he wanted to do for a living, but he knew he’d be successful, telling his coach (per Entertainment Weekly), “I know I’ll be famous and I know I’ll make a s**t-ton of money.” Wow, was he right!

From schlubby character actor to buff sci-fi action hero, from Hawaiian beach bum teen to loving dad and husband, let’s look at the career and stunning transformation of Chris Pratt.

Chris Pratt bummed around Hawaii before his big break

After his high school wrestling career and the ESPN documentary, Chris Pratt went to community college and took acting classes — but he didn’t stay there long. He left after a semester and followed his buddy, who bought him a one-way plane ticket, to Hawaii. He lived in a van in Maui and worked odd jobs, according to Before They Were Famous, including as a coupon salesman and a daytime stripper, as well as waiting tables at Bubba Gump Shrimp Co. “[Maui is] a pretty awesome place to be homeless,” Pratt told The Independent. “We just drank and smoked weed and worked minimal hours… just enough to cover gas, food, and fishing supplies.”

When Pratt waited on actor-director Rae Dawn Chong, she offered him a role in her short film “Cursed Part 3.” The 19-year-old Pratt then knew what he wanted to do. “The moment she told me she was bringing me to L.A., I knew,” Pratt told Entertainment Weekly. “I was like, ‘This is what I’m going to do with the rest of my life.'” Chong’s film was never released, but that didn’t matter. “My movie sucked,” Chong told EW, “but [Pratt] was awesome.”

Pratt stayed in Los Angeles and auditioned for roles. He almost left the city but then won the role of high school jock Bright Abbott in the WB Greg Berlanti drama “Everwood.” Pratt was 23, but they didn’t mind. He stayed with the show for all of its four seasons, from 2002 to 2006.

After completing his arc on the WB’s “Everwood,” Chris Pratt moved on to the role of Ché on the teen soap “The O.C.” “It was the final season of ‘The O.C.’ and the kids were checked out,” he said to Entertainment Weekly. During that time, Pratt began his career on the big screen, starting as Brason, the love interest for Amy Sedaris, in a prequel movie to the cult series “Strangers with Candy,” which also starred Stephen Colbert. Pratt told Colbert on the “Late Show” that he lost money on that film, because he flew to New York so he could be considered a “local hire,” but then needed to fly back to L.A. during the shoot because there was a warrant out for his arrest.

After “The O.C.,” Pratt played side characters in other movies: as office bully Barry in the Angelina Jolie and James McAvoy action thriller “Wanted”; as Anne Hathaway’s groom Fletcher in “Bride Wars”; and as Officer Roman Duda in “Jennifer’s Body.” He also appeared in “Take Me Home Tonight,” which was shelved for four years before its short-lived theatrical release, but he met his future wife Anna Faris on set. They were engaged two years later.

But his breakout role, one of the roles he’s most known for, came next.

Chris Pratt wins the role of man-child Andy Dwyer, and his body transforms

Nearly as soon as Chris Pratt auditioned for the role of Andy Dwyer, the oafish boyfriend of Rashida Jones’ Ann Perkins on “Parks and Recreation,” the creators needed to reassess the part. Andy was supposed to be a six-episode arc on the series, but co-creator Michael Schur was so impressed with Pratt that they reconsidered. “We have to reconceive this, because this guy’s the funniest person we’ve ever seen,” Schur told Entertainment Weekly. “We’re not letting that guy go.” Pratt was largely untrained, yet held his own with comedy greats like Amy Poehler. “Pratt is very often the best improviser in the cast, which is really saying something,” Schur said. Andy Dwyer stuck around for the series’ entire seven-season run.

While working on “Parks and Rec,” Pratt continued his rise in Hollywood, taking on bigger and better movie roles. His high school experience as a wrestler, and their (albeit controversial) practice of cutting weight for sporting events, helped him in his career because he knew how to gain and lose weight quickly — even if it’s not always healthy. When considered too heavy for the role of real-life ballplayer Scott Hatteberg in 2011’s “Moneyball,” Pratt kept his eye on the casting while he lost weight. He told Movieline that he lost 30 pounds in three months, but he won the role. The part also broke him out of his goofball persona and showed his range for more dramatic turns.

Chris Pratt almost turned down Guardians of the Galaxy

Chris Pratt continued his meteoric rise in Hollywood with a series of films, all while furthering his arc on “Parks and Rec” — and yo-yoing his weight. He told Movieline that he gained around 50 pounds for his role in the class-reunion dramedy “Ten Years.” He also played the role of Disgusting Donald in the romcom “What’s Your Number,” opposite his then-wife Anna Faris, whom he blames for his weight gain. “Anna’s favorite thing to do is fatten me up,” he told Entertainment Weekly. But he lost the weight again, adding muscle, for his role in 2012’s “Zero Dark Thirty.”

In 2014, Pratt landed the motherlode of movie roles: a leading role in the Marvel Cinematic Universe. It almost doesn’t matter which role in the MCU you get, you’re set for life, but Pratt landed a good one. Pratt stars as Peter Quill/Star-Lord in the critical and box office hit “Guardians of the Galaxy,” also appearing in two “Avengers” films (and counting), and two “Guardians” sequels — firmly establishing his destiny as Hollywood leading man.

The funny thing is, he almost turned it down. When “Guardians” casting director Sarah Finn invited him to read for the role, he declined, remembering his humbling auditions for the “Star Trek” reboot and “Avatar.” After the latter, they told Pratt he didn’t have that “It Factor,” so Pratt resigned himself to character roles. That changed when director James Gunn tested him for Quill. “I knew within 20, 30 seconds he was the guy,” Gunn told EW.

Chris Pratt is king of the franchises

As if protecting the Galaxy for one massive franchise isn’t enough, Chris Pratt also helms two other enormously successful franchises: voicing Emmet Brickowski in “The Lego Movie” and its sequel, and as Owen Grady in 2015’s “Jurassic World” series. Pratt is a huge fan of action movies, and especially of “Jurassic Park,” calling it, “my ‘Star Wars.'” But the long hours of filming also took a toll on his family life with Anna Faris and their son Jack. “From [Jack’s] seventh month to his 13th month, I saw him twice,” Pratt told Entertainment Weekly.

Pratt and Faris divorced in 2018, but remain close friends while caring for Jack. Pratt started a relationship later that year with Katherine Schwarzenegger, author and daughter of Maria Shriver and Arnold Schwarzenegger. The two announced their engagement on Instagram in January 2019 and were married in June of that year — which makes Pratt a member of the infamous Kennedy family. Katherine gave birth to their daughter Lyla Maria during the pandemic, in August 2020.

After “Jurassic World,” Pratt starred in the remake of “The Magnificent Seven,” and acted opposite Jennifer Lawrence and Michael Sheen in “Passengers.” He received a star on the Hollywood Walk of Fame in 2017, and lent his voice to Disney’s “Onward” in 2020, and his film “The Tomorrow War” is set for Amazon Prime in July 2021 — and that’s only his non-Marvel or dinosaur-related endeavors. Pratt is showing no signs of stopping.