Guess what? The highest-grossing actor of all time isn’t even an actor.

They are all eclipsed by someone who doesn’t even make a living from getting in front of a camera. That man is none other than the creator of the Marvel characters you all know and love – Stan Lee.

Business Insider recently published a list of the highest-grossing actors of all time which did, in fact, place Samuel L Jackson at the top with a whopping total earnings of $5.75 billion at the box office – but, as someone on Reddit rightfully pointed out, Stan Lee was crucially missed off the list.

The Marvel man’s cameos in the MCU alone have mounted up to $6.87 billion, and that’s not even including his appearances in every Sony Spider-Man film, most of the X-Men movies, two Fantastic Four films, the Deadpool series, Daredevil, Venom and more! 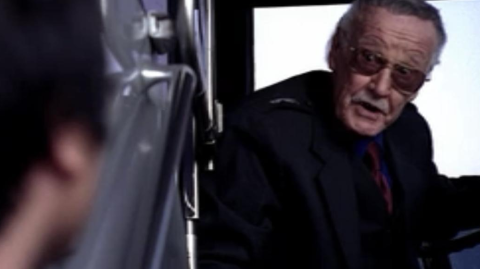 Of course, a Marvel film just wouldn’t be right without an obligatory cameo from Lee, and there have been plenty of memorable ones, including Guardians of the Galaxy (vol. 1 and 2), Captain America: Civil War and Thor: Ragnarok.

But who would have thought these little appearances would make him the most successful actor of all time? We’ve ranked them from worst to best here.

Next post How old is Maisie Williams, when was she in Doctor Who and who will she play in the new X-men film?