Tom Hanks’ chosen line of work, of course, is acting. Here’s how he started: On a family car trip, young Tom heard a bird, and announced that fact by adopting a Shakespearean delivery and saying, “Hark, a mourning dove!” It got a laugh, as he hoped. So he spent the rest of car ride trying out variations on it: “Hark, some cows!” “Hark, I need to go to the bathroom!” Fortunately for all parties, he eventually developed some new material.

Being the wiseass looking for the punchline at all costs carried Hanks through high school and his sitcom career. Gradually, he toned down his comedic desires in favor of his dramatic training. But the back‑of‑the-classroom cutup never went away entirely: that’s why Hanks is one of the most coveted talk-show guests in the world and why he hosted Saturday Night Live nine times (the fifth-most-frequent host ever) between 1985 and 2016, fully committing to characters ranging from a terrible Olympic ice skater to Mr. Short Term Memory. When he played an Aerosmith roadie, he adjusted microphones with uncommon intensity, getting laughs just from the way he said “sibilance.” 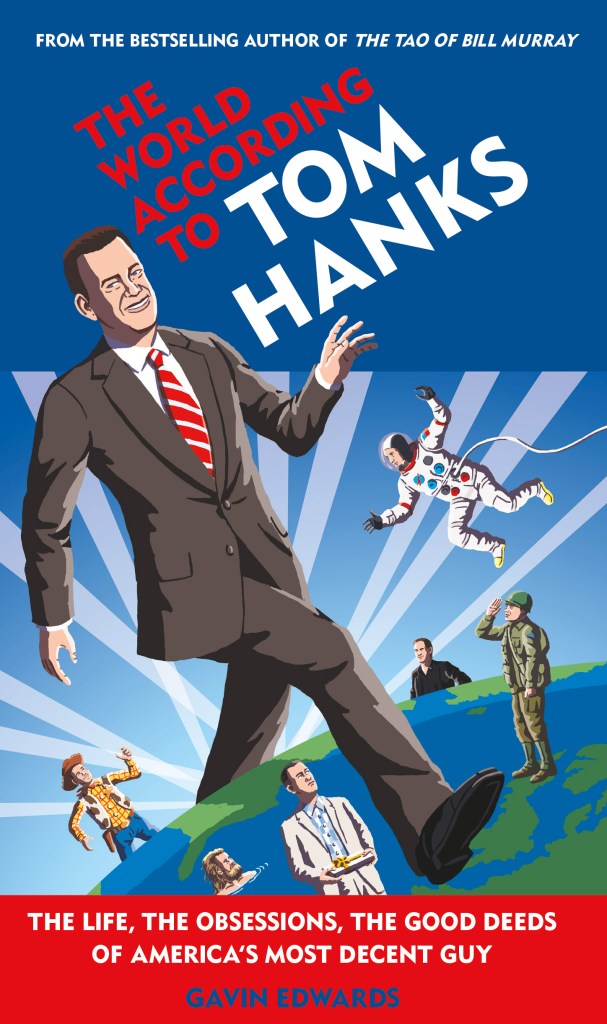 In 1989, after making Joe Versus the Volcano, Hanks was asked how he approached comedy. “Blindly,” he said. “I think it takes care of itself.” He explained that his attitude was more than the confidence of the seasoned professional; it derived from his belief that if everybody did their jobs, the comedy would emerge. “It’s an assumption the actor has to make—and then pay no attention to it,” he said. “You have to go on to the more specific tasks of actors: to actually walk in the world, to reflect what’s going on in society, to be a breathing character others can recognize. I consider myself an actor before I consider myself a comedian, but I’m certainly aware that I’m funny and that my movies are comedies.

After Garry Marshall cast Hanks in Nothing in Common, he congenially asked his star how he liked to be directed. Hanks told him that he preferred to avoid lengthy, abstruse discussions of motivations, and responded well to basic comments like “louder,” “softer,” “slower,” “faster,” “lighter,” “darker,” “smarter,” “confused,” “aware,” or “not aware.” “You can do a whole movie with Tom just by using those words,” Marshall said.

Some years later, Marshall recalled, Hanks confided that a director on another film had told him, “I see this scene as chartreuse.”

“So do I,” Hanks readily assented, although he had no clue what the director was talking about.

Hanks was open to different working methods with different directors. Clint Eastwood famously liked to shoot just one take; Penny Marshall preferred to rehearse until everybody’s brain cells hemorrhaged. Hanks didn’t even mind if a director tried to “trick” him: if surprising him with an unexpected element in the middle of a scene got the desired performance, he could roll with that. He insisted that some of the most valuable feedback he’d ever gotten was: “That was terrible. I didn’t believe a moment of that. You’re horrible. You call yourself an actor?”

The one thing Hanks really wanted: the shooting schedule. If he knew in advance that he had a major scene coming up, he could prepare and pace himself, making sure that he would have the necessary energy and focus.

For a big scene — one where he cries, for example — Hanks used to confine himself to his trailer, isolating himself, trying to stay at a boiling point of intensity, which would get harder and harder as one hour of waiting stretched into four. “You attack and it’s finally done and you’re spent and going ‘I can’t keep doing this to myself,’ ” he remembered. “Now it’s a matter of, ‘Look, I’ve done the work, I understand that when the time comes it’s gonna be alright.’ In the same way that I’m aware that if the kid has a bloody nose, there’s an easy way of taking care of it, as opposed to [high-pitched scream] ‘Oh my god, he’s got a bloody nose!’ ”

Scott Shepherd, who played opposite Hanks in Bridge of Spies, had one day on the set where he decided to focus on Hanks’ technique. It was a scene where Hanks’ character was arguing before

the Supreme Court; Shepherd’s character was in the crowd of people watching. “I was basically an extra in that scene,” Shepherd said. So while Steven Spielberg filmed elaborate tracking shots of the justices, Shepherd watched Hanks deliver the same speech over and over. “I loved trying to figure out what his thing was, because it wasn’t obvious,” Shepherd said. “Other people, they put on headphones between takes, they’ve got some kind of routine going.” One thing Hanks did was to start the scene before the assistant director had finished saying the word “action.” Shepherd noted, “That’s professional and efficient, but it’s also a good way of not overthinking—you’re already in the speech and you have to negotiate your way out of it before you have time to make a plan.”

Shepherd said, “I have a hard time not falling into the trap of ‘That was almost perfect—do all that again and just change one thing.’ But if you do that, you stop being creative. He would come at the scenes different ways—he felt free to get rid of whatever he had just done.” 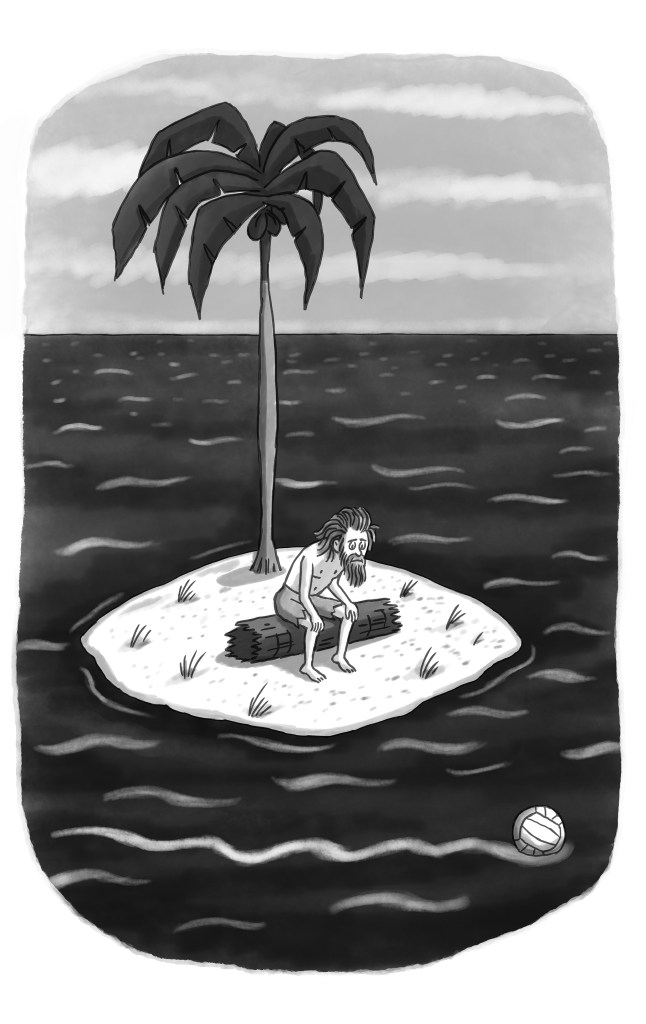 Hanks wasn’t a chameleon or a wizard with accents, and he understood that he was more naturally suited to playing a wacky zookeeper than a bare-knuckled drill instructor. Again and again, though, he pulled off the magic trick of making it look like he was hardly acting, just saying his lines in a natural fashion. Only after the fact did you realize how much distance there was between, say, his HIV-positive lawyer, his marooned efficiency expert, his simpleton millionaire, and his washed‑up baseball manager. Not just in their professions or their superficial appearances, but in their beliefs, their rhythms, and their emotional lives. Hanks did the hard work of constructing a full life for all those characters—and many more—so that the slice of each one that appeared on screen would feel organic.

Hanks would never ask a director for his character’s motivation—as far as he was concerned, it was the actor’s job to come up with that. “Because if you don’t get up from the desk and cross to the window, we won’t see that there’s a bad guy in the phone booth across the street. So you have to figure out why you’re getting up and walking over to the window—even though it seems incredibly fake, even though there’s no reason to do it, you’ve got to communicate the reason why you’re getting up and going over to the window.”

He didn’t belong to the school of clenched-jaw Method acting, and dismissed actors who tried to stay in character for the duration of a film shoot. “Call me by my character’s name,” he said mockingly. “Then what are you doing in the makeup trailer?”

Asked about what memories he channeled when he had to look haggard on screen in Cast Away, he scoffed, “You mean when I crossed my eyes and thought about my dog that died when I was seven? It didn’t work like that. It was just acting. That’s what they pay me to do.”

Nora Ephron, who directed Hanks in Sleepless in Seattle and You’ve Got Mail, said, “The older I get, the more interested I am in people who are not going to tell you their innermost hopes and fears. It’s what he’s pulling all these performances out of. But he isn’t going to tell anyone about it, partly because it’s none of your business and partly because it’s bad manners. It’s America at its finest, at its most absolutely pre-Freudian finest.”

Sally Field, his costar in Punchline and Forrest Gump, put it a little differently: “You know, underneath there’s somebody else. Somebody dark. And it’s a man. Not a boy, but a man who I sense has a lot of anger in there. And he doesn’t feel he has to hide that on the screen; he just hides it when he’s not on screen.” 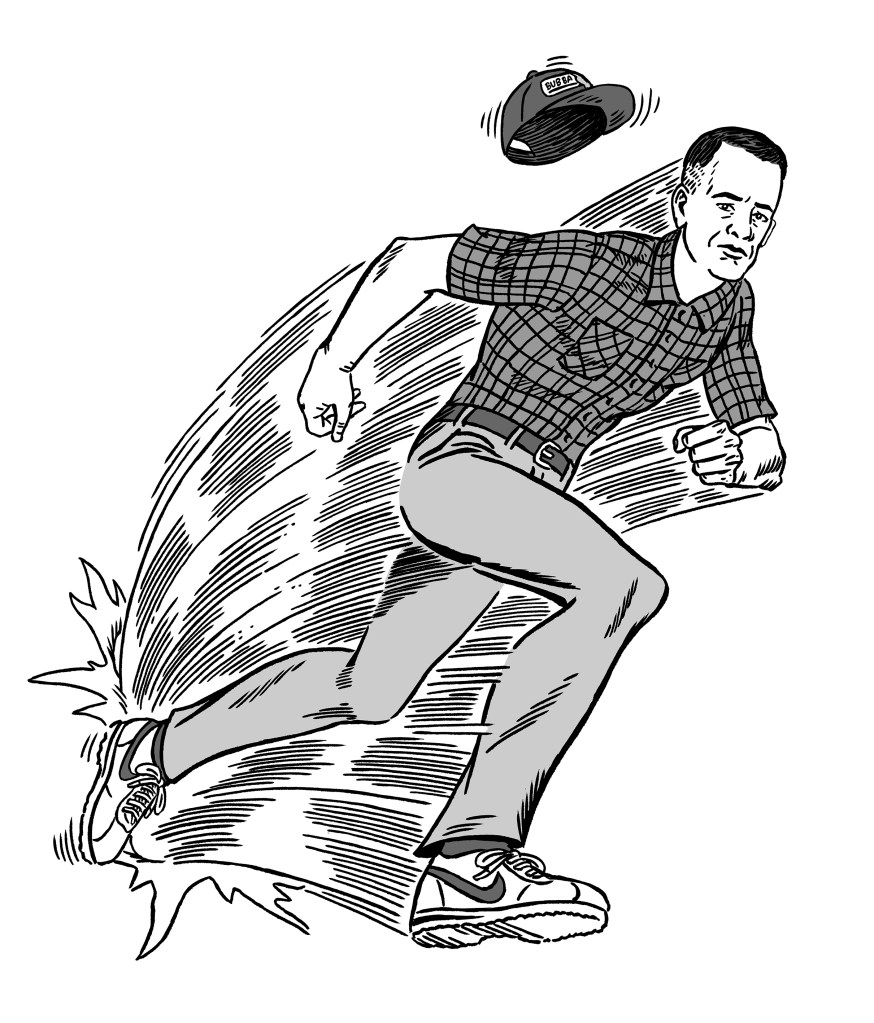 Asked directly, Hanks acknowledged there was truth in what Field saw, but declined to discuss it further: he preferred to keep some areas of his life private. He claimed that he had extracted every easy ounce of emotion from his own memories long ago. “You can only mine these things so many times,” he said. “I’m running out of emotions in my own life. I’ve got to get some more stuff.”

Through a combination of life experience, inner darkness, and hard work, Hanks reached the point as an actor where he could consistently achieve the focus necessary for the job. Some actors get bent out of shape if somebody steps into their “eye line” on a movie set (famously, Christian Bale had an epic tantrum over that issue on the set of Terminator: Salvation).

“If you’re paying attention to the artificiality of it all, then you aren’t in character,” Hanks said. “Your concentration has to be this protective snow bubble, a sphere all around you.”

Sometimes members of a film crew would ask Hanks, “Am I okay here? Am I in your light?”

He always told them, “I don’t even see you.”

Hanks’ hard work at his job produced visible results: over the decades, he steadily improved as an actor. But he found it difficult to judge the effectiveness of his own performances in the moment: “I’ve worked on a set where I would go home and say, ‘Man, I nailed it today.’ And you see it in the movie and it lies there like a dead fish. And there’ve been days where I said, ‘I don’t know what I was doing today. I couldn’t even remember the lines.’ And you see it in the movie and it’s the greatest scene.” He concluded, “Anybody who says they know is lying or demonically possessed.”

This essay is adapted from Gavin Edwards’ new book, The World According to Tom Hanks: The Life, the Obsessions, the Good Deeds of America’s Most Decent Guy, available now from Grand Central Publishing.