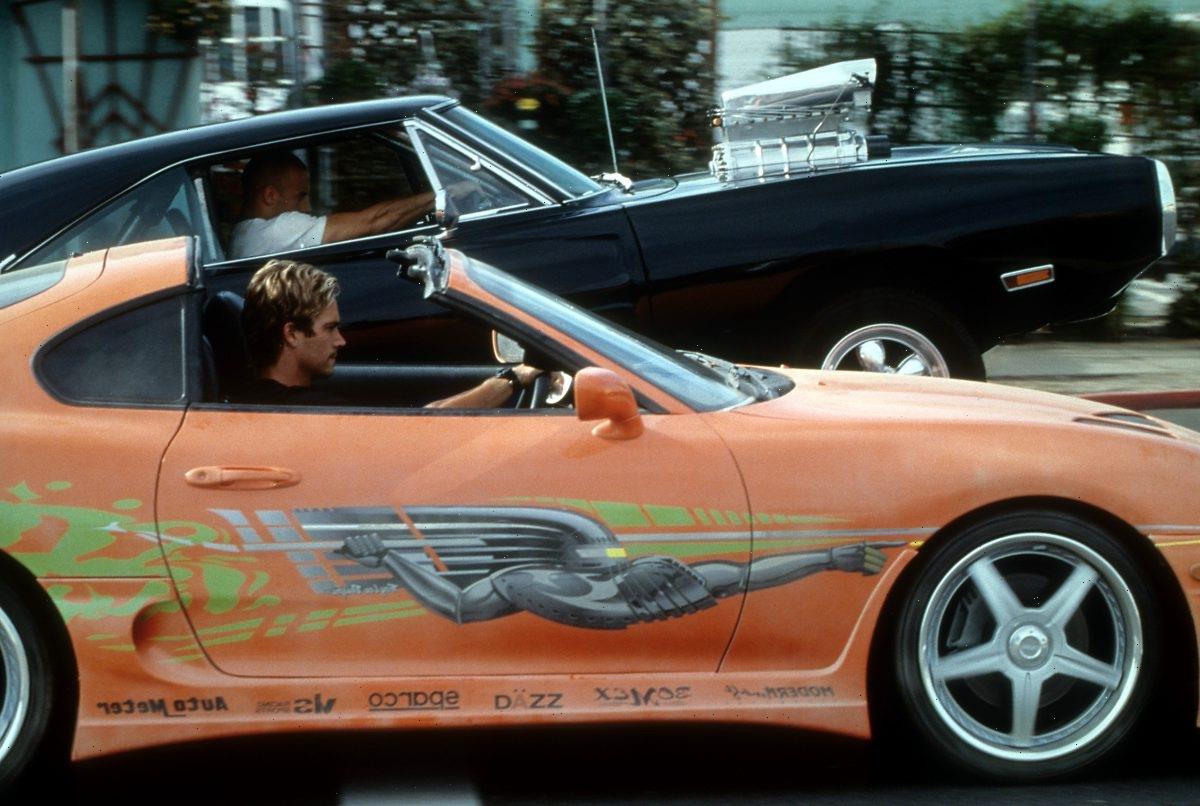 Every Fast and the Furious movie is packed with vehicular mayhem. Ranking them is just an excuse to discuss some of our favorite moments from the Fast saga. We will gladly take that excuse with the release of F9.

[Spoiler alert: This article contains spoilers for the movies in the Fast saga.]

With nine movies, narrowing it down was still tough. Even leaving out The Fast and the Furious Presents: Hobbs & Shaw (which is more based on fighting but has a few vehicular scenes) didn’t help much. So here are the 16 best chases and races in the Fast Saga up to and including F9.

16. Zombie cars are coming to get you, Dom, in ‘The Fate of the Furious’

In any other series, this would blow every other scene out of the water, but it’s not even the top scene in this movie, let alone the whole Fast Saga. In New York, villain Cipher (Charlize Theron) commandeerss the electronics of passenger vehicles, causing cars to drive themselves, pile up and rain from a parking garage. She takes some while passengers are still in them, causing stuntmen to dive from moving vehicles.

15. The truck heist in ‘The Fast and the Furious’

The 2001 original Fast and the Furious is much mellower than the films that came later. Still, the climax of the movie holds up. Dom (Vin Diesel) and his gang are robbing trucks to pay for their cars. What makes this heist more interesting is that the driver is shooting at them, and the driver is right. He’s being robbed and defending himself, but you’re with Dom and Vince (Matt Schultze).

Furious 6 is just getting warmed up here. Owen Shaw (Luke Evans) has an armored car with a slanted front that works as a spatula to flip oncoming police cruisers at his pursuers. This London street sequence also begins with Shaw collapsing the second level of a garage so the entire SWAT team crumbles. They’re probably okay. We just didn’t see them crawling out of the rubble because we were focused on the car chase.

13. The ‘Fast’ Saga begins with the first street race in ‘The Fast and the Furious’

The original intro to street racing still holds up, too. Beginning with the memoral journey from Dom’s arm through the engine, this race aptured the speed, the NOS boost and the pressure on the car. It paved the way for everything to follow.

2 Fast 2 Furious is an underrated entry with a lot of fun sequences. It opens with a bang as Brian (Paul Walker) joins a Miami street race. It tops its predecessor and culminates in a jump over an open drawbridge.

F9 has some sequences fans will surely be talking about all summer. Most don’t compare to the others on this list, but the chase through a minefield does. The mines are only a minor disturbance launching cars every which way as the drivers careen and evade. The sequence ends in not just one, but two cars using a rope bridge to get away.

On the run from the law after breaking Dom out of prison, Dom and Brian agree to a job Vince set up. They rob some DEA-confiscated vehicles from a transport train. Dom gets his most dramatic entrance in the series, backlit as his crew blowtorches the side of the train off.

Unloading each vehicle is its own unique challenge, but Dom suspects something is up. When he and Brian use the cars to escape the train, the action is so big it showed the Fast saga was going to the next level.

9. The ‘Fast’ Saga drifts in ‘The Fast and the Furious: Tokyo Drift’

Tokyo Drift has a lot of fun sequence, too, including the opening race through a construction site and the climax on a winding hill. The sequence that best lives up to the title comes in the middle. Han (Sung Kang) and Sean Boswell (Lucas Black) are running from the villains. They end up drifting through a Shibuya intersection as the crowd parts around them.

Remember when we said Furious 6 was just getting started? Midway through the movie, the gang intercept Shaw hijacking a military convoy. Shaw reveals he’s driving a tank. So you’ve got the tank blowing up bridges and cars jumping the rubble. More than one person catches another by landing on a car.

7. Jumping between buildings in ‘Furious Seven’

This is a shorter sequence than some of the others on this list, because the Lykan HyperSport is being kept in the penthouse of a skyscraper. There’s only so many places to go, but it’s all about jumping the Lykan between not two, but three of the buildings.

6. The ‘Fast’ Saga goes back to its roots in ‘The Fate of the Furious’

A traditional street race is rare in later Fast and the Furious movies. As the eighth film opens in Havana, Cuba, Dom proves he can win even driving the ultimate clunker. He’s driving a fireball by the end.

Hey, Fast Five ends up at No. 5. We promise, we didn’t plan this. But the heist in Fast Five involves driving a safe full of money out of the police station and through the streets of Rio De Janeiro with police cars in pursuit. The safe takes out city blocks as Dom and Brian evade pursuers.

4. Thick ice in ‘The Fate of the Furious’

For sheer quantity, the climax of The Fate of the Furious delivers everything you want from the Fast Saga. This one has cars on ice, snowmobiles, tanks and to top it all off, a submarine. Hobbs (Dwayne Johnson) handles a missile by bare-handed and the gang form a vehicular shield around Dom so that’s the level we’re operating on.

3. The airport runway that keeps running in ‘Furious 6’

The elaborate finale of Furious 6 has the team on the runway trying to bring down Shaw’s escaping plane, while Dom, Hobbs and Letty (Michelle Rodriguez) fight his henchmen in the cargo hold. Dom eventually plows through the nose of the crashing plane.

2. The Caucusus Mountains in ‘Furious Seven’

To rescue Ramsey (Nathalie Emmanuel) from captors, the gang intercepts a bus in the Caucasus Mountains. The problem is, they can’t drive to the Caucusus Mountains so they parachute their cars onto the road from above. That’s the beginning of this extended sequence with car transfers, jumps and Brian fighting Tony Jaa inside and then running atop the bus when it dangles over a cliff.

1. The tanker heist in ‘Fast & Furious’ takes the ‘Fast’ Saga to the next level

A controversial pick from an unpopular entry in the series, but the fourth film is where the Fast Saga went from that street racing series to blockbuster tentpoles. This opening is the series’ Raiders of the Lost Ark boulder. Dom, Letty, Han and their crew rob tankers in the Dominican Republic.

The buildup in this sequence keeps escalating with Letty jumping on the tanker, Dom knocking another tanker free with his car, and ultimately driving safely under a tumbling fireball of the third tanker. There are other fun sequences in this entry too, including an L.A. street race with no closed off traffic. Even if you don’t like the tunnel sequence, a massive desert chase precedes it.

Will the Spiraling Publicity Harm ‘Don’t Worry Darling’ at the Box Office?