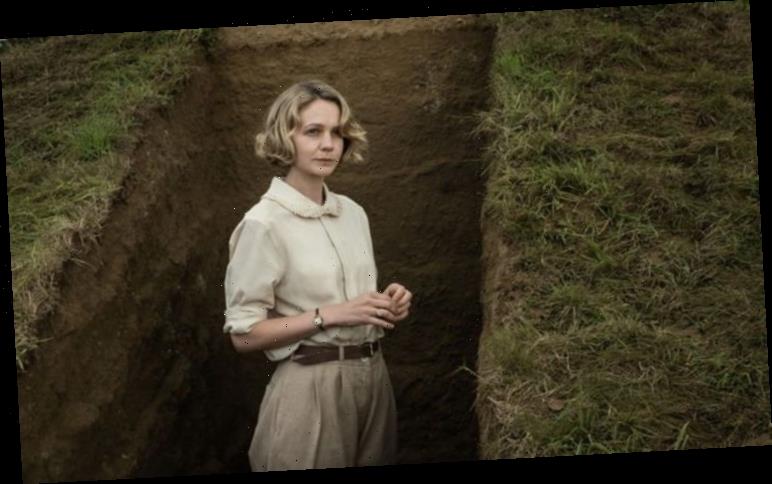 Netflix movie The Dig shone a light on excavator Basil Brown and his efforts to bring the treasures of Sutton Hoo to light. While the story of the British Museum’s artefacts is well known, it was surprising that the Sutton Hoo helmet wasn’t shown throughout the story. The treasure is the largest and most recognisable piece of history from the dig, and was originally found in 1939 – but not all of it was discovered at first.

The pieces of the helmet were indeed found in 1939 during Basil’s first dig at Edith Pretty’s property, but he did not realise what he had found at first.

Shortly after the Ango-Saxon nature of the dig was confirmed, it was covered up and protected in light of the looming World War II.

The Second World War began on September 1, 1939, and stopped the Sutton Hoo dig in its tracks – as shown in the Netflix movie.

During the war the treasures and artefacts were store in a London Underground station to protect it from any potential bombings. 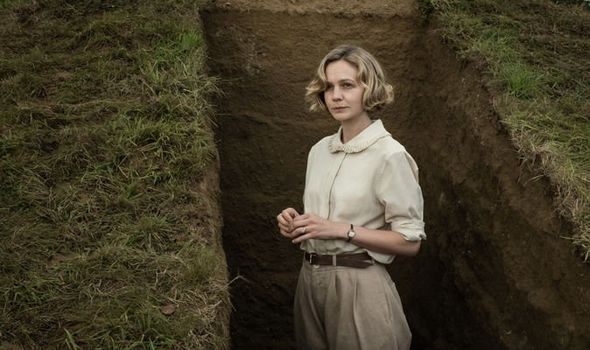 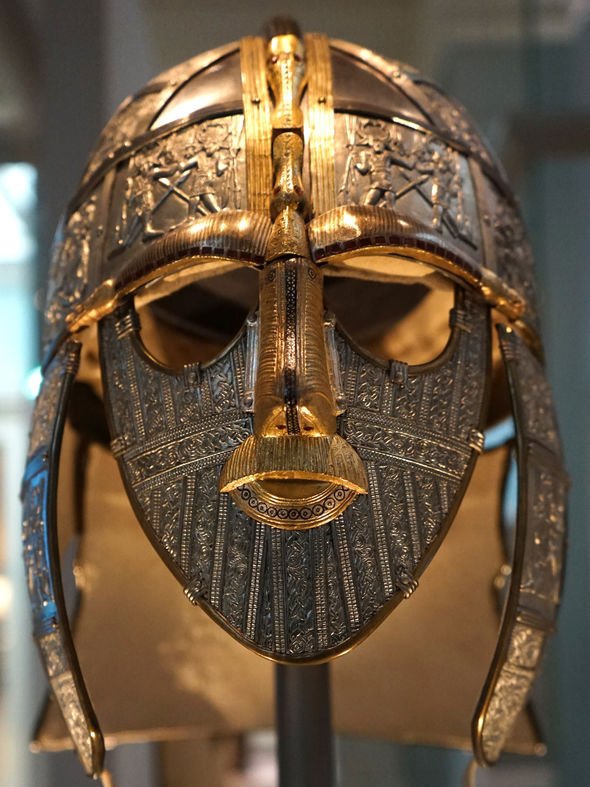 Throughout 1944 and 1945 the dig at Sutton Hoo continued, and hundreds of pieces of the helmet were discovered and scrutinised.

It was in 1945 and 1946 that the helmet was finally reconstructed by archeologists and historical experts before being placed in the British Museum some years later on display.

So then, it is safe to assume that the Netflix movie does in fact show off Basil and his crew finding the pieces of the helmet – but not realising exactly what they are.

After the helmet’s first reconstruction in 1946, it went through a second rebuild in 1970-1971. This reconstruction is still on permanent display in Room 41 of the British Museum. 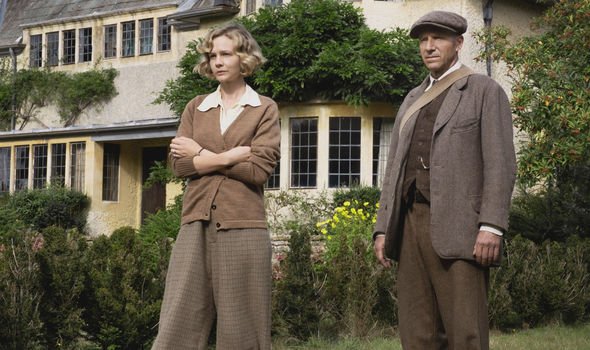 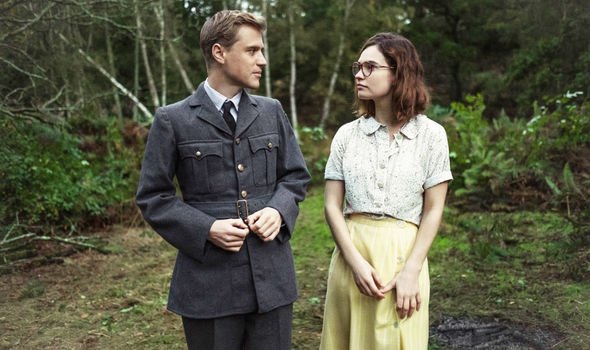 The helmet is such an important piece of history as it was buried around 625 AD and is believed to be one of the pieces of regalia held by an Anglo-Saxon King.

The Sutton Hoo Helmet is thought to have been owned by King Rædwald of East Anglia.

Although the piece looks as if it is ready to be used in battle, it is thought to have had another purpose for the King.

The helmet was also a decorative piece of regalia to perhaps signify his status as head of the community.

The Sutton Hoo helmet has since been described as “the most iconic object from one of the most spectacular archeological discoveries ever made”.

Meanwhile, the film closely follows the lives of the people who took part in the excavation.

Some inconsistencies between the film and real life have been noticed, however, including the age of Edith Pretty, who was played by Carey Mulligan.

Mulligan is just 35-years-old, but at the time of the dig in 1939 in real life, Pretty was approximately 56-years-old.

Even more devastating is the news that Pretty’s cousin, Rory Lomax (played by Johnny Flynn) is an entirely fictional character.

In the picture Lomax slowly but surely falls in love with real-life archeologist Peggy Piggott.

Lomax can also be seen coming to terms with his own mortality, as he is accepted into the Royal Air Force just before the beginning of World War II.

The Dig is available to watch on Netflix now. 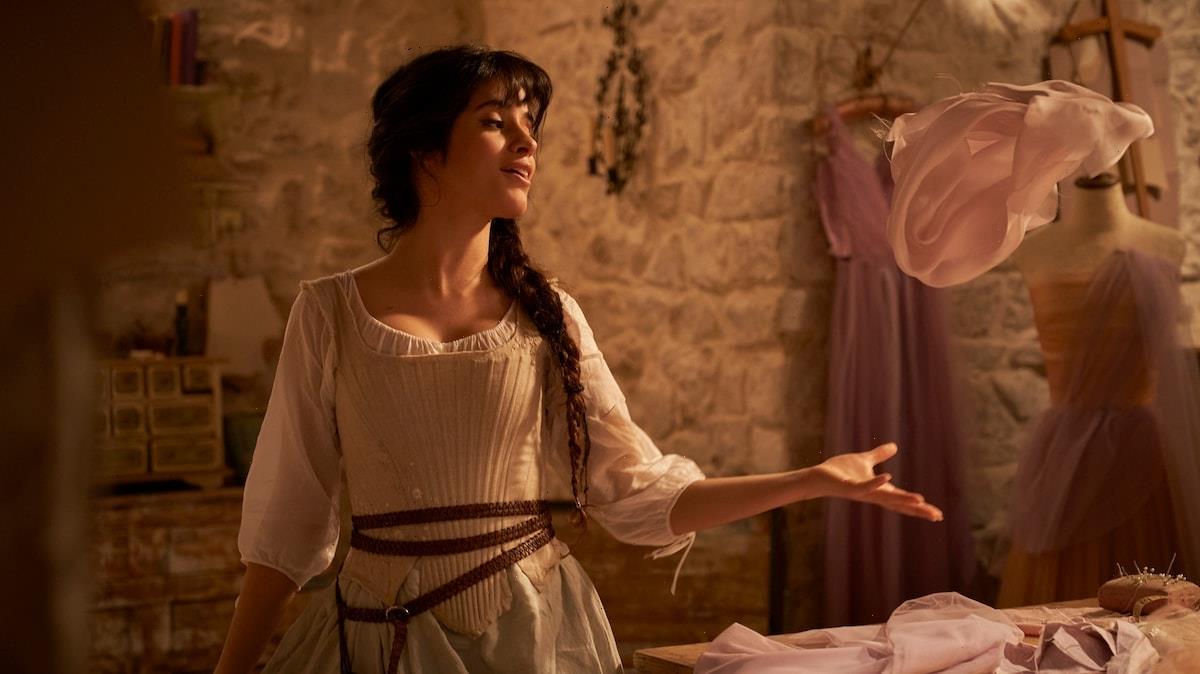