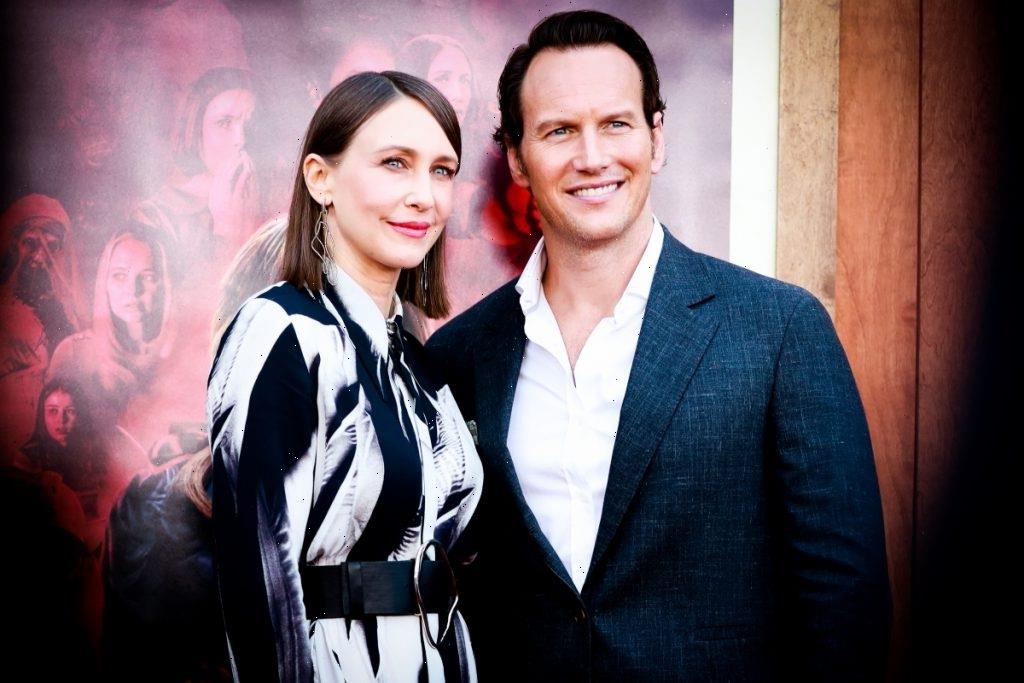 Vera Farmiga and Patrick Wilson are back as Lorraine and Ed Warren for another installment of The Conjuring.

After delaying the film’s original 2020 release date, Warner Bros. dropped the trailer for The Conjuring 3: The Devil Made Me Do It, whetting horror fans’ appetites.

Sticking to its “true story” formula, the movie takes the Warrens on one of their most frightening encounters involving murder and the supernatural. And yes, it’s based on a real criminal case that happened in America.

In the early hours of April 22, Warner and HBO Max shared the trailer for The Conjuring 3: The Devil Made Me Do It. Like others before it, this movie will serve up chills and paranormal chaos, courtesy of the Warren case files.

In it, viewers are introduced to the main protagonist, Arne, whose hands are covered in blood. He’s arrested and put on trial for the “broad daylight murder” of a man named Bruno. Enter the Warrens and a witch’s curse.

According to the official synopsis, the film:

“…reveals a chilling story of terror, murder and unknown evil that shocked even experienced real-life paranormal investigators Ed and Lorraine Warren. One of the most sensational cases from their files, it starts with a fight for the soul of a young boy, then takes them beyond anything they’d ever seen before, to mark the first time in U.S. history that a murder suspect would claim demonic possession as a defense.”

So, what’s the deal with this true story?

‘The Conjuring 3’ inspired by the case of Arne Johnson

Ed and Lorraine Warren are tied to the story in two ways. The Discovery Channel dug into the case in their 2002 documentary, A Haunting. In real life, it was the Glatzel family of Brookfield, Connecticut at the center of this 1981 storm.

Supposedly, the young son David accompanied his sister Debbie and her boyfriend Arne (Johnson) to a rental property they were supposed to clean. David allegedly saw an old man — a malevolent spirit — who threatened to harm him and his family. He experienced a series of supernatural attacks and the Warrens were contacted for help.

Exorcisms were performed on the child and allegedly, Johnson was warned of a future murder. It was during one of these instances that he claimed he became possessed. When he was arrested for Alan Bono’s killing, Lorraine Warren told the police he was possessed.

The Washington Post reported that Bono managed the kennels where Debbie Glatzel worked. He’d only been living in town a few months, and one day during work, he took her, Johnson, and three of her teenage friends out to lunch. The adults had a few drinks and later that day, he turned on some music and invited everyone upstairs to his apartment.

When they refused, he grabbed one of the girls and an argument broke out. Johnson allegedly began growling right before he stabbed Bono to death. Afterward, he reportedly dropped the knife and stared ahead as he walked to the woods.

The case caused a media frenzy, and it spawned a book and television movie in the 1980s that starred Kevin Bacon and Cloris Leachman. Gerald Brittle published The Devil in Connecticut in 1983 about the case, and the Warrens told their own version.

What happened to Arne Johnson?

Connecticut made history when Arne Johnson went on trial for the murder of his and Glatzel’s landlord, Bono.

According to the Associated Press, Johnson told the court he witnessed the exorcism of a 12-year-old boy (Glatzel’s brother) and during the event, he ordered the devil to take him instead.

He said was under satanic influence at the time of the murder. His attorneys attempted to use an “innocent due to demonic possession” defense, the first of its kind in the entire United States.

The judge refused to accept that, and Johnson’s legal team then claimed self-defense. He was convicted of first-degree manslaughter and sentenced to 10-20 years. The AP reported he received early parole after five years. He was 24 upon his release in 1986.

The Conjuring 3: The Devil Made Me Do It arrives in theaters and on HBO Max on June 4.