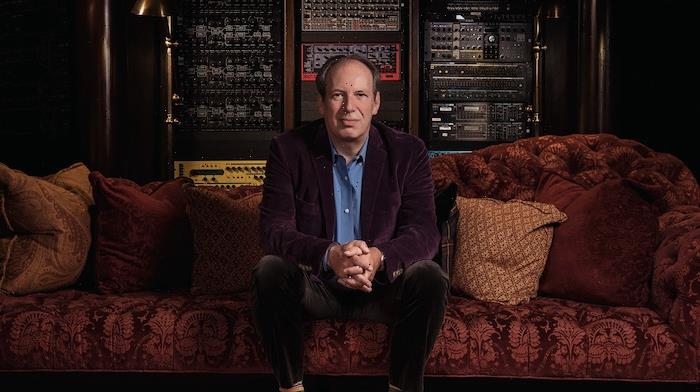 If you’re a Hans Zimmer fan and you ever casually wondered why his stalwart film collaborator, Christopher Nolan, brought in a different composer, Ludwig Göransson, to score Tenet, it’s because Zimmer was busy with Dune. In fact, he was so busy and so passionate about Dune that he actually composed a second original score for the film’s behind-the-scenes book.

Over the last half-decade, director Denis Villeneuve has been on a science fiction hot streak, delivering films like Arrival, Blade Runner 2049, and now, Dune. His adaptation of Frank Herbert‘s classic SF novel has already earned a rave review from his fellow filmmaker, Chloé Zhao, and it’s set to open the Venice Film Festival on September 3, 2021.

Just yesterday, we shared details of The Art and Soul of Dune, written by the film’s executive producer, Tanya Lapointe. Now, io9 (by way of IndieWire) reports that the book will have its own exclusive Zimmer score. Apparently, Zimmer “was so inspired when he looked at the upcoming behind-the-scenes book from Insight Editions, he decided to write some musical accompaniment.”

The Art and (Musical) Soul of Popular Filmmaking

Am I the only one whose music library ends with the Blade Runner 2049 – Original Motion Picture Soundtrack? “Z” is for Zimmer. Once Dune‘s soundtrack is available (he’s already released two tracks from it), it might be time to update the ol’ Zimmer music collection. What soundtracks have you got in yours? The Thin Red Line? The Dark Knight? Inception? Man of Steel? Interstellar? Dunkirk? All of the above?

Zimmer has worked with some talented directors but his music has also elevated some movies that weren’t all that great otherwise. The Amazing Spider-Man 2 and Batman v. Superman: Dawn of Justice aren’t necessarily what you would call the best superhero films, yet both of them contain memorable cues from Zimmer and his many musical collaborators.

Add to this his work in Disney films like The Lion King and the Pirates of the Caribbean series and his overall influence on the Hollywood soundscape, and it starts to feel like Zimmer has mapped the late 20th and early 21st century in movie music. He’s sort of taken the baton from John Williams as the soul of popular filmmaking.

There are six novels in Frank Herbert’s original Dune series and there are already boxed sets out there housing them all in one bookshelf-ready edition. For collectors, The Art and Soul of Dune might go nicely with that. The book comes in a standard edition — which retails for $50 and is available for pre-order now at a discount — or a more “bespoke” Limited Edition, which will set you back a cool $600. There will only be 700 copies of the Limited Edition but you can reserve yours now on the Insight Editions website.

Both editions of the book come with Zimmer’s score, which will be available to download and stream on October 22, 2021. That’s the day Dune sandworms its way into theaters and onto HBO Max and it’s the same day that The Art and Soul of Dune will be available.