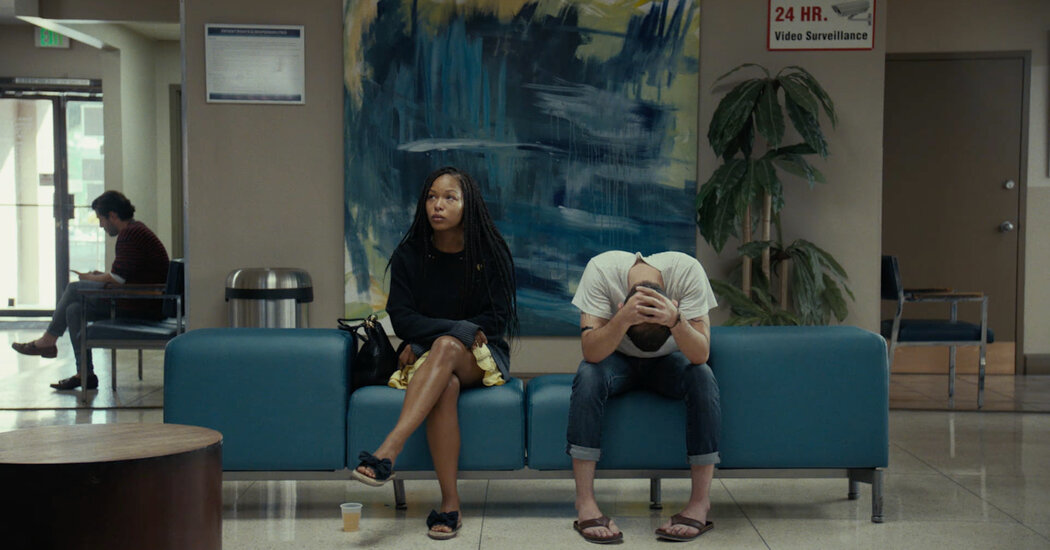 “Test Pattern” opens with a bait-and-switch: An ominous glimpse of a man kissing a drunk woman in a dark bedroom cuts to a casual scene at a bar. The woman, Renesha (Brittany S. Hall), a corporate professional, now dances with a different man — Evan (Will Brill), her boyfriend-to-be. The first half of Shatara Michelle Ford’s debut feature, set in Austin, Texas, traces their relationship in an endearingly low-key, mumblecore fashion.

But the unease of the opening scene lingers. Did that moment come before or after Evan and Renesha’s meet-cute? Was it an adulterous hookup or something more insidious? By the time the answers arrive, “Test Pattern” has forced us to question our presumptions about what rape and victimhood look like — onscreen and in life.

In Renesha’s case it’s a series of subtle gestures. At a girls’ night out, two persistent men ply her and her friend Amber (Gail Bean) with drinks and weed, and one of them quietly takes a woozy Renesha home.

That Renesha is Black and both her boyfriend and attacker are white adds unspoken subtext. Supportive but indignant, Evan drags a disoriented Renesha from hospital to hospital — it turns out to be surprisingly hard to find an E.R. with a nurse qualified to administer a rape kit. Evan’s faith in the bureaucracies of health care and law enforcement clash with Renesha’s (ultimately well-founded) resignation, and his actions unwittingly deepen the theft of agency that has left her reeling.

“Test Pattern” achieves a lot with very little: The film’s nonlinear editing and cannily scored silences invite our interpretations, locating in them the entanglements of race and gender. Ford pushes us, if not to definitive answers, then to the right questions.

Test Pattern
Not rated. Running time: 1 hour 22 minutes. In theaters and on Kino Marquee. Please consult the guidelines outlined by the Centers for Disease Control and Prevention before watching movies inside theaters.