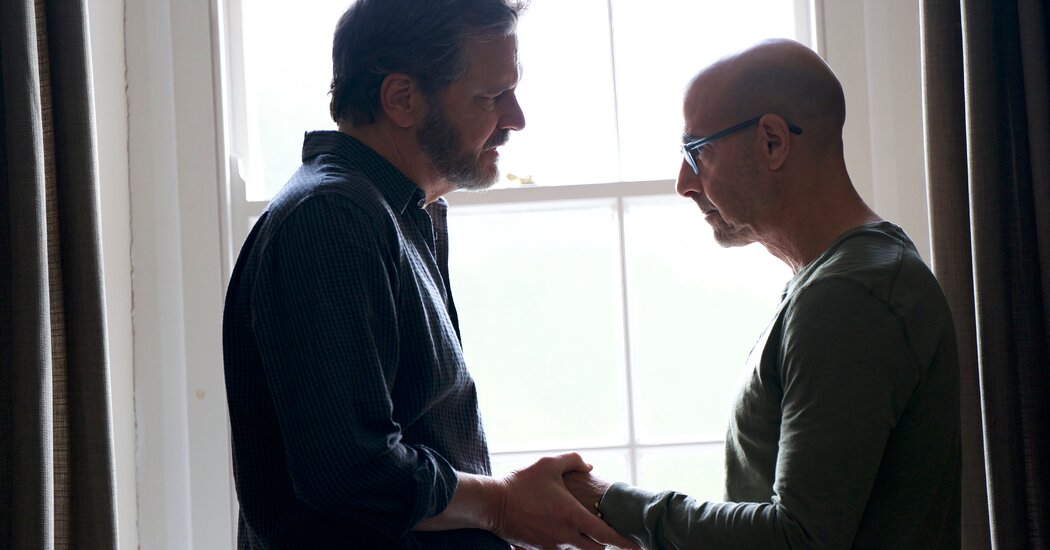 It’s rare to see a cinematic drama executed with such consistent care as “Supernova,” written and directed by Harry Macqueen and starring Colin Firth and Stanley Tucci. And here, that care pays off to devastating effect.

Firth and Tucci play Sam and Tusker, a longtime couple who, we learn early on, derive as much pleasure from snarky bickering as they do from sex, snuggling and serious conversation. As they toddle through England’s lake country in an R.V., Macqueen unravels their back story subtly and organically. Sam was once a concert pianist; Tusker is a novelist and an astronomy enthusiast. On a break from driving, Sam pages through one of Tusker’s works and waxes sarcastic about the novel’s challenging style.

Tusker’s current challenge is early-onset dementia. He’s insistent on working through it. Up to a point.

Their journey has an end and a coda: the country home of supportive relatives. Despite the condition that encroaches and shrouds Tusker daily, taking away bits of memory and faculty, he’s arranged a surprise birthday party for Sam. But it’s Sam who has to read Tusker’s eloquent toast, in one of several heartbreaking scenes.

As performers, Tucci and Firth embody the best kind of masculinity, which has been missing from popular culture for so long that we’ve forgotten what it looks like. Their characters are men of passion but also men of integrity. And most important, they’re men who know what love is.

Where they disagree is about what love can do. Tusker knows it can’t save him. “You’re not supposed to mourn someone before they die,” he notes, and in Tucci’s voice you hear both mordancy and the deepest kind of compassion. This astounding movie offers that latter quality in abundance.