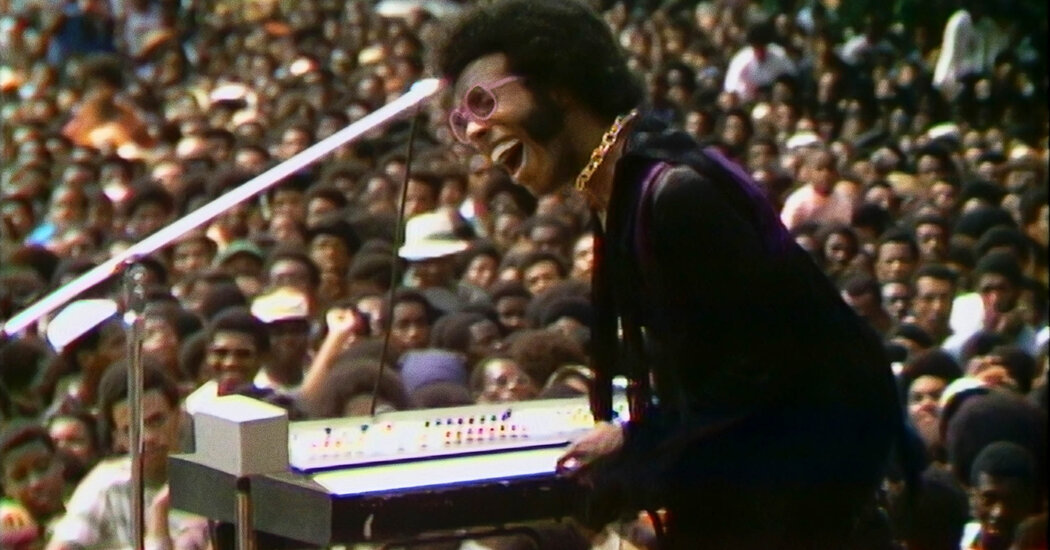 A.O. Scott, our critic at large, is keeping a diary as he “attends” the virtual Sundance Film Festival, which runs through Wednesday. Read Part 1 here.

Friday, 1 a.m.: It’s been almost exactly a year since I’ve taken an airplane, almost that long since I’ve been in a movie theater and many months since I’ve been up past midnight. The Sundance premiere screenings are arranged in three-hour windows, making the starting time flexible. I was able to wash some dishes before settling in for the evening’s viewing. And of course the pause button is available for snack or bathroom breaks.

Normally I would skip an event like the “Opening Night Welcome,” but I checked in to this brief program of Zoom-like greetings and video montages as a way of marking the boundary between everyday life and the festival. I also wanted to catch a glimpse of Tabitha Jackson, the festival’s director, as she added a new entry to her list of firsts. She is the first woman to lead Sundance, and the first person of color and the first person born outside the United States in that role. And now she’s also the first to direct a fully online festival.

In past years, I might have found her brief remarks — evoking the strength of community and the power of storytelling — a little corny. Instead, I was moved and also touched by the greetings from festivalgoers waving from their living rooms in Austin, Denver, New York and elsewhere. Human connection isn’t something to take for granted these days.

Then I watched two movies, one of which blew me away. I’ll focus on that one, in the usual festival spirit of accentuating the positive. Directed by Ahmir Thompson, better known to music fans as Questlove, it’s a documentary called “Summer of Soul,” about the Harlem Cultural Festival of 1969.

That event is sometimes called “the Black Woodstock,” but the parallel is a little misleading, and to describe “Summer of Soul” as a concert film doesn’t do it justice. I mean, it does capture some absolutely mesmerizing musical performances — from Stevie Wonder, the Staples Singers, Max Roach, Nina Simone, Ray Barretto, and Sly and the Family Stone, among many others — but it anchors them in a vivid and complicated tableau of politics, culture and city life.

Thompson makes judicious use of archival footage and present-day interviews to contextualize long-lost footage of the festival itself, which took place over several summer weekends, including the day of the moon landing. He makes the case that what happened in Harlem was at least as significant, and should be remembered as a watershed moment in Black (as well as New York, American and musical) history.

More than 50 years later, when enthusiastic summertime crowds and live performances are out of reach, it lands as a reminder of what is possible, and of the power and promise of popular art in difficult times.