Spoiler alert! This post discusses the ending of “It: Chapter Two,” so beware if you haven’t seen it yet.

Back in the 1980s, when the Losers’ Club kids in the Stephen King horror film “It” were growing up, scary villains were A-listers.

Maybe we didn’t exactly “root” for Jason Voorhees hacking teenagers to death in “Friday the 13th” movies or “Nightmare on Elm Street” bad guy Freddy Krueger slicing-and-dicing kids in their dreams, but it was cool if they staved off death to come back for the next chapter.

Heck, before a demonic clown came into their lives, the Losers might have appreciated the antagonism, too.

‘It: Chapter Two’: Everything you should know to catch up

Ranked: The best horror movies of 2019 (including ‘Ready or Not’) 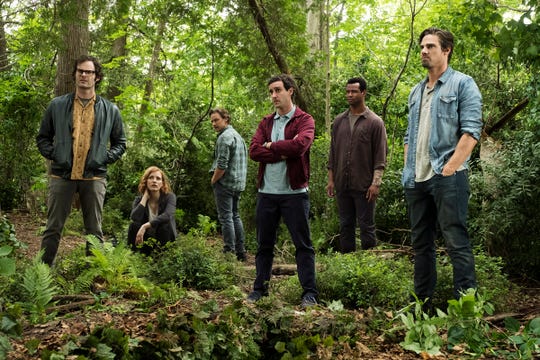 Thirty years later, though, Jason, Freddy and their monstrous ilk don’t seem nearly as creepily charming as they might have in the past, partly because the real world has become such a horror show for kids. And relatably, when the present-day Losers convene as adults in the new sequel “It: Chapter Two,” childhood trauma rears its head as the true villain of these movies, not Pennywise.

As grown-ups, they battle their own psychological issues and repressed memories of a supernatural foe (played by Bill Skarsgard) who wrecked their 13-year-old lives so badly that they felt they needed to be guardians of their town, even spilling blood to create a pact that if Pennywise returns, they will, too.

A similar theme was tackled in last year’s heralded return of “Halloween.” As a teen, Jamie Lee Curtis’ horror heroine Laurie Strode was so affected by her first encounter with masked maniac Michael Myers (see: the 1978 John Carpenter original) that she’s spent 40 years pretty much doomsday prepping – and having her personal life fall apart – so that she won’t be the victim again.

Review: Thought-provoking ‘It: Chapter 2’ grows up with its horror heroes 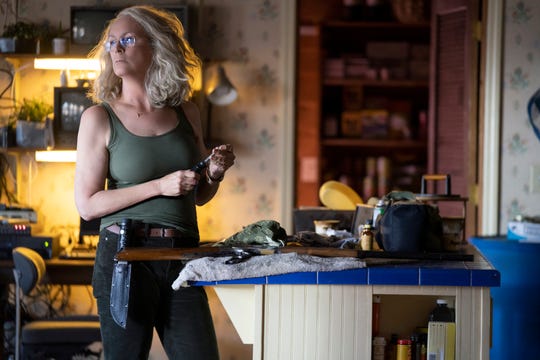 Laurie Strode (Jamie Lee Curtis) gets all her weaponry in order as she waits for the return of masked psycho Michael Myers in "Halloween." (Photo: RYAN GREEN)

The trend is even evident in a more microcosmic fashion with Netflix’s super-popular “Stranger Things.” Also set in the 1980s, the show took young Will Byers (Noah Schnapp) into the alternate-universe hellscape of the Upside Down for most of the first season, but didn’t need to look to his future to have him struggle with this life-altering incident. The second and third seasons find him being haunted by the evil Mind Flayer but also dealing with a sense of arrested development exacerbated by the fact his best friends are moving on from him to girls and other interests.

While bad stuff happening to kids is inherently baked into horror, reality has unfortunately stepped up its own frightful game. Perhaps somewhat naively, I was taken aback when my 6-year-old daughter came home from school and mentioned she had a lockdown drill for an active-shooter situation. We had the occasional “Here’s what to do in a nuclear attack” discussion back in the Cold War days of the Reagan era, yet the mass-shooting incidents of Parkland, Sandy Hook and more have led to a wounding of childhood innocence way deeper than anything Pennywise could do.

After spending time in the Upside Down, Will (Noah Schnapp) struggled to returns to his old life in the second season of 'Stranger Things." (Photo: Netflix)

Maybe it’s because of the terrors we can’t escape on cable news but the adult Losers’ complete defeat of Pennywise is straight-up stirring after knowing what’s happened to them as kids and how they’re dealing with those unearthed memories as they near middle age. (The fact that they basically insult him to death makes it all the sweeter.)

For others, their battle rages on. Laurie will seemingly face her machete-wielding arch enemy at least two more times, in “Halloween Kills” (slated for Oct. 16, 2020) and “Halloween Ends” (Oct. 15, 2021). As long as millions stream “Stranger Things,” Will and his pals will have to deal with that pesky Mind Flayer.

And if “It: Chapter Two” makes as much or more money as its 2017 predecessor, the highest-grossing horror film of all time, will that necessitate a sequel or (more likely) a prequel? It might be time to have good really conquer evil for a change, and not just until the next movie.