A growing number of execs and investors are looking to cash in on media through special-purpose acquisition companies.

SPACs are blank-check companies set up to acquire and take companies public, often with less scrutiny, cost and time than a traditional initial public offering. SPACs have been viewed critically by some as riskier for investors, but they have boomed over the past year.

Read more: A rush of media and advertising companies are going public via SPACs. Here's why Playboy, CuriosityStream, and Digital Media Solutions are betting on blank-check deals.

While the bulk of SPACs have focused on areas like technology or healthcare, media companies are getting into the space, too. Big names like Dish co-founder Charlie Ergen, LinkedIn founder Reid Hoffman, Group Nine founder Ben Lerer and former Hearst chief content officer Joanna Coles are spearheading SPACs focused on acquiring media companies. And media companies like Playboy and CuriosityStream have recently gone public through SPACs.

"You have to be a big and credible name to be able to raise institutional capital to do it," said Chris Cunningham, founder of investment firm C2 Ventures. "A SPAC has to be tied to a healthy business."

Insider spoke to a handful of experts including executives, consultants, analysts, and bankers to identify 11 media-focused SPACs that are worth watching this year. 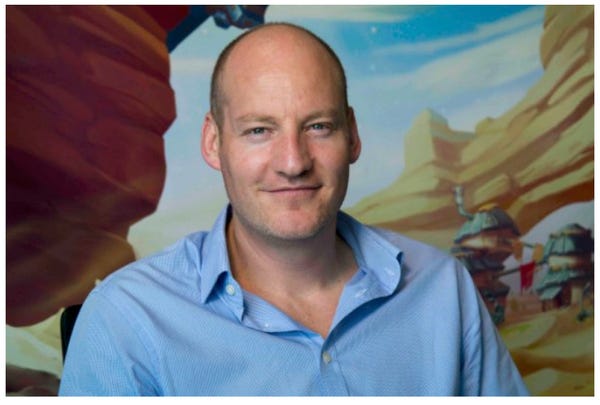 Ascendant Digital Acquisition Corp is led by longtime tech and entertainment executive Mark Gerhard, who is perhaps best known as the former CEO of UK games developer and publisher Jagex, owner of the free online multiplayer roleplay game RuneScape. He also previously ran AI firm PlayFusion and serves as vice chairman of the board at TIGA.org, a trade association for the games industry.

Ascendant Digital Acquisition Corp is looking for businesses that it considers part of the "attention economy," including digital entertainment, film and television, music and e-sports firms. The SPAC is specifically interested in companies with intellectual property that can potentially be used for franchises and companies that have strong customer retention.

"The attention economy ecosystem is highly fragmented with hundreds of content owners and creators, publishing and distribution platforms and other companies providing enabling technologies and services to other industry participants and consumers, many of which are privately owned," the SPAC says on its website.

Its leadership also includes Riaan Hodgson, another former Jagex exec; and David Gomberg, who cofounded Playfusion with Gerhard and Hodgson. 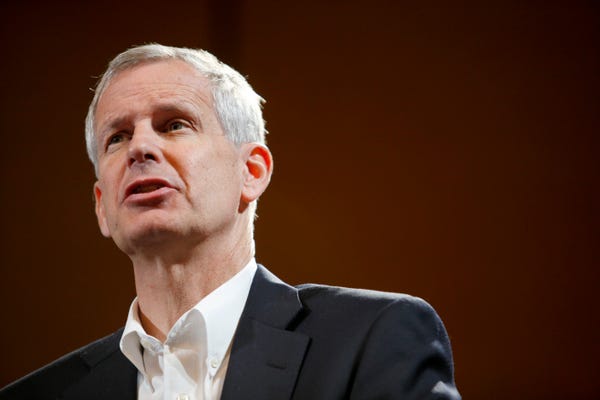 Conx Acquisition Corp was formed by wireless exec and billionaire Charlie Ergen, the cofounder and chairman of Dish. He stepped down as CEO of Dish in 2017 and oversees the company's long-term business development as chairman.

The SPAC is targeting tech, media and telecommunication companies that can tap into the group's expertise. In its S-1, Conx Acquisition Corp. cites the growth of 5G technology as an opportunity. 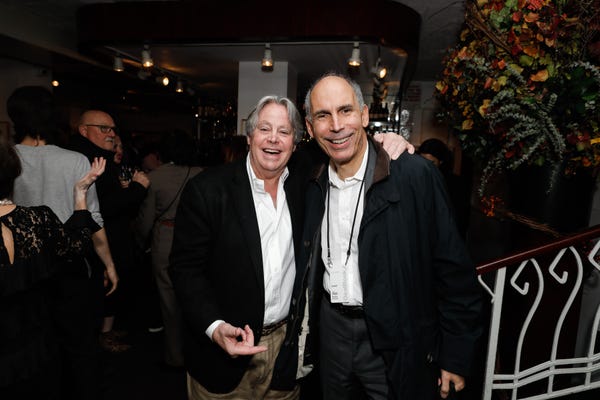 Falcon Capital Acquisition is led by Alan Mnuchin, a longtime media banker who has worked at Ariliam Group, Bear Stearns, and Goldman Sachs. He formed the investment firm AGM Partners in 2003, which  handled $80 million in transactions.

Mnuchin is the brother of former US Treasury Secretary and hedge fund manager Steven Mnuchin. His father Robert Mnuchin is a former long-time Goldman Sachs exec.

Mnuchin's SPAC is focused on "media, digital media and consumer technology, interactive entertainment and related industries," according to its S-1. 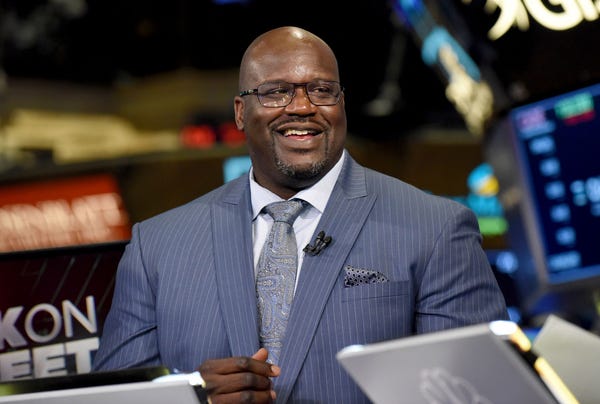 The SPAC is hunting for media, tech, and telecom companies.

When the SPAC started trading in November, Zachary Tarica, Forest Road CEO and chairman and chief investment officer of the SPAC, told Deadline that it had been contacted by more than 50 companies. Forest Road Acquisition Corp's targets include companies with intellectual property and firms changing consumer behavior, according to its S-1.

"They have got a real shot," said Michael Kassan, CEO of strategic advisory and business development firm MediaLink. "People like Kevin Mayer and Tom Staggs are brilliant operators and deal guys — Keith Horn, similarly, relative to his experience at Elliott." 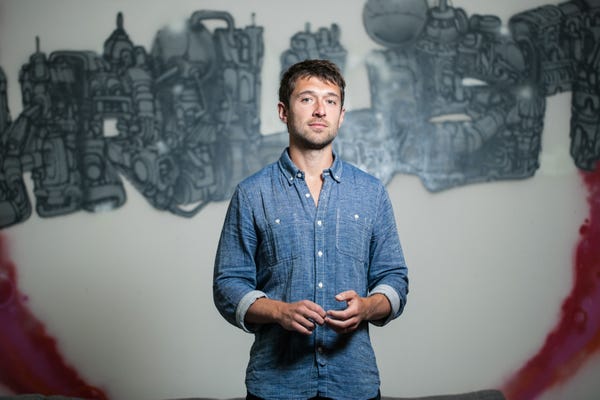 Group Nine Acquisition Corp. plans to buy Group Nine Media while acquiring another company in "the digital media and adjacent industries," according to its S-1 filing. That could include companies in social media, e-commerce, events, digital publishing, or marketing.

Ana Milicevic, principal and cofounder at Sparrow Advisers, said that Group Nine's SPAC could be a way for Group Nine to build a holding company that rivals legacy media brands and magazine publishers.

"I see SPACs as a new twist on what a holding company should be, with the ability to raise the right amount of money and fund the right operational strategy," she said.

With venture capital investors cooling on the digital media sector, SPACs can offer companies in the space an alternative access to funds to help them gain more scale, faster.

"The Group Nine SPAC is to say, 'We believe these digital publishers need far more scale to work, therefore we are going to look for merger partners'," said Terence Kawaja, CEO of investment bank LUMA Partners. "They already have the strategy and are using the SPAC as a vehicle to execute … If I'm an investor, I get a lot more comfort out of knowing what that's likely to look like." 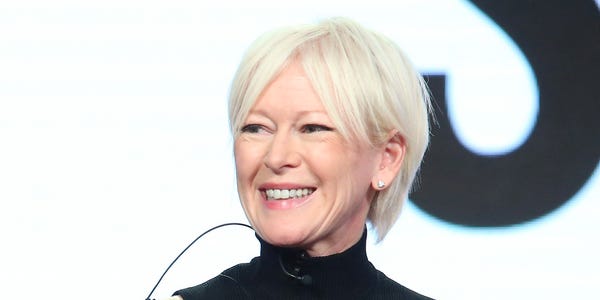 Coles is a well-known media executive who previously served as chief content officer at Hearst. She's currently an executive producer on Freeform and Hulu TV series "The Bold Type" and sits on the boards of Snap, Sonos, Blue Mistral, and Density Software.

"I would make a bet where Joanna is involved," said MediaLink's Kassan.

Ledecky, meanwhile, is the co-owner of NHL franchise the New York Islanders and has also been involved with other SPACs including Pivotal Acquisition Corp and Endeavor Acquisition Corp.

Northern Star Investment II is on the hunt for businesses in the digital media space, according to the SPAC's S-1, which was filed earlier in January. It's also targeting businesses in the areas of beauty, self-care, wellness, fashion, e-commerce and subscriptions. 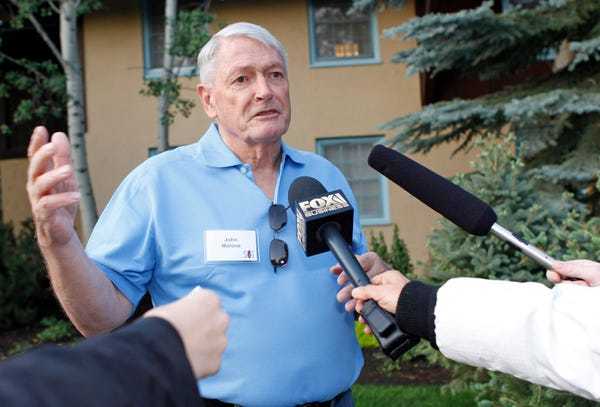 U.S. billionaire John Malone is known as the "cable cowboy" from being a frenetic dealmaker in media and telecoms. Now his Liberty empire has a SPAC to pursue even more deals (though Malone won't actually play a direct role).

Liberty Media's current portfolio includes The Formula One Group, Braves Group (owner of the MLB team the Atlanta Braves), and Liberty SiriusXM Group, which includes its holdings in Live Nation.

The SPAC, led by Liberty Media president and chief executive officer Greg Maffei, is searching for a company in the "media, digital media, music, entertainment, communications, telecommunications and technology industries," according to its S-1 filing.

Alongside Maffei, the SPAC will be led by other senior Liberty Media execs.

"There are live events, in particular ones around motorsports, that could be attractive," Maffei said in April 2020, many months before the SPAC was announced, as reported by Motorsport.com. 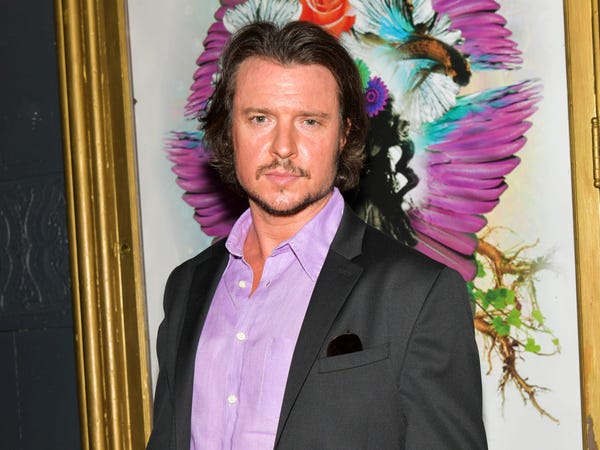 Hedgefund exec turned newspaper baron Heath Freeman runs Alden Global Capital, the finance firm that has acquired around 200 newspapers including The Chicago Tribune, The Denver Post, and The New York Daily News. Alden has been criticized by editorial staff at its newspapers for its sharp and painful cost-cutting. Columbia Journalism Review described Alden last year as "the most feared owner in American journalism."

Eric Peckham, Techcrunch's former media critic who now runs the Monetizing Media newsletter, speculated that the SPAC is a way for Freeman to raise more money for newspaper acquisitions. 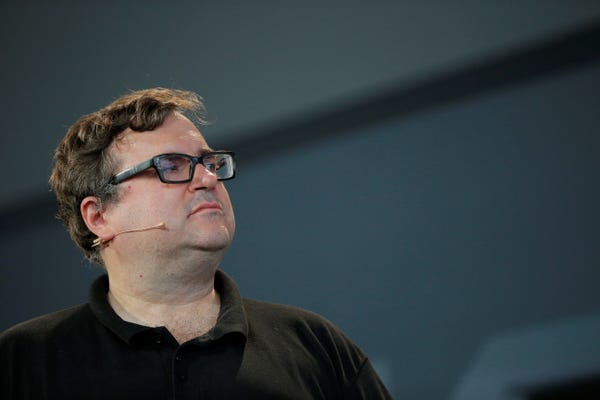 Hoffman, the billionaire founder of LinkedIn, and Pincus, founder of social-gaming company Zynga, launched their $600 million SPAC in August 2020 with the aim of finding a unicorn tech startup to invest in.

"We believe this disconnect between the quantity of scaled technology companies and the number of those companies that actually go public each year has created an attractive backlog of potential targets for our blank-check company," the prospectus said.

The pair went on to form another SPAC, Reinvent Technology Partners Z, in November. The second, smaller SPAC similarly is targeting businesses in technology.

"Mark and the team know the inner workings of their industry on all levels and understand the roles played by different components of the ecosystem," said TMT Investment's investment partner Igor Shoifot. "They would have lots of fun, and not much trouble, identifying the missing — and most wanted — pieces of the puzzle."

Hoffman in particular, through his experience at LinkedIn and PayPal — and later at venture capital firm Greylock — understands both sides of the industry, Shoifot added.

"[Hoffman] will not only find the right fit, so important in SPAC business, but also knows how to scale up businesses at a dizzying pace," said Shoifot. 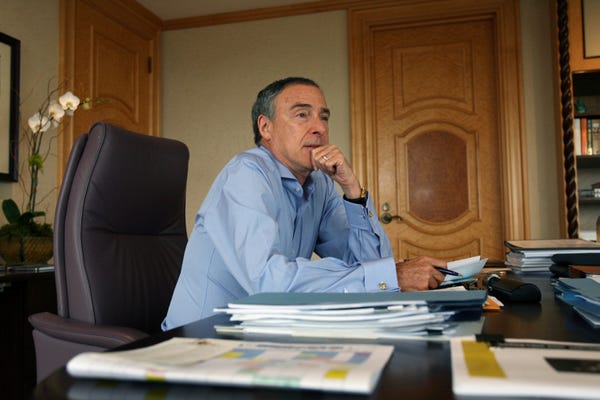 "Harry [Sloan] and Jeff Sagansky … wrote the book on this," said MediaLink's Kassan.

Spinning Eagle says in filings with the SEC that while its combination target "will not be limited to a particular industry, sector, or geographic region" it intends to capitalize on its management team's "established global relationships and operating experience," suggesting a media or entertainment-related merger would be the most obvious candidate.

Spinning Eagle also said that if it doesn't spend all the money it has raised on merger deals, it might use some of the funds to launch yet another new SPAC. 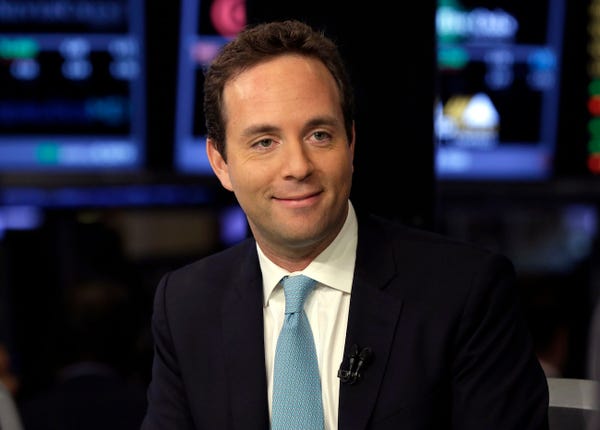 Serial entrepreneur and investor Spencer Rascoff, the co-founder of tech companies Zillow and Hotwire.com, is behind Supernova Partners, which is seeking to acquire a company in the tech space.

Supernova says on its website it is looking to partner "with an advantaged growth company that benefits from thematic shifts and tech-enabled trends."

The Information reported earlier in January that Supernova had held discussions with BuzzFeed, citing people familiar with the situation.

Read more: After the BuzzFeed-HuffPost deal, more digital media tie-ups could be coming, and SPACs are circling

A spokeswoman for BuzzFeed declined to comment on The Information's report at the time.

"Billions of investment dollars are sitting on the sidelines now, aggressively chasing and competing for content-driven opportunities that can be presented to a frothy and liquid public market increasingly driven by new tech-driven platforms like Robinhood," Peter Csathy, founder of advisory Creatv Media, told Insider in December. "Robinhood feeds off young, inexperienced investors, and BuzzFeed is precisely the type of high profile youth-driven brand that logically could take advantage of these trends."