It’s the crossover we never knew we needed until now: Toy Story‘s Woody has been transformed into a superhero fit to fight with the Incredibles.

To celebrate the impending release of Incredibles 2, a Pixar artist – who we hope uses their idea for a new spin-off movie – has super-fied the rootinest tootinest cowboy in the wild wild west.

“Ride like the supersonic wind! Meet Woody and Bullseye, reimagined as supers,” Disney Pixar wrote alongside the clip, which sees Woody switch his spurs and lasso for a mask. And a cape. (What would Edna Mode say?)

While Disney fans got their Incredibles fix earlier this year, there’s going a longer wait in store than originally planned for the fourth Toy Story film.

Offering a tease of what to expect the heftily-delayed Toy Story, Tim Allen – aka Buzz Lightyear – recently revealed the film’s ending is a total tearjerker. 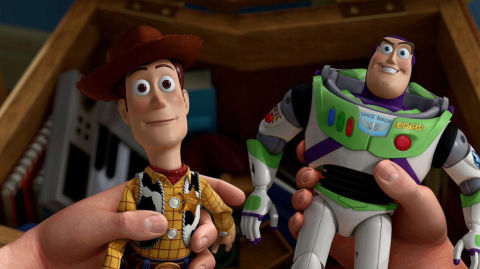 “I gotta resist getting emotional. I don’t want to give it away, but this is an incredibly great story,” Tim said.

“It is so emotional, it’s so funny, it’s so big, the idea they’ve come up with, I’m startled. I couldn’t even get through the last scene.”

Two years later than scheduled, Toy Story 4 is slated for a release on June 21, 2019 in both the UK and the US.