Before Pitch Perfect 3 came out, it was touted as the swansong for the Barden Bellas – or at least “as we know them”.

The third movie received the worst reviews of the series by some distance, but still managed to gross $184 million worldwide. That was $100 million down on Pitch Perfect 2 though, so it wouldn’t have been a big surprise if there wasn’t a fourth movie.

However, it seems like a Pitch Perfect 4 is in the works after Rebel Wilson shared a photo with her co-stars Brittany Snow, Anna Camp and Chrissie Fit at Camp’s joint birthday party with her husband Skylar Astin, who also starred in the first movie.

In it, they were all holding up four fingers and to add to the intrigue, Wilson captioned it with four hearts. 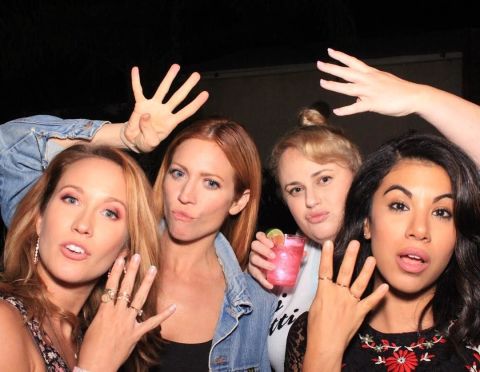 So what could it mean? Here’s everything you need to know about Pitch Perfect 4.

While it may have been hinted that any fourth movie would bring in a new batch of Bellas, it’s now hard to imagine it wouldn’t feature the stars who made the franchise such a hit.

So that’s the likes of Anna Kendrick as Beca, Rebel Wilson as Fat Amy, Brittany Snow as Chloe, Anna Camp as Aubrey, Hailee Steinfeld as Emily (who joined the Bellas in the sequel), Hana Mae Lee as Lilly (AKA Esther as we discovered in the third movie) and Ester Dean as Cynthia. 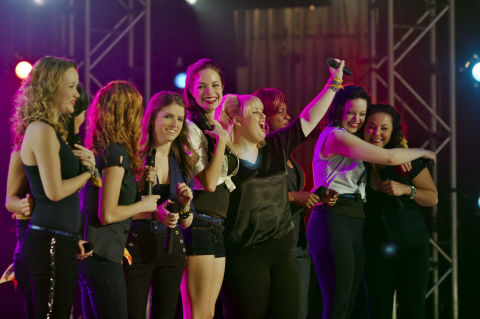 It seems that any fourth movie would come about because the cast wants to get back together for more a cappella goodness. When Pitch Perfect 3 was released, Wilson enthused about doing “four or five” movies and Kendrick said that the cast would do them “forever”.

“We have a group text, which is sometimes daily. Whenever we are all in Los Angeles we try to meet,” Wilson told Vanity Fair. “We are all very busy ladies, so we like to catch up and have reunions. We are all such different girls and we are all smashing it. We would love to do a fourth movie, so we’ll see.”

But will the fourth movie bring back the boys after the likes of Skylar Astin and Ben Platt were absent from Pitch Perfect 3? Director Trish Sie explained that it was down to “scheduling stuff” and didn’t rule out future appearances.

“I think the main purpose was these girls are moving on with their life. Maybe they’ll get back to these guys at some point,” she outlined.

Pitch Perfect 4 release date: When can we expect it?

Following the shared photo that kicked off Pitch Perfect 4 rumours, Wilson told Vanity Fair that there are “some things in the works”.

“I’m sure Universal is going to hate me for saying this. All us Bellas love each each other. We just want to work with each other. The girls are just awesome,” she added. “There’s been a bit of rumours about whether there’ll be a future for the franchise, and we’ve heard there might be, so we’re very encouraging about it.” 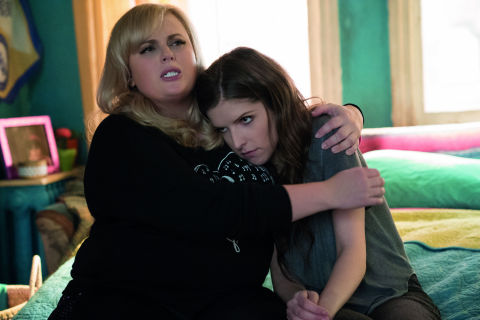 What that means is that work hasn’t even begun on a fourth movie, so we can probably rule out 2019 unless things start moving really soon. If the movie does get confirmed, then 2020 – a three-year gap from Pitch Perfect 3 – is looking likely for a release date.

Pitch Perfect 4 plot: What will it be about?

The third movie saw the Bellas head out on what was supposedly a farewell tour, reuniting three years after the second movie for an overseas USO (United Service Organisations) tour. As always, a competition was involved with the prize a chance to open for DJ Khaled.

But DJ Khaled doesn’t want the Bellas, he just wants Beca and after a convoluted run-in with some gangsters, Beca opens for DJ Khaled after getting the blessing of the Bellas, before they all come together for one final performance.

Perhaps aware it was the final movie, every character got an ending – such as Beca getting a job with DJ Khaled, Aubrey reconnecting with her father, Chloe getting accepted into vet school, Emily going back to Barden University and Lilly getting together with DJ Dragon Nutz.

So any kind of plot for Pitch Perfect 4 would have to engineer a way for the Bellas to get back together, hopefully not just for another competition.

Maybe they will reunite to train up the next generation of Barden Bellas which would also give the option to have further movies following the new Bellas, sprinkled with cameos from the original cast?