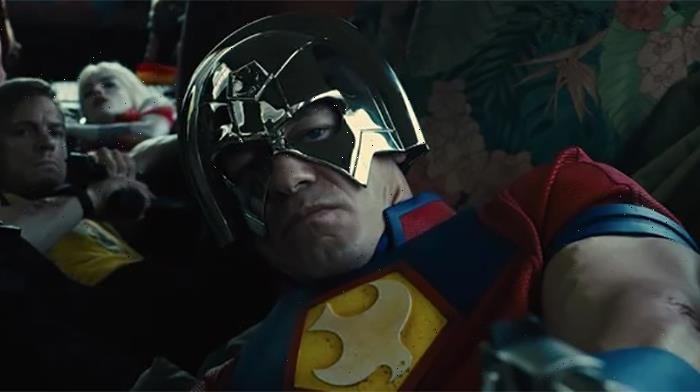 If you loved what The Suicide Squad brought to the table, then you’ll be happy to hear the upcoming HBO Max spin-off series Peacemaker will keep the insanity going. John Cena is returning as the titular “superhero” whose heroics are, at the very least, morally questionable, and James Gunn has teased a “no holds barred” series that will give us a lot of what makes The Suicide Squad great. In fact, Peacemaker might give us much more, because this could be an ongoing series.

How Peacemaker Differs from The Suicide Squad

The Hollywood Reporter spoke to James Gunn about anything and everything regarding The Suicide Squad and his future with DC Comics projects. When conversation came around to Peacemaker, Gunn teased what’s in store for fans:

“There are a lot of similarities to The Suicide Squad in that it’s no holds barred, but there are also a lot of things that are very different, in that it’s quieter in some ways. It’s very specifically about a different group of people, so it’s a little bit more about society.”

Peacemaker will differ from The Suicide Squad in its approach to the characters. Without a massive ensemble to worry about, Gunn can dig more into Peacemaker and one of the other show’s lead characters. The director explained:

“One of the leads is Peacemaker and one of the leads is Danielle Brooks, who plays Leota Adebayo. And she has a very different political view of the world than Peacemaker does. So it’s just a little bit about what’s going on in the world, but also being a TV show, you really do have more time to delve much deeper into these characters and much more deeply into the drama and comedy of them. So it has a lot of similarities [to The Suicide Squad], but it’s even more grounded, more natural and more real. But it’s still within a big science-fiction storyline that lasts for one season.”

Peacemaker and Leota Adebayo aren’t the only characters who we’ll dig into throughout the series. Characters played by Steve Agree and Jennifer Holland will also have key roles. Gunn explained:

“John Economos and Emilia Harcourt are part of the main six of the Peacemaker show, and it’s been so fun working with those guys. They’re obviously two of the closest people in the world to me. So it’s been just as fun as The Suicide Squad. It probably would’ve been more fun than The Suicide Squad if I didn’t have to wear a mask the whole time, but yeah.”

Peacemaker Season 2 and Beyond

Even though that “big science-fiction storyline” only lasts for one season, Gunn hasn’t ruled out keeping the series going. The filmmaker went on: “The main storyline lasts for that season, so that doesn’t mean there’s only one season of Peacemaker.”

You can bet that if The Suicide Squad is a big hit and Peacemaker follows in the same footsteps, HBO Max will want to keep Peacemaker going for as many seasons as they can. Plus, James Gunn is already working on some other possible DC Comics projects to follow up on once he’s done with Guardians of the Galaxy Vol. 3 at Marvel Studios. Perhaps we could be looking at a variety of spin-offs focusing on various members of The Suicide Squad.

Peacemaker is slated to arrive sometime in January 2022, but a specific release date hasn’t been announced.