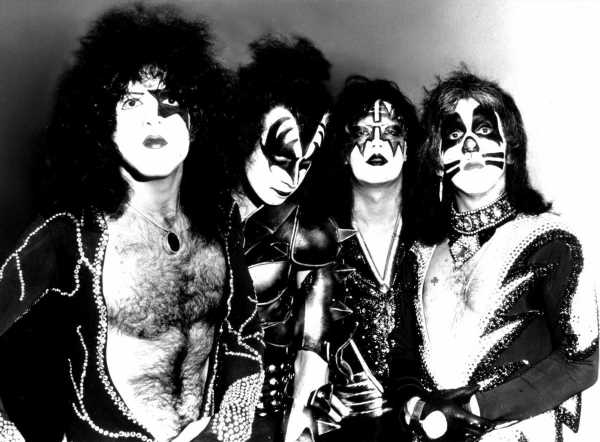 In his autobiography, Paul Stanley said Kiss made a movie that was supposed to be a cross between The Beatles’ A Hard Day’s Night and Star Wars. Despite Kiss’ lofty ambitions, members of the band did not like the movie. Regardless, Kiss would later team up with a famous cartoon character to make another film.

In his book Face the Music: A Life Unmasked, Stanley revealed The Beatles inspired him as a musician. He also said the movie Help! was an influence on the image Kiss wanted to project. Eventually, Kiss’ Bill Aucoin decided the band should star in a movie that drew influence from Help! and A Hard Day’s Night.

“One of Bill’s follies was the movie Kiss Meets the Phantom of the Park,” Stanley wrote. “He thought that film was the next step for us. The Beatles had A Hard Day’s Night and Help!, and we should have our film. He sold it to us as A Hard Day’s Night meets Star Wars, which had come out the year before. It would have lots of cool special effects.”

How Paul Stanley and Ace Frehley reacted to the movie

Stanley was not pleased with Kiss Meets the Phantom of the Park. “When the movie was finished, we saw it at a screening at the Screen Actors Guild Theater on Sunset Boulevard,” Stanley recalled. “If you thought it was bad on a TV screen, you should have seen it on the big screen! People openly laughed. I slunk down in my seat. It was humiliating. The finished film was absolutely awful, and to have to stand when the lights came up while various people who had been involved with it came over to lie to me about how great it was made it that much more humiliating.”

Another member of Kiss had a different attitude toward Kiss Meets the Phantom of the Park. Yahoo! reports Ace Frehley did not take his band very seriously, nor did he take the film very seriously. He said parts of it made him cringe. Despite this, he had no negative feelings toward the movie.

While Kiss Meets the Phantom of the Park became notorious, it also became a cult classic. Some members of the Kiss Army and fans of B-movies enjoy it precisely because of its flaws. The film didn’t mark the end of the band’s film career, as a later iteration of the band appeared in the direct-to-DVD film Scooby-Doo! and Kiss: Rock and Roll Mystery. Stanley had a role in the film while Frehley did not. While Stanley wasn’t a massive fan of Kiss Meets the Phantom of the Park, the film remains a fascinating part of the band’s history.