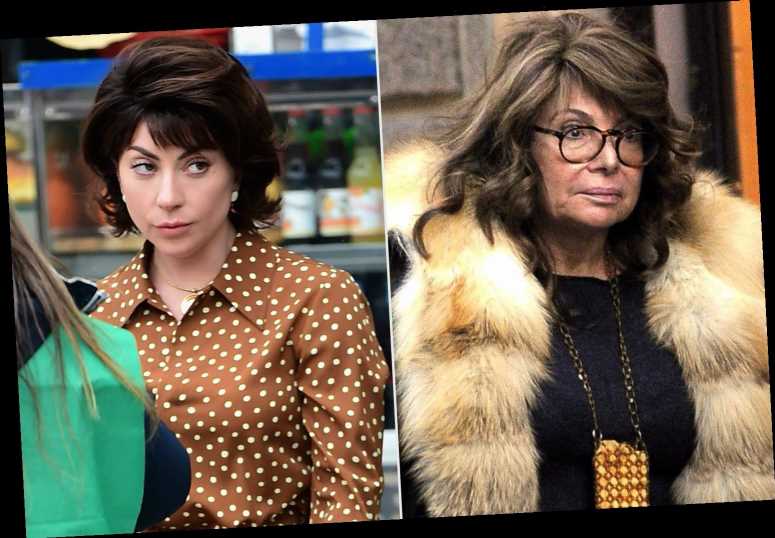 Patrizia Reggiani, the subject of Ridley Scott's film House of Gucci, has a few words for Lady Gaga.

The singer and actress, 34, is set to portray Reggiani, 72, in the upcoming film about the aftermath of the death of Reggiani's ex-husband, Maurizio Gucci, and her subsequent prison time for ordering his murder.

"I'm annoyed by the fact that Lady Gaga is portraying me in the new Ridley Scott film without even having the courtesy or the good sense to come and meet me," Reggiani told Ansa, the Italian national news agency.

She continued, "It's nothing to do with money because I won't be taking a single cent from the film. It's about common sense and respect."

"I believe that any good actor should first get to know the person that they are meant to be playing," Reggiani said, adding, "I think it is not right that I wasn't contacted. And I say this with all the sympathy and appreciation that I have for her."

On Tuesday, Gaga shared a first look of the movie in a photo featuring her and costar Adam Driver.

The movie centers on Reggiani (Gaga), the ex-wife of Gucci (Driver), the head of the Gucci fashion house, and the aftermath of his death after Reggiani hired a hitman to kill him in 1995.

Gucci and Reggiani married in 1973 and in May 1985, the businessman left his wife for a younger woman after 12 years of marriage. Their divorce was finalized in 1991.

In 1995, Gucci was shot and killed by a hitman Reggiani hired on the steps outside his office in Milan.

Reggiani, who became known as the "Black Widow," was convicted of arranging her husband's murder in 1998 and sentenced to 29 years in prison. She was released in October 2016 after serving 18 years in prison due to good behavior.

Reggiani is entitled to, and collects, an over $1 million annuity from the Gucci estate, as well as a back-payment of over $22 million, which accumulated during her time in prison due to an agreement signed in 1993, according to The Telegraph.

The film is based on the novel The House of Gucci: A Sensational Story of Murder, Madness, Glamour and Greed by Sara Gay Forden.