“Don’t get mad. Get everything.” Ivana Trump coined the now-iconic phrase in 1996’s The First Wives Club, but it finds new meaning as the tagline for Patrick Schwarzenegger’s upcoming thriller, Echo Boomers.

The crime drama is like The Bling Ring meets Robin Hood, following recent college grad Lance Zutterland (Schwarzenegger) as he finds himself deep in debt and railing against the system. So, he joins up with a band of criminals (fronted by Michael Shannon and Alex Pettyfer), who steal from the uber-rich and give to, well, themselves. ET can exclusively debut the trailer. (Watch above.)

“First off, I just want to say it’s been a dream of mine to work with Michael Shannon,” Schwarzenegger tells ET. “To play opposite such an acclaimed actor was a dream come true. This movie is actually extremely prevalent today, and I think it’s really a fast-paced, fun movie with exciting twists. I’m excited for people to watch!”

Echo Boomers hails from director Seth Savoy, working from a script he wrote with Kevin Bernhardt and Jason Miller, and also stars Lesley Ann Warren and Riverdale‘s Hayley Law. Check out the poster below. 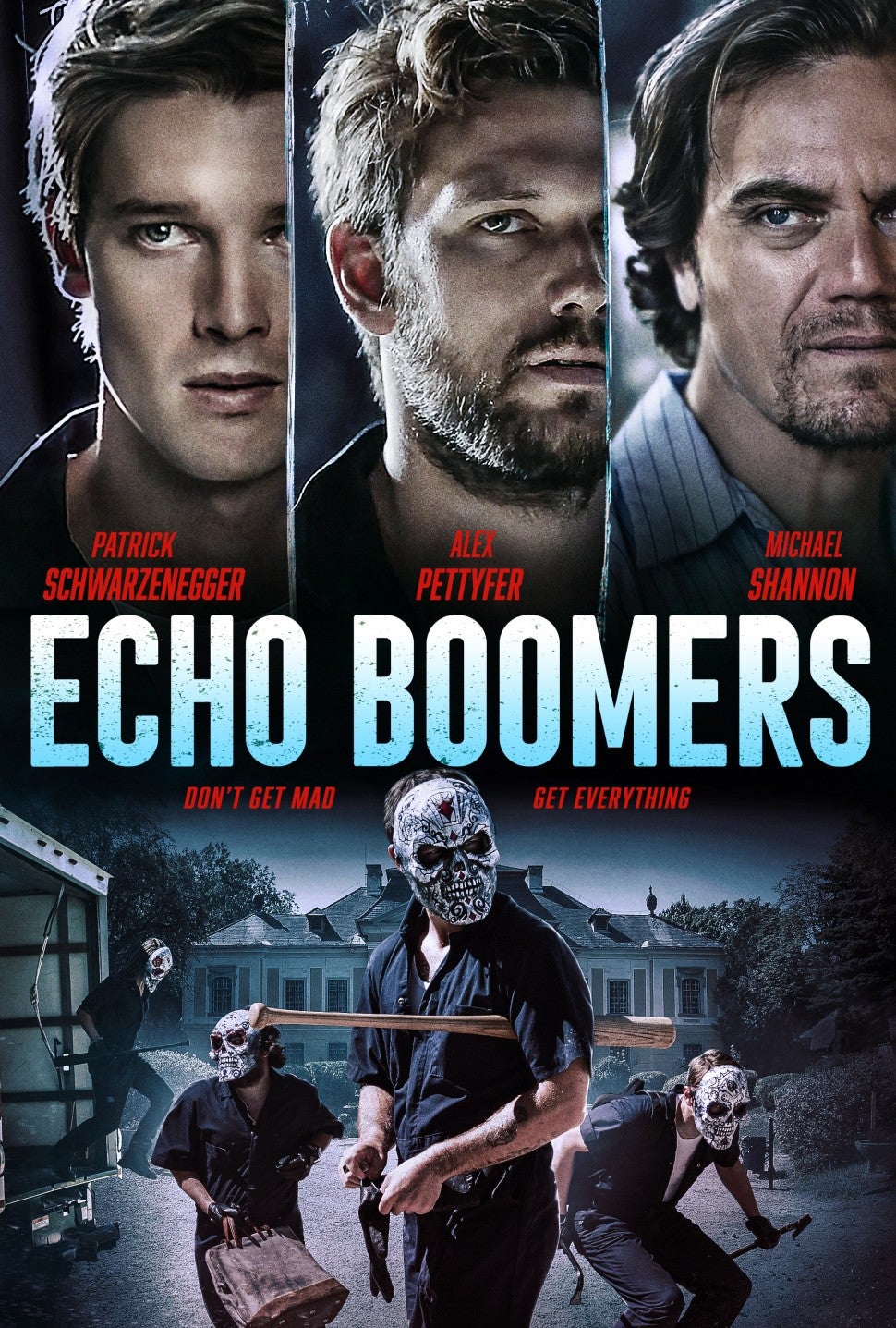 Echo Boomers is in theaters and available digitally and on demand Nov. 13.