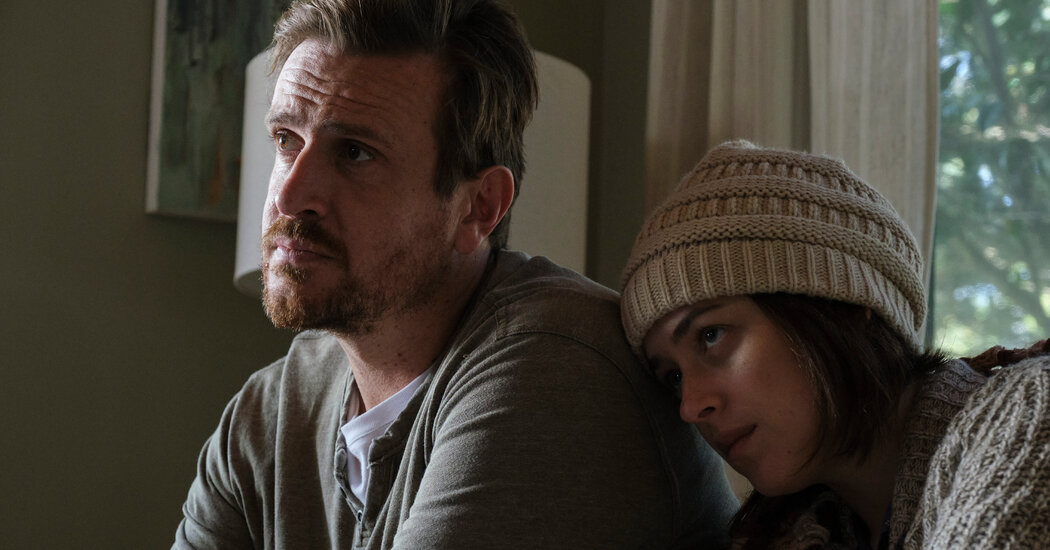 As with any bad movie emerging from someone’s real-life tragedy, “Our Friend” is almost more painful to critique than to watch. Based on Matthew Teague’s raw 2015 article detailing the decline of his wife, Nicole, from ovarian cancer, this drippy drama presents precisely the kind of prettified portrait of death that Teague’s candid writing sought to rebut.

Packing roughly 14 years into a ruinously nonlinear timeline, the director Gabriela Cowperthwaite (whose nonfiction skills would seem perfectly suited to this material) strains to pin down emotions that reconstitute with almost every scene. Watching Matt and Nicole (Casey Affleck and a charming Dakota Johnson) process Nicole’s 2012 diagnosis, argue in 2008 over Matt’s job as a war correspondent and deal with an infidelity in 2011, the movie’s splintered chronology keeps us at arm’s length. As a consequence, Nicole’s suffering — she’s bedridden one minute, brightly playing charades the next — is drained of the force to wound us.

The only constant is Dane (a perfectly steadfast Jason Segel), the friend of the title and the family’s glue. Counselor, housekeeper, babysitter to the couple’s two small daughters — he’s indispensable and unfathomable, moving in to help and staying more than a year. His selflessness is as astonishing as Matt and Nicole’s casual acceptance of it, his motivations a mystery perhaps only the audience cares to solve.

It’s not the only puzzle in Brad Ingelsby’s frustratingly vague script, like why is Nicole’s family — who supposedly prompted the couple’s move from Louisiana to Alabama — not more involved? And how could an article that grappled openly with the horrors of terminal illness grow into a Lifetime-ready weepie like this?

Our Friend
Rated R for distressing language. Running time: 2 hours 4 minutes. In theaters and available to rent or buy on Amazon, Apple TV and other streaming platforms and pay TV operators. Please consult the guidelines outlined by the Centers for Disease Control and Prevention before watching movies inside theaters.