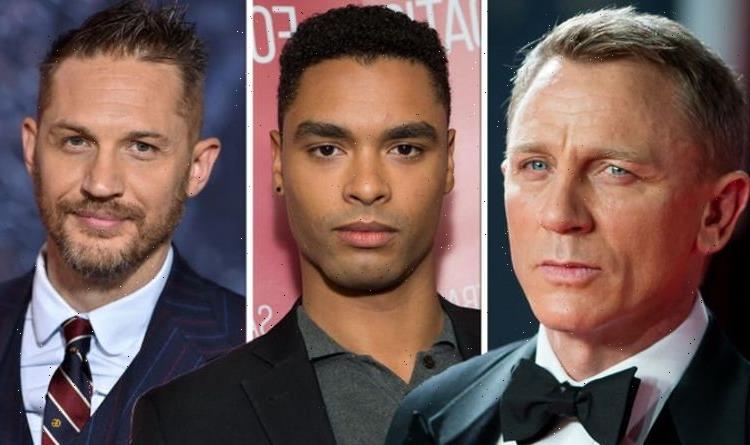 No Time To Die hits cinemas in just a few months and fans of James Bond are excited to see how Daniel Craig’s 007 journey will come to an end. After the epic conclusion, Craig will be replaced by another actor ​who will play the legendary spy, but he has not been announced quite yet. Despite this, the odds are certainly in the favour of one actor in particular: Regé-Jean Page.

Page first hit the fans’ radars over Christmas earlier this year when Bridgerton debuted on Netflix.

The British-Zimbabwean actor played the Duke of Hastings, the main heartthrob for the series.

Since then, his odds have continued to improve drastically, with Ladbrokes now giving him a staggering 4/5 odds on becoming Bond next.

His popularity means he has knocked another favourite down the ladder: Tom Hardy.

Hardy was rumoured to have already been cast as the next James Bond last year.

His odds continued to improve until Page landed on the scene.

Currently, the Venom actor has an impressive 9/2 odds on donning the tuxedo.

Ladbrokes’ Alex Apati said: “Regé-Jean Page is clearly the one to beat in the race to replace Daniel Craig as 007, with every other name in the betting now being 9/2 or bigger.”

What do you think? Should Regé-Jean Page take over? Or Should it be Tom Hardy? Join the debate in the comments section here

Apati added: “Having once been a firm favourite in the betting, Tom Hardy’s odds have drifted substantially over the past few months.

“It’s now looking increasingly likely he won’t be taking over from Daniel Craig.”

Hardy is followed by fellow Brit James Norton who is best known for appearing in TV show McMafia.

Norton has 5/1 on becoming Bond next after Craig, but his chances are also continually dwindling as the months go on.

Norton is followed by Beauty and the Beast actor Luke Evans.

Evans, who is best known for his role in the Lord of the Rings series, is a last-minute addition to the ​betting after he confessed he would “love” to take on Bond next.

​The Welsh star currently has 6/1 on becoming the next British spy.

Whoever does take over from Craig will have some big shoes to fill.

Craig recently spoke out about how he brought his series to a satisfying end alongside Bond producers Barbara Broccoli and Michael G Wilson.

Speaking to Empire, the actor said: “We started talking about it and I went, ‘There might be a story we need to finish here – something we started in Casino [Royale]. Something to do with Vesper, and Spectre, and something that was connected, in a way.’ It started to formulate. And I thought, ‘Here we go.’”

He added: “[Bond] doesn’t feel like other people, because he’s a killer. On Casino​ [Royale]​ he loses the love of his life, and then the shutters come down.

“On Quantum​ [Of Solace]​, the flawed movie that it is, it’s about revenge. And Skyfall is about M. It’s about loss. They’re big themes. And I think, ‘Yeah! Why not have big themes?’”