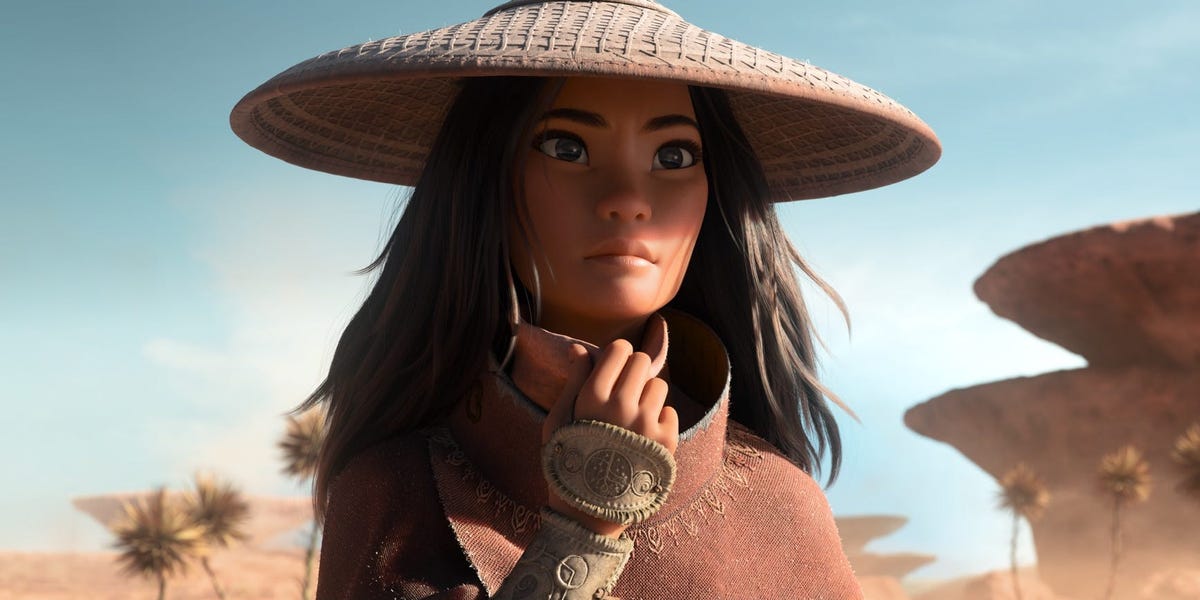 Disney’s new animated movie, “Raya and the Last Dragon,” debuted in theaters and on Disney Plus this month, but it appears that it wasn’t a hit.

The movie received 20% fewer purchases on Disney Plus in the US over its opening weekend (March 5 to March 7) than the live-action “Mulan” did during its first weekend last year, according to new data from the analytics startup Antenna. The company pulls from a variety of opt-in panels like budgeting apps to track purchase and transaction data, which doesn’t include free trials.

Disney did not immediately respond to a request for comment.

Both movies were released on Disney Plus for an additional $30 fee. “Mulan,” however, did not also play in theaters in the US, while “Raya” did.

But “Raya” has also underwhelmed at the box office. It earned $8.6 million domestically in its opening weekend, a disappointing total for a Disney animated movie even during the pandemic (Warner Bros.’ “Tom and Jerry” earned $14 million the prior weekend). It’s made $68 million worldwide so far.

While “Raya” wasn’t a box-office hit, it has received stellar reviews and has a 94% critic score on Rotten Tomatoes. The Los Angeles Times’ Justin Chang called it a “moving adventure.”

Despite the box-office and streaming results for “Raya,” Disney is using the same strategy — which it calls “Premier Access” — for “Cruella” and Marvel’s “Black Widow.” Both movies will simultaneously arrive in theaters and on Disney Plus for an additional fee on May 28 and July 9, respectively.

Disney CEO Bob Chapek hinted in November during an earnings call that “Mulan” had performed well enough to use “Premier Access” on more titles, saying “we saw positive results to know that that we had something in the Premier Access strategy.”