“Once superhero movies really became the only movie studios cared about, the experience of making a movie like mine changed,” “The Holiday” director says 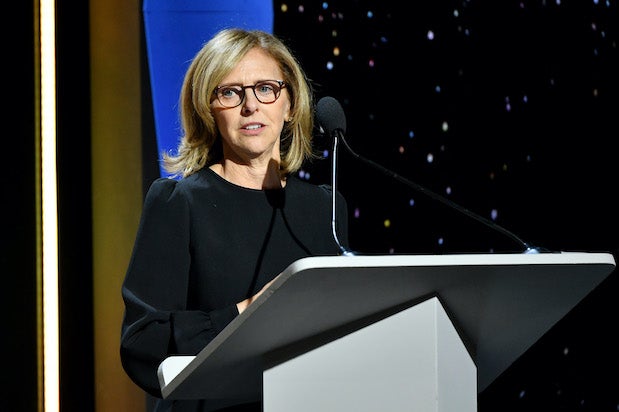 Nancy Meyers is hinting that she may have directed her last film and is retiring from making movies.

Meyers, whose last feature film was 2015’s “The Intern,” told Vulture that the Anne Hathaway-Robert De Niro comedy was “probably” her last.

“I haven’t had a new movie in a while, and I’m probably not going to have any more movies,” said Meyers, whose big-screen hits include “Father of the Bride” and “The Holiday.” “The length of a movie, I found over time, became exhausting. Because it’s not that I can’t work for two years. It’s the intensity of it for that amount of time — it never lets up.”

Vulture is recognizing Meyers with a whole week celebrating her movies, many of which are often released around Christmas time, and they spent a good chunk of the interview begging Meyers to reconsider.

Earlier this year, Meyers did write and direct a Zoom sequel to “Father of the Bride,” Netflix’s “Father of the Bride Part 3 (ish)” that was released direct to YouTube. But that process she says took only a matter of months rather than years of her life. And she blames the industry’s obsession with superhero movies and franchise films as part of the reason why the magic is gone.

“Once superhero movies really became the only movie studios cared about, the experience of making a movie like mine changed. I remember when I finished ‘The Intern,’ I thought, ‘I think this is it,” Meyers said. “I made two movies in three years, and that just about put me over the edge. I’m still on the edge. Could I be pulled back from the edge? Maybe. I’ve had some interesting offers. But also, with COVID, I’m not going on a set. I don’t even go into my backyard if somebody’s here.”

Read the full interview with Nancy Meyers in Vulture.