Breaking News
Billie Faiers treats daughter Nelly to lavish sixth birthday celebrations as she gushes over daughter: ‘You truly are so special’
Coronation Street fans spot Imran hair blunder after actor Charlie De Melo shaved his head in lockdown
Maura Higgins baffled after being sent a bunch of flowers by a mystery admirer
THE STORIES REPORT: How brands can take advantage of the viral growth of the Stories format
Skip to content

Based on the true story (or is it?) of four guys who steal an extremely rare book from a Kentucky university, director Bart Layton's film is in hybrid territory: it looks like a feature film but it has real people as well. Beyond being a heist movie (and who doesn't love a heist movie?) there's the question of why four reasonably privileged young men would set fire to their own lives in this way. PB 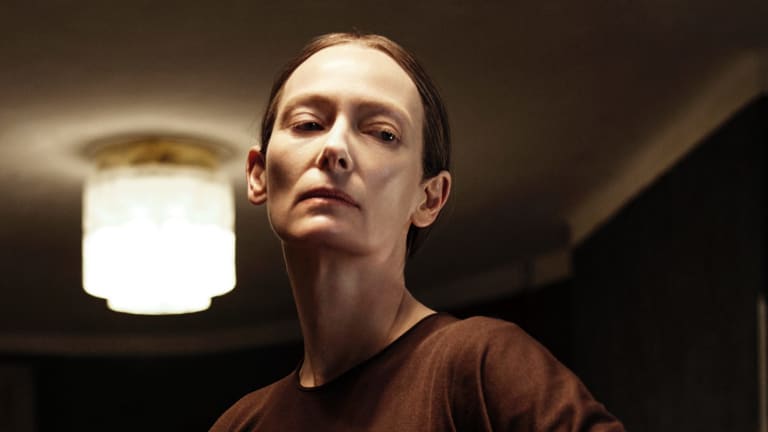 Young journalist Paul Asher (Brenton Thwaites) returns to New York from assignment in Afghanistan. His marriage is breaking down and he has to get to an important interview. In the chess garden at a park in Manhattan, he meets David Strathairn, silver-haired and elegant in a tan suit. The interview begins with Strathairn introducing himself for the tape: "God. G.O.D." PB

A Simple Favour is largely a comedy, and a good one, in which perfect mum Stephanie Sommers (Anna Kendrick) and her polar opposite Emily Nelson (Blake Lively) become friends and then something else. In one sense, it's a fresh take on the stress point of many women's lives – between career and children. PB

A Star Is Born is not Shakespeare but it does have the adaptability of a classic. This is its fourth big remake and three of those incarnations have provided a perfect showcase for the diva of the day. This time it confirms Lady Gaga's acting skills, while also proving that her co-star, Bradley Cooper can direct – although he is a little too fond of the frame-filling close-up. When Gaga's Ally and director and co-star Bradley Cooper's Jackson Maine first meet, he's a famous rock singer and musician and she's a hotel waitress with a part-time gig singing at a drag bar. It's the beginning of her transformation. SH

What a remarkable story. Bernard Shakeshaft spent years in the Northern Territory, where he learned from Aboriginal elders. They taught him to track animals; also how to "backtrack". At least that's what I think he said. It's not so clear what "backtracking" is in Catherine Scott's film about the program he runs near Armidale, NSW, in which he uses dogs to help troubled boys (and apparently some girls) back from the brink. Shakeshaft's humanity is obvious and Scott is sensitive in telling these stories. PB

Rami Malek (star of television's Mr Robot) has the lead role here of Freddie Mercury, Queen's frontman. The initial script was done by Peter Morgan, best known for his work dramatising the life of the other British Queen. But his efforts failed to satisfy everybody and Anthony McCarten (The Theory of Everything) took over. The final result credits both writers. After opening with a glimpse of Queen's appearance at the 1985 Live Aid concert at Wembley Stadium, the action flashes back to 1970 and Freddie's introduction to his future band mates. The closing 20 minutes at Live Aid is meticulously staged on a grand and exhilarating scale.SH

Written and directed by Australian Joel Edgerton, Boy Erased has been adapted from a memoir by Garrard Conley. Trusting in the parents he loves and the faith they follow, 19-year-old Jared Eamons goes along with the idea that homosexuality can be cured. It's a slow build to a Lord of the Flies scenario and a predictably tragic climax with a touch of gothic horror. However, the film is imbued with such restraint that it's all too believable. SH

The film is a variation on the "fractured fairytale" and the central idea is a good one: telling the real story behind the myth of Prince Charming (voiced by Wilmer Valderrama). The prince is reimagined as a hapless rich kid whose irresistible appeal to women is not a blessing but a literal curse. To break the spell, he must complete a series of dangerous challenges, aided by a wised-up thief named Lenore (Demi Lovato) whose own curse – the inability to love – gives her immunity to his charms. JW

Michael Moore versus Donald Trump: it's a grudge match that was always destined to happen. Moore appears a decent and principled man, at least judging by the scarcity of dirt on him despite the many foes who would be glad to dig it up. His latest political essay film is not just a look at Trump's rise but a state-of-the-nation address in his typical rambling vein, blending interviews, stunts, droll narration and clips dug up from the archive edited together for maximum damaging effect. Some sections are witty and focused, others silly and questionable – but there's no doubting the sincerity of his anger and concern. SH

The latest film in the Millennium series is pretty much a one-woman show. Mikael Blomkvist, the hero of the original Stieg Larsson novels, has been demoted to supporting player. He spends most of his time consumed by a desperate attempt to figure out what the hell his friend Lisbeth Salander is up to. It's directed by Uruguyan-born Fede Alvarez, a horror movie specialist, who's intent on having us see Salander as a brooding Swedish superhero. SH

Several characters gain some degree of wisdom in Bruce Beresford's Ladies in Black, a film based on Madeleine St John's book The Women in Black and which he fought for years to make. He can count this film, starring Julia Ormond, Rachael Taylor and Angourie Rice, as a personal triumph. Set in Sydney in 1959, the story centres on the frock department of a fictitious upmarket store, called Goode's, a microcosm of a country on the cusp of change. JW

This remake of Dario Argento's 1977 horror classic is outwardly a drastic departure from Luca Guadagnino's recent breakout hit, the glossy queer romance Call Me By Your Name. At a West Berlin dance academy that may be a front for a coven of witches, the company's latest student Suzy Bannion (Dakota Johnson) initially seems well out of her depth. This version runs nearly an hour longer than the original and has a wilfully drab, chilly look, to maximise a musty, oppressive mood. JW

Jerry (Jake Gyllenhaal) and Jeanette (Carey Mulligan) married young, having spent their college years as an archetypal golden couple. Life, however, has failed to fulfil its early promise and they have moved frequently with their 14-year-old son, Joe (Australian Ed Oxenbould), propelled by circumstance and the hope that chance will treat them more kindly next time. It's a small film, yet it covers an immense amount of ground. SH