Breaking News
Strictly's Oti Mabuse wipes away tears as she's surprised with special family call on her 30th birthday
'90 Day Fiancé': Nicole Nafziger Is Seeking Advice on How to Get Out of Morocco
Who Will Be the Primary X-Men Characters in the MCU?
Shawn Mendes and Camila Cabello: A Timeline of Their Romance
Skip to content

In addition to the new hires, MGM created the position of vice president of social media and brand strategy 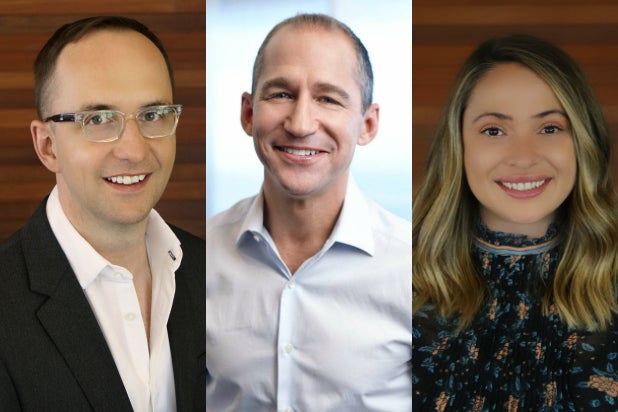 “David, Michael and Val are all highly regarded and forward-thinking marketing executives with impressive track records of innovation and strategic vision,” Bruno said. “As MGM continues to leverage our iconic library of IP and expand our storytelling capabilities, we will look to their collective expertise to help us reach the broadest audiences for our content with globally relevant marketing campaigns across platforms.”

In his new role as executive vice president of worldwide TV marketing, Luner will oversee content marketing for MGM’s TV division, working closely with the global production and sales teams, as well as the studio’s network partners across scripted, unscripted and alternative programming.

Luner joins MGM from Lionsgate where he also served as executive vice president of worldwide TV marketing and oversaw the global consumer and trade marketing, publicity, corporate brand building and creative services. During his tenure, he worked on some of the most iconic shows on television including “Mad Men,” “Nashville” and “Orange Is The New Black.”

As executive vice president of film marketing, Fisk will oversee marketing for MGM’s film slate and manage the studio’s relationships with its distribution and marketing partners including United Artists Releasing, among others.

Fisk previously served as executive vice president of international marketing for Lionsgate, where he was responsible for creating the strategy, positioning and marketing plans for award-winning films like “La La Land” and “A Monster Calls.”

Prior to Lionsgate, Fisk spent 12 years at Sony Pictures, spearheading international marketing campaigns for the James Bond films “Spectre,” “Skyfall” and “Casino Royale,” along with “Spider-Man,” “The Smurfs” and “The Da Vinci Code.”

Aveni joins MGM from Uber where she served as the senior lead for the ride-sharing app’s global marketing and content. In the newly created role of vice president of social media and brand strategy, Aveni will be responsible for the development and execution of MGM’s social media and brand evolution across the company’s entire portfolio.

'90 Day Fiancé': Nicole Nafziger Is Seeking Advice on How to Get Out of Morocco

Shawn Mendes and Camila Cabello: A Timeline of Their Romance