Katzenberg, a New York City native, got his Hollywood start after dropping out of New York University as a freshman in 1970. 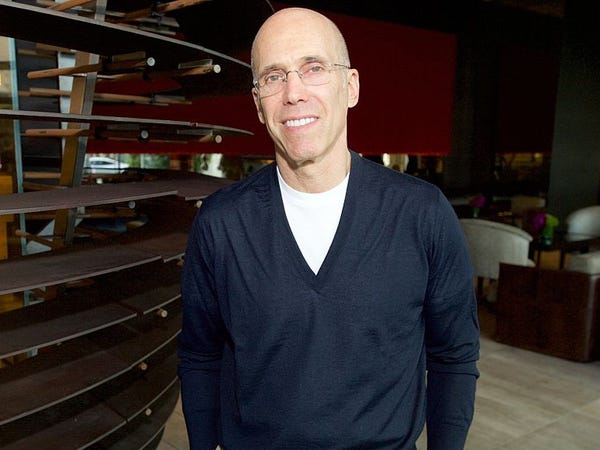 At age 14, Katzenberg had decided to volunteer for legendary New York City Mayor John Lindsay. He said his time with the Lindsay Administration earned him the nickname of  "Squirt," and "set the course for [his] life as the short, scrawny adult in Hollywood."

It also taught him, as he later told Lindsay's chief of staff Jay Kriegel, the "supreme importance of minding the smallest details, of not accepting the bureaucratic 'no,' of returning calls, of staying focused on the big picture and, most of all, of always striving to do your very best to exceed expectations."

He went on to enroll in NYU — "because it was the closest to city hall" — but he dropped out during his first semester in 1970. In 2018, he told Stanford Graduate School of Business students that he thought he "could do better" working for the mayor than "in a college classroom." After dropping out of college, he continued to work for the mayor and held political organizer jobs until making the move to Hollywood in 1975.

Katzenberg's first Hollywood job was at Paramount Pictures, where he quickly climbed the ranks as media mogul Barry Diller's mentee. 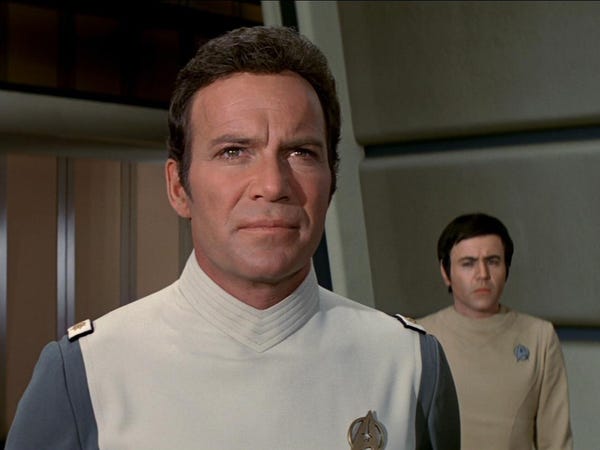 In 1975, Katzenberg began his Hollywood career in the mail room of Paramount Pictures at age 24. He then became Barry Diller's assistant. Diller, the legendary media mogul, was chairman at the time and became a mentor to Katzenberg.

"He invested in me," Katzenberg told Stanford students in 2018. With Diller's help, Katzenberg eventually worked on reviving the Star Trek franchise with 1979's "Star Trek: The Motion Picture," and was promoted to vice president of production at age 29.

"And I actually could do the job," Katzenberg said of earning the title at a relatively young age. "And the only reason I could do the job is because he had taken the time to actually train me and give me the resources to function in the job."

Katzenberg made the jump from Paramount to Disney in 1984, where he became the chairman of film production. 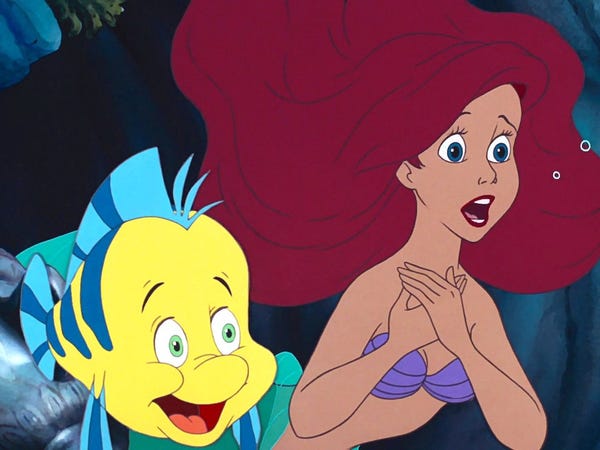 When Katzenberg joined the team in 1984, Walt Disney Studios was notoriously struggling with flopping films and declining earnings. He revitalized Disney's animated sector by overseeing hits like "The Little Mermaid," "Aladdin," "The Lion King," and "Beauty and the Beast," which became the first animated film to be nominated for Best Picture at the Oscars.

In the 1990s, Katzenberg told the Hollywood Reporter's Kim Masters that he had been promised a promotion to president of the company, but was passed over. After a public push and pull between Katzenberg and other Disney executives, he was ousted from the company in 1994, Masters wrote in a 2014 retrospective.

Later, Katzenberg sued Disney for breach of contract. According to Variety, he alleged that he was owed at least 2% of studio profits from his decade-long tenure — which would amount to $250 million. The lawsuit was settled in 1999, and while the final amount awarded to Katzenberg is unknown, it was expected to be in the hundreds of millions, per the Washington Post. 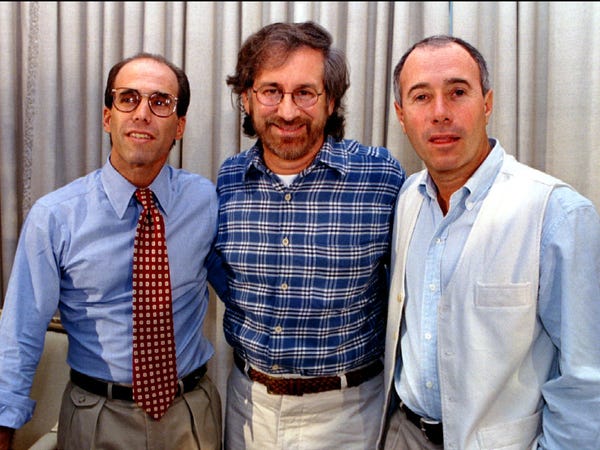 Katzenberg's first film as executive producer was 1998's animated "The Prince of Egypt," which marked the studio's first attempt to be an alternative to Disney. The studio also made a name for itself with a series of critically acclaimed feature films. DreamWorks produced three back-to-back Best Picture Academy Award winners: "American Beauty" (1999), "Gladiator" (2000), and "A Beautiful Mind" (2001).

Katzenberg remained the CEO of DreamWorks Animation until 2016, when NBCUniversal acquired the company for $3.8 billion. 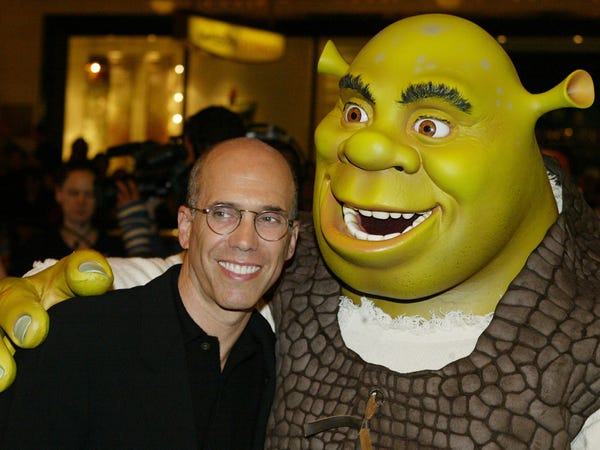 Fast Company's Nicole LaPorte reported that Katzenberg stepped down as CEO upon NBCUniversal's acquisition of DreamWorks in 2016. The deal, which amounted to $3.8 billion, netted Katzenberg $21 million and stock options worth over $400 million.

Following the sale of DreamWorks Animation, Forbes estimated that Katzenberg has a net worth of $900 million. 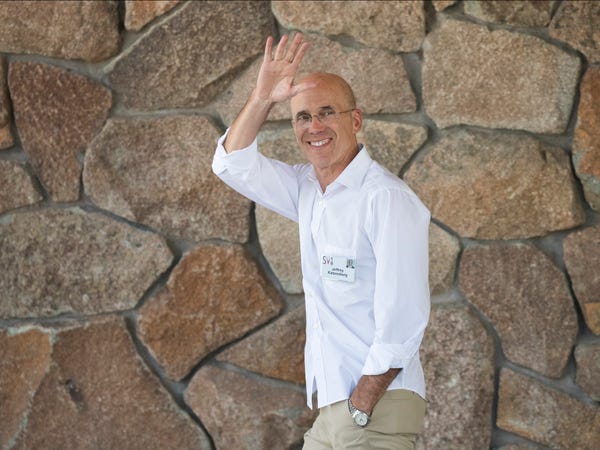 Katzenberg has been known to use his considerable wealth philanthropically. He and his wife, Marilyn, created a foundation in 1994, through which they donate roughly $2 million a year to various charities.

According to Inside Philanthropy, the Katzenbergs have donated to Boston University, where both their children attended college. While many of their donations further the arts — like $30 million to the Motion Picture and Television Fund Foundation — they've also donated to the American Heart Association, the ACLU, and the Human Rights Watch. They also serve on the board on Cedars-Sinai Medical Center.

Katzenberg's primary home is in Los Angeles. In addition to his philanthropy, he's been known to spend his money on secondary homes. 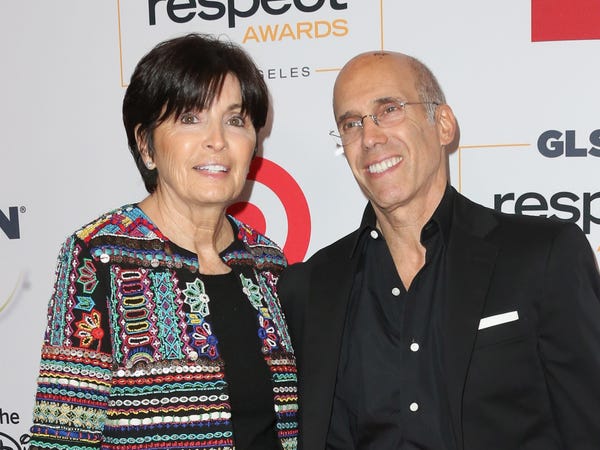 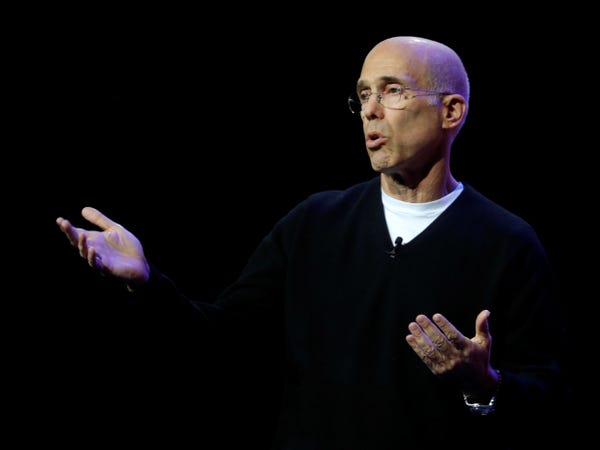 Katzenberg raised over $1 billion in capital for his California-based investment firm, WndrCo.

He partnered with former DreamWorks Animation President Ann Daly and former Dropbox exec Sujay Jaswa — mirroring the firm's purpose, to pursue investments at the nexus of technology and entertainment.

According to analysts, the model was similar to former mentor Barry Diller's IAC, a holding company which includes Vimeo, Ticketmaster, and more. WndrCo has made small investments in digital media companies like Axios and Whistle Sports. 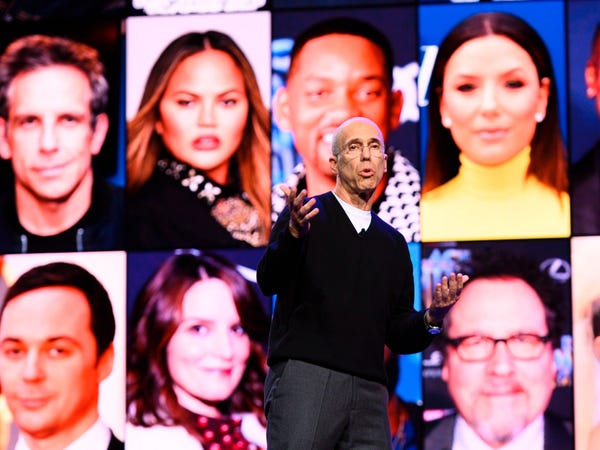 Katzenberg is the creative mind behind Quibi, the short-form video service. His former colleagues told Business Insider that he was "obsessed" with the concept of creating a new form of TV for smartphones.

In January 2018, he hired former seasoned Silicon Valley mogul Meg Whitman as CEO and together they raised $1.8 billion from investors like Disney, Sony, and Alibaba group. They secured hundreds of millions in ad buys from major brands like PepsiCo. They ensured big budgets and big names, with content produced by former DreamWorks cofounder Spielberg and featuring actors such as Idris Elba and Jennifer Lopez.

"Meg and Jeffrey have a long history of building strong brands and tech platforms from the ground up," a Quibi spokesperson previously told Business Insider. Insiders told Business Insider's Ashley Rodriguez, Tanya Dua, and Becky Peterson that Katzenberg, while not responsible for day-to-day operations, was "the driving force behind the most crucial aspect of the business: its content."

They detailed Katzenberg as deeply involved in every aspect of the company, even in decisions as minute as wardrobe.

But Katzenberg's deep involvement couldn't save Quibi. It's shutting down now, just six months after its initial launch. 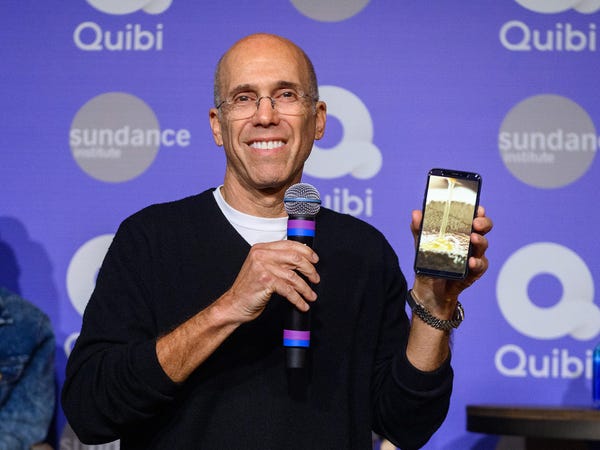 Quibi, short for "quick bites," was designed to be a streaming service imagined for viewers on the go. But it debuted in a world where viewers were almost certainly staying put amid a global pandemic.

In a May 11 interview with The New York Times, Katzenberg blamed the coronavirus for "everything that has gone wrong" for the app, which launched in April.

Quibi grew sluggishly: It was only downloaded 1.7 million times its first week in the app store. For context, its initial goal was 7 million paying subscribers within the first year.

Its content didn't seem to strike a chord with viewers, even though Quibi projects featured names like Chrissy Teigen and Liam Hemsworth. The company was also hobbled by a lawsuit over the technology it uses to rotate videos based on the orientation of the user's phone.

The Wall Street Journal reported on Wednesday that Quibi will be shuttering in an effort to return some capital to investors, citing sources familiar with the matter.

"Quibi is not succeeding," Katzenberg and Whitman wrote in a letter to employees. "Likely for one of two reasons: because the idea itself wasn't strong enough to justify a standalone streaming service or because of our timing."

The apologetic letter continued: "Our failure was not for lack of trying; we've considered and exhausted every option available to us."

The company is laying off all employees and selling some of its content to other media companies.

In a Wednesday video call with employees, the Journal reported, an emotional Katzenberg told employees to listen to the song "Get Back Up Again" from "Trolls," a DreamWorks animated movie, in an effort to lift spirits.

"If something goes a little wrong, well you can go ahead and bring it on," actress Anna Kendrick sings on the song, "'cause if you knock me over, I will get back up again."