If there’s one thing Matt Damon is familiar with, it’s being asked about Ben Affleck & Jennifer Lopez. The Stillwater actor, who is currently under scrutiny for saying he didn’t know not to use the homophobic ‘F-slur’ until recently, revealed his true feelings about his long-time friend’s romance with the celebrity juggernaut. 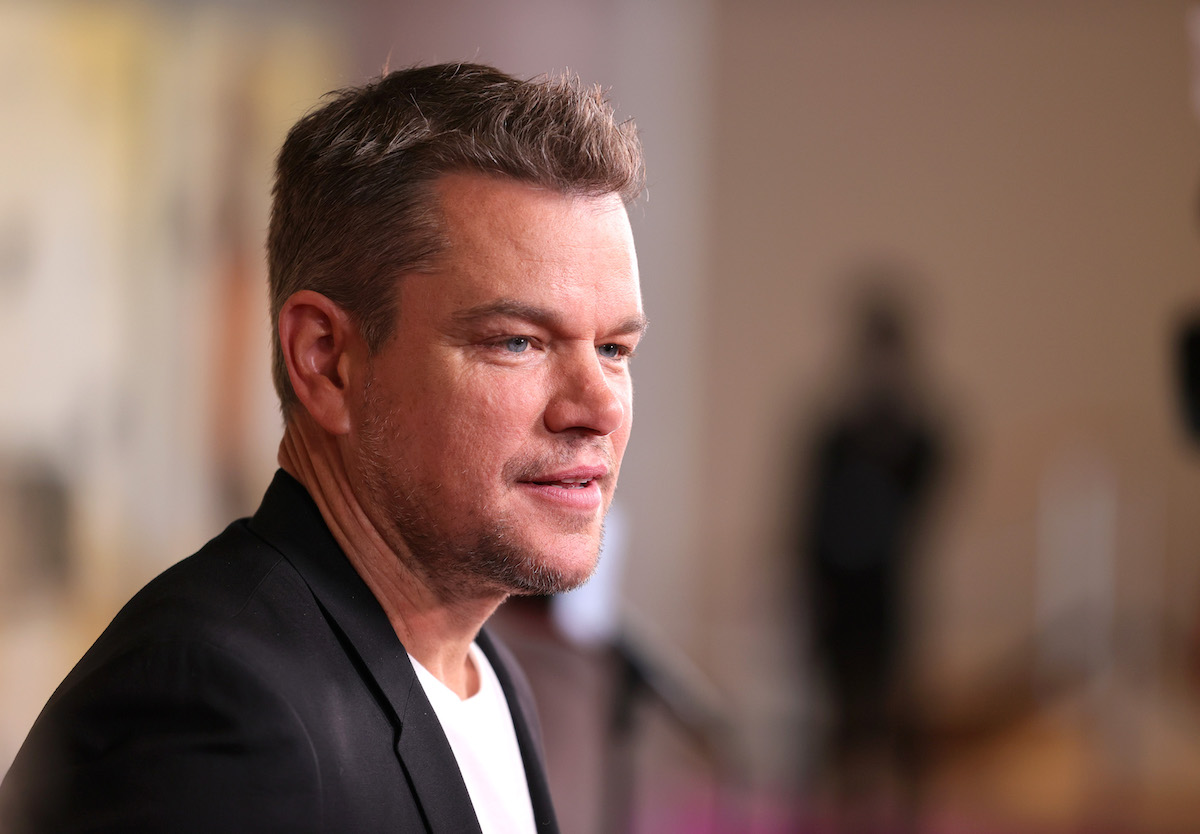 Per People magazine, In an interview on SiriusXM’s The Jess Cagle Show, Damon responded to questions about Affleck and Lopez’s recently rekindled, and very public, romance. Leading Damon into a discussion about the two, host Jess Cagle suggested it was obvious that Damon would be happy for them.

“I know you love getting asked about that,” Jess Cagle joked. “Right,” Damon said. “But how else would I be? Like, would I be unhappy? Like, ‘I hate true love.’ ”

Damon continued with the joke, saying, “It sucks,” he told Cagle. “Yeah. Yeah. I wish them nothing, but you know, hardship.”

The Bourne Identity actor responded to a similar question more seriously in an interview with Extra. “I’m just so happy for him,” he told Extra. He’s the best. He deserves every happiness in the world. I’m glad for both of them.”

In an interview in yesterday’s The Sunday Times, Damon joked about dropping the homophobic ‘F-slur’ at the table in front of his three daughters, ages 15, 12, and 10.

“The word that my daughter calls the ‘f-slur for a homosexual’ was commonly used when I was a kid, with a different application,” Damon said. “I made a joke, months ago, and got a treatise from my daughter. She left the table.”

The public reaction wasn’t great, given that Damon has run into trouble with this sort of thing before, telling The Guardian in 2015 that actors simply shouldn’t talk about their sexuality — especially if they’re gay. He later clarified on Ellen, but had trouble walking back on such a controversial statement.

Damon went on to tell the Sunday Times that he understood and accepted what his daughter said. “I said, ‘Come on, that’s a joke! I say it in the movie Stuck on You!’” Damon said, referencing his widely panned 2003 movie. “She went to her room and wrote a very long, beautiful treatise on how that word is dangerous. I said, ‘I retire the f-slur!’ I understood.”

Still, his cavalier attitude didn’t sit well with fans and LGBTQ allies, who erupted in recriminations on social media over the weekend.

His movie ‘Stillwater’ debuted at Cannes and is currently in theaters

Damon recently returned to the big screen with the Cannes debut of Stillwater, which is now in theaters. He told Screenrant that Stillerwater was a unique opportunity to play a role “specific” to a particular culture. He also explained how he built his character, Bill Baker.

“It was a very specific thing, this kind of roughneck culture down in Oklahoma and Texas,” he told Screenrant. “And thankfully, we had some guys that we could go to down there who really gave us incredible access and really helped us build the character.”

Whether building a character or taking lessons from his daughter, Damon appears to have his hands full for the time being.