Mardik Martin, a screenwriter who collaborated with Martin Scorsese on films like “Raging Bull,” “New York, New York” and particularly Mr. Scorsese’s breakthrough in gritty realism, “Mean Streets,” died on Wednesday at his home in Los Angeles. He was 84.

The cause was complications of a stroke, said Hunter Hughes, his friend and former assistant.

Mr. Martin met Mr. Scorsese when they were both film students at New York University in the 1960s. Obsessed with movies, they began to collaborate.

“For a time, we were inseparable,” Mr. Scorsese said in a statement after Mr. Martin’s death. “We went to see movies together, we talked about them endlessly, and then we started dreaming up the pictures we were going to make — in diner booths and on benches in Washington Square Park, walking the streets of Lower Manhattan or driving around the city, in hot and cold weather, in sunshine and in rain and snow, by night and by day.”

Mr. Martin drew from the seedier side of New York, going to great lengths, he said, to dredge up realistic dialogue for his scripts. “I would drive around and pick up hookers, but not for the sex,” he said in 2007. “I would bring a tape recorder and pay them $100 for their stories.”

His interviews inspired parts of “Mean Streets,” a crime drama, set on the Lower East Side of Manhattan, that Mr. Martin wrote with Mr. Scorsese. The film, which starred Robert De Niro and Harvey Keitel, was released in 1973 to critical praise and catapulted Mr. Keitel, Mr. De Niro and Mr. Scorsese to stardom. 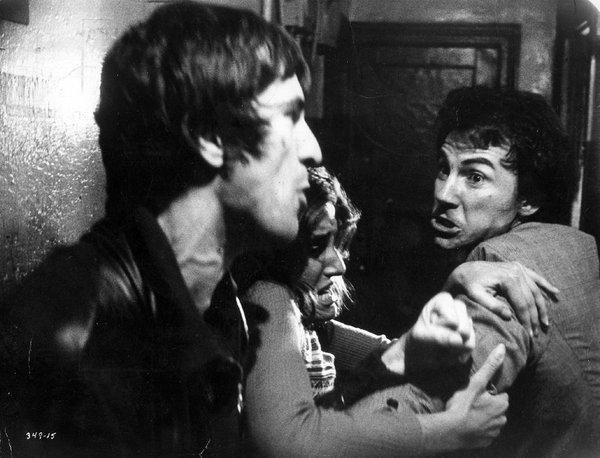 Mr. Scorsese and Mr. Martin later collaborated on “The Last Waltz” (1976), the concert film about The Band, and on “New York, New York” (1977), a musical drama (and a box-office disappointment) written with Earl Mac Rauch and starring Mr. De Niro and Liza Minnelli. They then worked together on “Raging Bull” (1980), about the troubled life of the boxer Jake LaMotta.

Mr. Martin wrote a first draft of “Raging Bull” in 1977. He said he had tried to interest Mr. Scorsese in the project by comparing it to biblical epics.

“‘Think of them as gladiators, fighting in an arena packed with people,’” Mr. Martin was quoted as telling Mr. Scorsese in a 2010 Vanity Fair article by the film historian Richard Schickel. “‘Then think of them exchanging blows, and the sweat and the blood flying all over the place, onto their tuxedos, their mink coats.’ That got him excited.”

Mr. Martin wrote three versions of the screenplay, drawing on interviews he conducted with Mr. LaMotta and his ex-wife. But Mr. Scorsese and Mr. De Niro disliked all of them, Mr. Schickel wrote, and enlisted Paul Schrader to write a new version.

“I hated to do it after all the time Mardik spent,” Mr. Scorsese was quoted as saying by the British newspaper The Observer, “but there was much more boxing than we wanted.”

“Raging Bull” became one of Mr. Scorsese’s most lionized films and was nominated for eight Academy Award, winning two, for best actor (Mr. De Niro) and best film editing (Thelma Schoonmaker). Both Mr. Schrader and Mr. Martin were credited as screenwriters but not nominated.

Mardik Vartan Martin was born on Sept. 16, 1934, in Abadan, Iran, to Vartan and Heranoosh (Fenerjian) Martin, both of whom were of Armenian descent. His mother was a homemaker, and his father owned a bookstore.

Mardik was sent to a British boarding school in Baghdad at 10 and moved by himself to the United States in 1954, hoping to make his fortunes there. He initially went to N.Y.U. to study business before switching to film, all the while working as a waiter at Toots Shor’s restaurant in Manhattan.

Mr. Scorsese was not the only director with whom Mr. Martin worked. He and Ken Russell wrote the screenplay for “Valentino” (1977), about the silent film actor Rudolph Valentino.

Mr. Martin’s film work dried up in the 1980s, and he struggled with cocaine addiction. In recent years he taught screenwriting at the University of Southern California’s School of Cinematic Arts. In 2008 Ramy Katrib and Evan York released a documentary about his life, “Mardik: Baghdad to Hollywood.”

Mr. Martin’s last screenwriting credit was for “The Cut” (2014), a film about a survivor of the Armenian genocide searching for his daughters in 1915. He wrote it with the director, Fatih Akin.

He is survived by a sister, Violet Asadoorian.