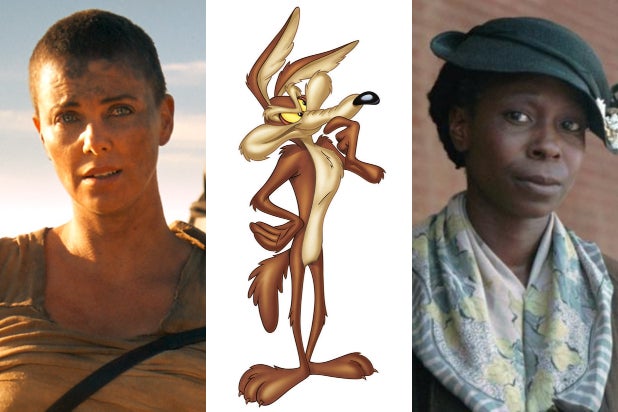 Warner Bros. announced on Wednesday that it has greenlit three tentpole films to enter preproduction: the “Mad Max: Fury Road” spinoff “Furiosa,” the Warner Animation Group live-action/animated hybrid “Coyote vs. Acme,” and an adaptation of the Broadway musical version of “The Color Purple.”

“Furiosa” will be a prequel to “Fury Road” that explores the past of the heroine made famous by Charlize Theron in the Oscar-winning 2015 action film. Anya Taylor-Joy will play a younger Furiosa and star alongside Chris Hemsworth and Yahya Abdul-Mateen II. “Mad Max” creator George Miller returns as writer/director/producer, and the film is set for release on June 23, 2023.

“Coyote vs. Acme” will feature Wile E. Coyote and explore his misfortunes with the famed Acme gadget company that supplies him during his hunt for the elusive Roadrunner. Dave Green (“Teenage Mutant Ninja Turtles: Out of the Shadows”) will direct from a screenplay co-written by “Guardians of the Galaxy” and “The Suicide Squad” director James Gunn alongside Jeremy Slater, Jon and Josh Silberman and Samy Burch. Gunn will also produce alongside Chris DeFaria. The film is set for release on July 21, 2023.

“The Color Purple” will be based on the Tony-winning Broadway musical, which in turn is based on Alice Walker’s 1982 novel and Steven Spielberg’s 1985 Warner Bros. film that made stars of newcomers Oprah Winfrey and Whoopi Goldberg. Winfrey, Spielberg, Quincy Jones and Scott Sanders will produce. Blitz Bawamule, one of the directors behind Beyonce’s “Black Is King” visual album, will direct from a script by Marcus Gardley. The film is set for release on December 20, 2023.

Warner Bros.’ announcement comes after the studio revealed plans to release all of its 2021 films on HBO Max the same day they arrive in theaters, citing the pandemic as the key reason for the move.

While directors for some major Warner Bros. films like Christopher Nolan, Denis Villeneuve and Patty Jenkins have voiced concerns that the day-and-date model will continue beyond next year, today’s announcement suggests that Warner is committing to theatrical releases going forward.