For die-hard fans of Mad-Max: Fury Road, there won’t be a need for character introductions. But for anyone who is unfamiliar with the movies, in general, this more modern rendition of the popular films is more than a reboot.

Mad Max: Fury Road takes place in a post-apocalyptic world where water and gasoline are the most valuable assets in a vast desert landscape. Immortan Joe and his army of silver-soaked War Boys rule resources with an iron fist. This brings us to the next point: Why do the War Boys have silver mouths and teeth, anyway? The bizarre origin of this look will send chills up your spine.

How the War Boys prepare for battle in ‘Mad Max: Fury Road’

Of course, Mad Max: Fury Road is just a movie. None of the actors portraying the War Boys actually inhaled narcotics. But the concept is rooted in reality. In fact, the writer and director George Miller said he came up with the idea from a Vietnam War documentary, Front Line.

In it, Cambodian soldiers performed a similar pre-war ritual. Soldiers would suspend tiny jade figurines of Buddha from their mouths, signifying their pre-war courage to meet their makers. 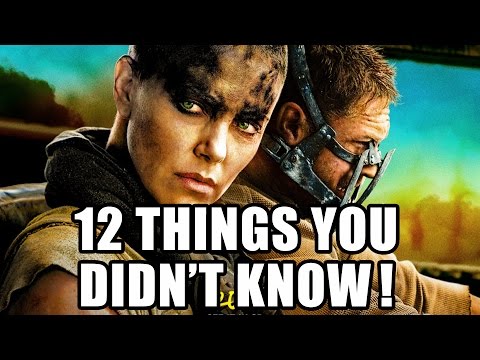 According to IMDb‘s trivia and little-known facts about Mad Max: Fury Road, there was an unintended side effect of the silver spraying ritual. A cake decorating company called Wilton makes “Color Mist.”

The silver spray intended to put a silver sheen on cakes and baked goods. But it saw some serious changes on its Amazon seller’s profile. Before the movie premiered, the reviews and comments were few and far between, mostly coming from baking professionals.

Once the movie was released in May of 2015, the Amazon listing for this “Color Mist” gained a following. The comments and FAQ sections both flurried with comments from users who were posing as War Boys, offering bizarre reviews of the silver baked goods spray.

Some five-star reviews include one user who says, “Great chrome spray, but may not guarantee entrance into Valhalla.” Another tells a harrowing tale of how his “war party was flanked on the I-495,” and having this silver spray ensured his victory.

It’s a tad chilling to know that the War Boys’ ritual was inspired by similar mouth-related pre-war antics during the Vietnam War. It’s equally bizarre to witness the self-proclaimed War Boys in real life, buying their silver spray on Amazon.

James Bond: Sean Connery ‘needed booze’ for most iconic scene ‘He was terrified’