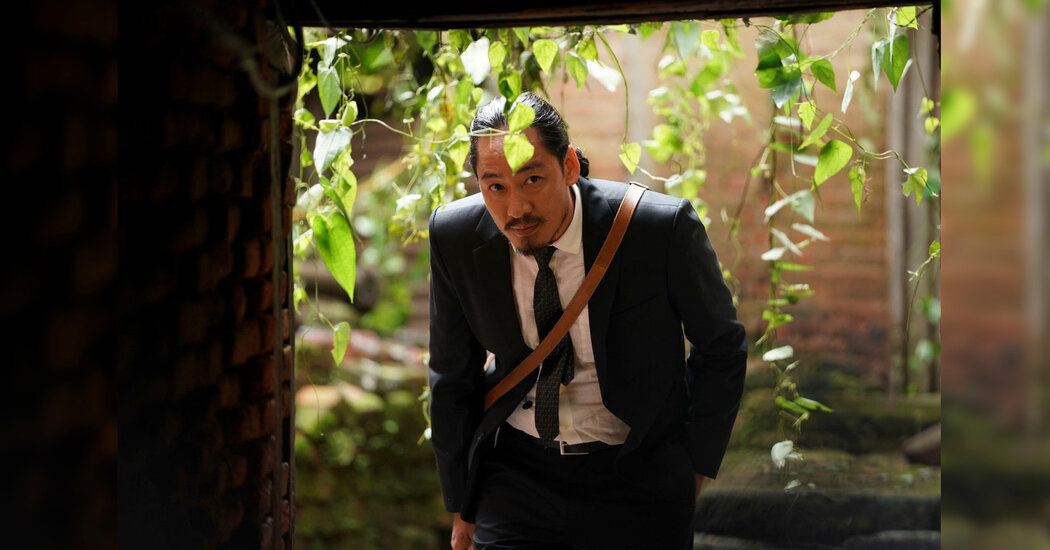 In Khyentse Norbu’s “Looking for a Lady with Fangs and a Moustache,” a Nepalese entrepreneur searches for spiritual enlightenment, hoping to avert a fatal prophecy. Looking to set up a new cafe, Tenzin (Tsering Tashi Gyalthang) sees unnerving visions after scouting an abandoned temple. With mounting fear, he follows the gnomic suggestions of a Buddhist monk in shades and a master sage, who insists that he find a goddess manifest on earth, known as a dakini.

The writer-director Norbu, a Buddhist spiritual leader making his fifth feature, presents Tenzin as a hip modern guy in bluejeans with a wide smile that vanishes as soon as he has to seek self-awareness. The cozy streets of Kathmandu become like a place without a map to Tenzin as he scans passing strangers for signs of divine femininity and leaves his business partners in the lurch. There’s a slight narrative echo of romantic comedy as the monk and the master sage feed him tips and ritual gestures, and it appears the woman he seeks could be right under his nose, in the form of a singer (Tenzin Kunsel) from his music lessons.

Mark Lee Ping Bing, Wong Kar-wai’s magic-making cinematographer, shoots phantasmic riverbanks and saturated vistas of the countryside. As I scanned the sights and people along with Tenzin, I began to worry that I was missing something too, wondering if I was reading the signs wrong, or dwelling on the lead’s desultory acting. Still, at least for the uninitiated, the drift of the filmmaking seemed to fall short of the transcendence envisioned by its story.

Looking for a Lady with Fangs and a Moustache
Not rated. In Tibetan and Nepali, with subtitles. Running time: 1 hour 53 minutes. Watch through virtual cinemas.