This feature documentary looks at the way Indigenous land rights laws are working in the Kimberley and comes to a sad conclusion. 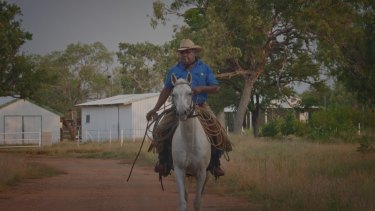 It starts out very differently. When director Nicholas Wrathall and his co-writer, Stephanie King, begin their story – at the sprawling cattle station, Leopold Downs – optimism is in the air. Leopold Downs is in Bunuba country in the Napier Ranges, an area sardonically tagged "billionaires' row" because the station's neighbours include Kerry Stokes, Gina Rinehart and a group of Chinese developers.

But the collapse of the live cattle export trade and other vicissitudes have had their effect. Despite the effort that Kevin Oscar, the station manager and traditional owner, has put into turning the station's fortunes around, it's on the brink of insolvency. If it's to keep going, Oscar and his family need a bank loan, which they can't get. But a solution is in prospect. A large pastoral company has proposed a joint venture which will provide the necessary money while leaving Oscar and his family in charge of the station's management. 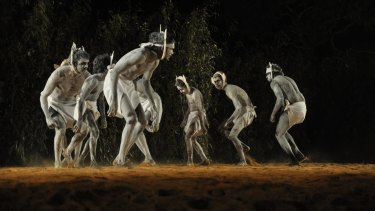 After all, they have the knowledge and the experience, the company's executive blithely reassures us. An outside contractor would not do nearly as well.

We leave them at this point for a series of aerial shots of the Kimberley palette – a vivid patchwork of greens, ochres and golds which banishes any thought of outback Australia as a khaki and dun-coloured land. Wrathall is taking us to meet others who have been in the midst of the region's perennial tug of war between miners, agricultural industries and the Aboriginal people.

In 2013, Albert Wiggan was a young Indigenous activist demonstrating against the establishment of a massive liquid natural gas plant on a sacred site at James Price Point on the Dampier Peninsula. The protests worked, but these days he does his campaigning as an insider – as a ranger and environmental consultant – because it's the best way he knows of helping to protect the country he loves. Like the elders also interviewed by Wrathall, he believes that the Kimberley's future depends on the ability to resist overdevelopment and encourage the industries which nurture the Kimberley's heritage.

They don't need archaeologists and anthropologists to come in from outside to lead the discussion, he says. He and others like him have already devoted enough time to educating people about Aboriginal culture and science to be able to do the job themselves. 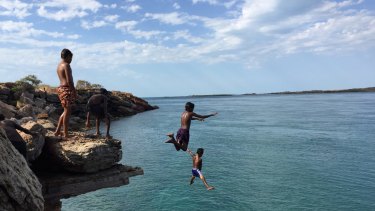 On the Fitzroy River, the debate centres on agriculture. Big companies are eyeing off the region for large-scale cultivation. But the variable water flows make it impractical, say the traditional owners. The river's health could be put at risk. "It's not a food bowl, it's a finger bowl," says one elder. Use the river for intensive agriculture and everything will die.

Back on Leopold Downs, things have not been going well. Work has been halted by a dispute, Oscar and his young stockmen have no idea what's happening and it's getting too late in the season for mustering. All they hear are rumours about trouble between the pastoral company and the traditional owners of a station to the north. 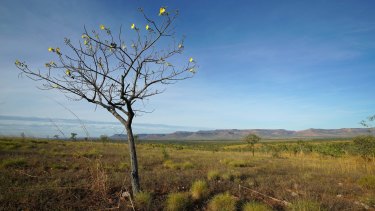 When they finally learn more, the news is bad. Crucial decisions have been taken without them and while the pastoral company executive, as affable as ever, agrees that mistakes have been made, there is no attempt to make amends. Oscar is offered a contract that he feels he can't sign and will no longer be doing his job.

He will stay on in the community, he says. It's his home. But his stockmen will go off and search for work elsewhere.

The film offers an unashamedly partisan view but it's also a powerfully persuasive one. At its heart is the argument that 94 per cent of the Kimberley is subject to Native Title – the greatest of any region in the country – yet the strict limitations set down by the act are severely hampering traditional owners in their dealings with miners and pastoral companies.

Oscar's story is symptomatic. While we are never shown the full picture of events at Leopold Downs, it's very clear that Oscar's hard-won skill and experience should have been allowed to figure in its future.