Jurassic World 3 – titled: Dominion – is due out next year and will continue the dramatic story of the dinosaurs that now roam the Earth, following the events of Fallen Kingdom. While fans of the franchise were already eager to set their eyes upon the new film, it has become even more exciting with the announcement that some of the original Jurassic Park actors will be involved.

It was announced earlier this year that Sam Neill, Laura Dern, and Geoff Goldblum will be returning to the series as Dr Grant, Dr Sattler, and Dr Malcolm, respectively.

This is huge news for the franchise, as these were the original members of the team who brought the dinosaur film series to life.

Now, with these three behemoth actors arriving on screen once gain, viewers are excited to see how things progress. 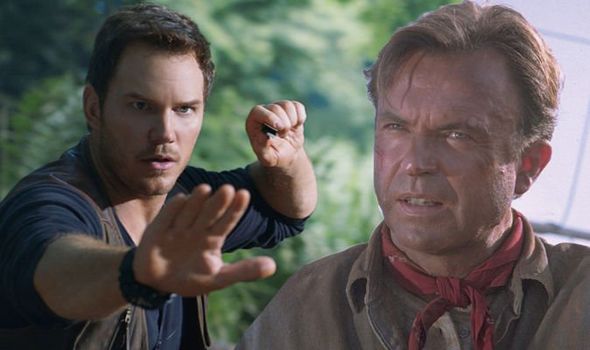 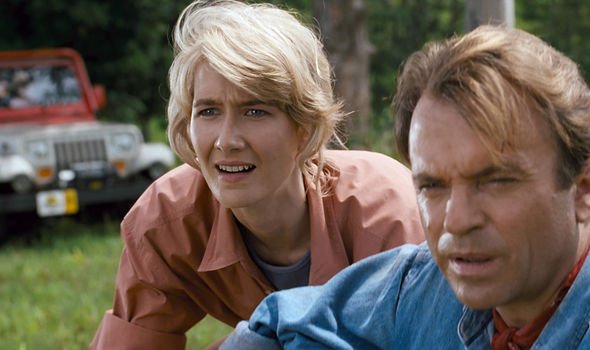 Speaking to his 430k followers, the star posted a photo of himself playing Dr Alan Grant in 1993’s Jurassic Park.

He captioned the image: “Hold onto your hats – gettin’ my old one back on this week, and facing off dinosaurs once again.

“Best yet. Excited and terrified – these things will kill ya. With @LauraDern @BryceDHoward @prattprattpratt #JeffGoldblum @colintrevorrow.”

Making a jovial comment about his looks, he added: “I’m obviously a little more… grizzled now…”

But could Neill’s comment regarding the dinosaurs killing you have been a cheeky hint towards his character’s untimely death in the flick? 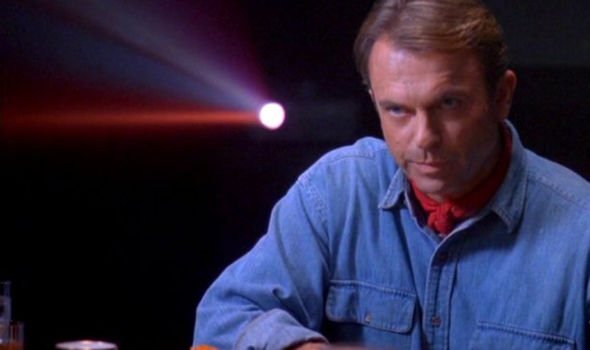 Fans were ecstatic about the announcement he will be returning to filming soon, and were similarly intrigued by his comments.

One wrote: “Great to see the original cast (and the best) back together again. A great movie with great memories for us.”

Another excitedly added: “I’m just very excited that you are finally gonna return as Dr Alan Grant in the Jurassic Franchise ever since Jurassic Park 3 way back 19 years ago. Also I’m happy that you are reuniting with Laura Dern & Jeff Goldblum and get to share screen with Chris Pratt & Bryce Dallas Howard.”

Earlier this year Neill spoke to Yahoo about his return to the franchise.

During the interview he revealed he’s in most of the film.

However, Neill did confess there may be some differences in his newest arrival in the franchise.

The star added he “probably won’t be running quite as fast as I was 27 years ago!”

Despite this, the actor did add he is “raring to go” on the new film, which is his first appearance in the franchise since Jurassic Park 3.

He also went on to confirm he is “excited” to be working on the franchise once again.

However, as such a big actor is making a return to the franchise, will his character be able to survive the entire film?