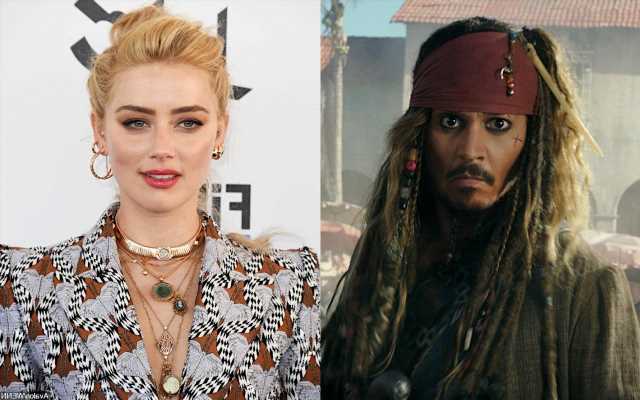 During a testimony at the defamation trial between the ex-spouses, Johnny’s talent manager says he had ‘closed a deal’ for the actor to star in a sixth ‘Pirates’ movie before the actress wrote the op-ed.

AceShowbiz –Johnny Depp would have returned for a sixth “Pirates of the Caribbean” movie had Amber Heard not written an op-ed for the Washington Post. The actor’s talent agent claimed he lost a $22.5 million payday for the movie after the op-ed was published in December 2018.

Jack Whigham, Johnny’s talent manager from Creative Artists Agency, spoke at the court on Monday, May 2 to testify how the op-ed damaged the star’s reputation. In it, the “Aquaman” actress wrote about becoming “a public figure representing domestic abuse.”

During the trial, Jack said that he had “closed a deal” for Johnny to star in “Pirates of the Caribbean 6” for the massive payday. However, in early 2019, it “became clear [producers at Disney] were going in a different direction” that did not include Johnny.

“After the op-ed, it was impossible to get him a studio film, which is what we normally would have been focused on in that time period,” Jack argued. “With respect to Johnny, it was catastrophic, because it was a first-person account,” he said. “It was not from a journalist, it was not from an observer, it was from someone saying, ‘This happened to me.’ “

When Amber’s attorney grilled him in cross-examination that there was no written proof or contract about the deal, Jack said he’d sometimes done verbal agreements about pricing for a client’s pay in a potential project. “It would be fair to say I have never seen a document … I have not seen ’22 million’ written down on a page, you’re correct about that,” so he claimed.

Johnny is suing Amber for $50 million over the op-ed, in which she described her experience as a victim of domestic abuse, though she didn’t mention Johnny by name. Taking the stand last week, the 58-year-old actor insisted that he never struck Amber or any woman.

The “21 Jump Street” star also said in court that he had wanted to reprise his role as Jack Sparrow and to give the character a “proper goodbye.” However, the project, which would have rebooted the franchise, was eventually axed altogether.