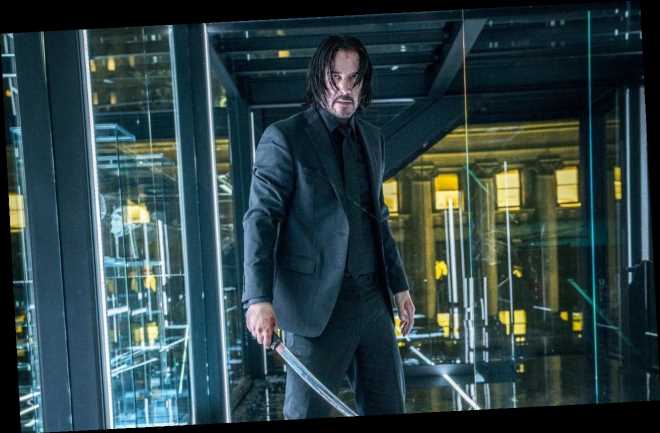 Though saying that he was not invited back by studio officials for the follow-ups, Derek Kolstad claims he is still close to Chad Stahelski and David Leitch, and is excited to see what the franchise will offer.

AceShowbiz -The creator and writer behind Keanu Reeves‘ hit “John Wick” film series has reportedly been sidelined for the planned fourth and fifth movies in the action franchise.

Derek Kolstad penned the 2014 original and its sequel, 2017’s “John Wick: Chapter 2“, while he also had a writing credit on 2019’s “John Wick: Chapter 3 – Parabellum“. However, he won’t be involved in the next two follow-ups, because Kolstad claims he simply wasn’t invited back by studio officials.

He tells Collider, “It wasn’t my decision. When you think of the, contractually, of these things, the third one I shared the credit with any number of people, they didn’t have to come back to me, and so they didn’t.”

Kolstad insists he has accepted the news and just wants the franchise to continue doing well.

“At a certain stage the studio will tell you, your creation is graduated, and you wish it well. I’m still close with [filmmaker] Chad [Stahelski], still close with [John Wick co-director] David [Leitch], and I don’t know what’s going to happen. But I’m excited to see.”

Reeves is set to return as the titular hitman, with Chad Stahelski back in the director’s chair for “John Wick: Chapter 4“, which was solely written by Shay Hatten, who worked with Kolstad and two others on “Chapter 3”.

Production is expected to begin soon ahead of a May, 2022 release date.

Although Kolstad is no longer involved in the big screen projects, he is still working on “The Continental“, a TV spin-off series set in the John Wick universe, which has been optioned by U.S. network bosses at Starz.

“Well, they’re about to make some pretty large announcements in the next couple of weeks in regards to what’s going to happen there. Can’t say much, but it’s happening,” Kolstad said of the upcoming show.