On the surface, Jessica Swale would seem to have a lot of beginner’s luck. The first play she ever wrote, “Blue Stockings,” was a massive success with audiences and critics, premiering at Shakespeare’s Globe in 2013. Her first official foray behind the camera as writer-director, a short film titled “Leading Lady Parts,” starred a who’s who of powerhouse women and quickly went viral. And now her feature film debut as writer-director, “Summerland,” comes out this week to warm reviews for its story and lead actors Gemma Arterton and Gugu Mbatha-Raw. She also has several scripts in various stages of development, from her own works to adaptations of Jane Austen’s “Persuasion” and the novel “Longbourn.”

Of course, luck has little to do with Swale’s success; she’s a self-proclaimed workaholic who spent a decade building her bona fides as a stage director on such plays as “Sense and Sensibility” and “The Belle’s Stratagem,” which earned her a best director nom from the Evening Standard Awards. “Growing up, I was a dancer and a bookworm, I love rhythm and pace and music and images,” says Swale. “So I always wanted to be the person who brought together the images and the music and the actors and the story and created a whole from that.”

But she had never seriously considered writing before, largely because it didn’t seem realistic as a young woman in the 1990s. “It felt very bold, wanting to be a writer,” she notes. “I imagined you had to have a story to tell in order for hundreds of people to listen. And some people in the community are encouraged to think that everything that comes out of their mouth is worth listening to. But as a young girl; young women haven’t traditionally been encouraged to think that their opinions are important. Writing is much more that, of course, but it took me until I’d made a large number of plays, before I started to think that perhaps I did have a voice.”

It was when Swale stumbled across a story “about the first women to attend university and the riots that happened as a consequence of their desire to study” that she felt compelled to write. “I couldn’t believe that nobody had told that story,” she recalls. “I thought I had to find a writer to tell it, but I started imagining these women, and their stories grew, and I wasn’t sure I could hand them over to someone else. So I said, ‘Maybe I’ll just write it myself.’” The play was the aforementioned hit “Blue Stockings,” which is currently being adapted for a television series. “Suddenly, I was a writer, and I haven’t stopped since.”

From the start, Swale wanted to make accessible art that entertained. “I don’t want to make work you need five degrees to understand,” she notes. Her second play, “Nell Gwynn,” was a big crowdpleaser that centered on the acting protege and lover of Charles Hart, the famous British Restoration actor. It went on to win the Olivier Award for new comedy. It premiered in 2016 at the Globe, starring Mbatha-Raw, before transferring to the West End, where Arterton took over the role. Swale describes it as “the most fun I’ve ever had in my life.” Currently being adapted into a film, Swale says the play is about all the things she truly loves. “It’s about making art and the importance of finding your voice, it’s about underdogs and writing something I just wanted people to enjoy and invest in.”

Swale has actually known Mbatha-Raw since they were students; Swale was at Exeter and assistant directing “As You Like It” while Mbatha-Raw was at RADA and playing Celia. “We were both newbies and geeks who worked extremely hard, there in the theater 45 minutes before anyone else showed up,” Swale recalls. “We shared a lot in common, in addition to being workaholics.”

She met Arterton when the actor took over the lead in “Nell Gwynn” for the West End production, and the two went on to collaborate on Swale’s 2018 short “Leading Lady Parts,” which Arterton produced and starred in. The film features actors from Florence Pugh to Emilia Clarke coming in to audition for a panel of brutal (but not totally unrealistic) casting people who give direction like: “try a bit more smiley” or “with a bit more makeup” (and those are some of the kinder ones). Though she had previously shot short videos of Shakespeare plays, Swale says this was her first proper film directing gig, a “baptism by fire” she shot in two days.

So now her two Nells have come together for “Summerland,” a lush and romantic saga spanning three generations. We first meet Alice Lamb in the 1970s, played by Penelope Wilton, as a writer living in a seaside town who suffers no fools. (“Cranky” is the polite word Swale uses for Alice, who starts the film by snapping at young children.) We go back 30 years, during WWII, where Alice is played by Arterton — younger, but no less agitated. Writing theses on myths and folklore, Alice finds herself put in charge of a young boy, Frank (Lucas Bond), who has been evacuated from the war in London. As her friendship with Frank builds, there are further flashbacks to a few years earlier, when Alice fell for the charming whirlwind Vera (Mbatha-Raw), who left her brokenhearted.

Though Swale counts Mbatha-Raw and Arterton among her closest friends, she didn’t write the roles with the actors in mind; though it was a “huge joy” when the pair signed on. “I also didn’t rewrite once they were cast in order to suit them because I feared that can really box an actor into what you assume they’re capable of,” she notes. “These are great actors who can do anything. One of my favorite parts of filmmaking is watching an actor bring things to a part you never knew were there, even when you thought you knew the character better than anyone!”

Though the romance is between two women of different races, “Summerland” doesn’t focus on those challenges. “My experience has been the difficulties in relationships are less about gender and more about other things,” Swale says. “Loving and respecting Gugu so much, it’s interesting so often women of color are often in films that have to do with race. Of course, that’s a part of who she is, but I would also like to see her play lots of fantastic roles that have nothing to do with the color of her skin.”

Shot on a relatively modest budget, “Summerland” was a huge undertaking that required special effects, child actors and sweeping landscapes. “My first play was for a cast of 20 and people said, ‘Most people write a play with two people and no set their first time out,’” Swale recalls with a laugh. “But that was the way ‘Blue Stockings’ needed to be told. And I felt the same way about ‘Summerland.’ There could have been a cheaper version, easier to finance, but this is a story about magic and adventure and three periods across one woman’s life. And if I’m going to tell the story, I’ve got to do it properly.”

And as with her work in the theater, Swale’s primary goal is to offer uplifting entertainment. “I lost my father a few years ago and when he was very ill, he loved watching films, but specifically didn’t want to watch anything that reminded him of fear,” Swale notes. “I made a pact with myself at that point that I was going to make movies that my dad would enjoy.” While that doesn’t mean avoiding serious issues — Swale says “I would be mortified to think I’d ever make a movie that offering nothing important to explore” —  she hopes to tell stories that can inspire. “I love all forms of storytelling,” she says. “But my raison d’etre is to make work that gives people hope in some way.” 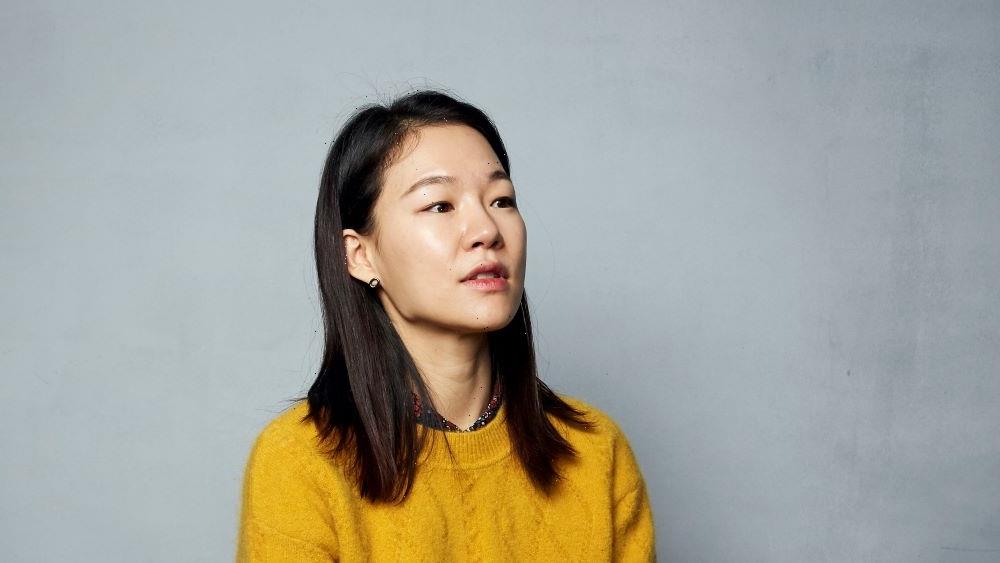 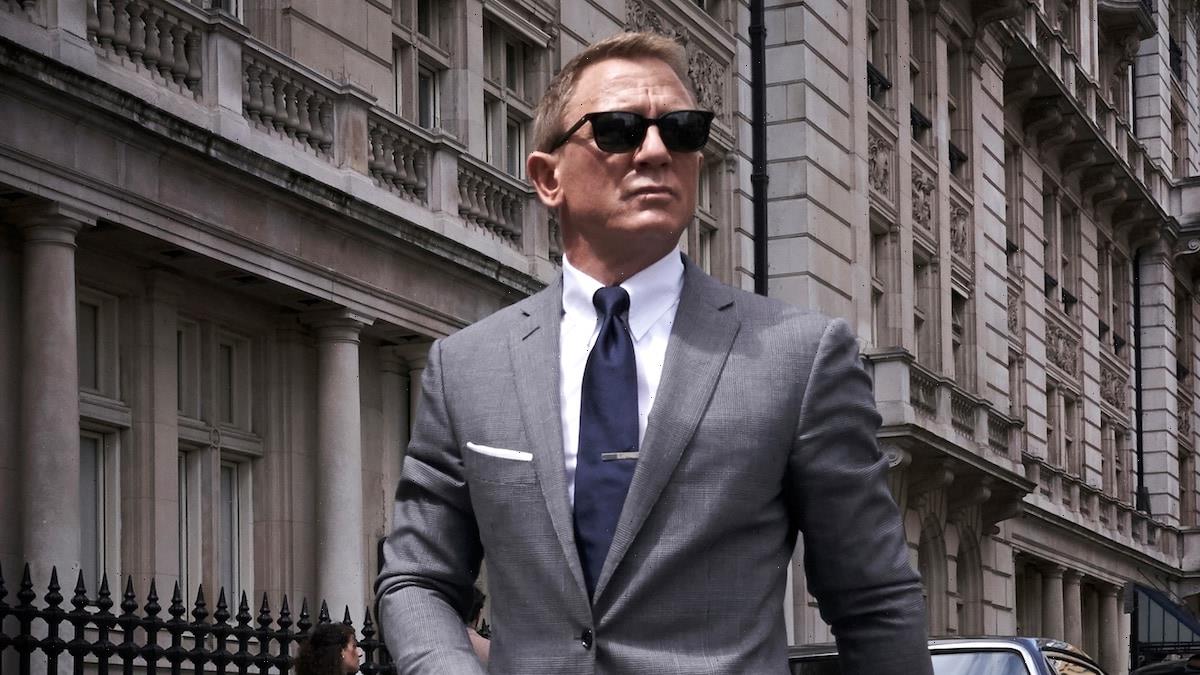