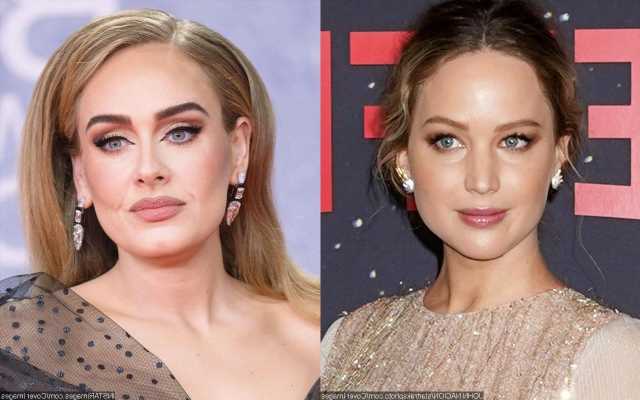 The ‘Silver Linings Playbook’ actress, who is good friends with global superstar, explains in a new interview that she had told her not to take up the offer to star in space movie ‘Passengers’.

AceShowbiz –Jennifer Lawrence “should have taken advice” from Adele when she warned her not to star in a film. The “Silver Linings Playbook actress, who is good friends with global superstar, explained that she had told her not to take up the offer to star in space movie “Passengers (2016)“.

The movie was a box office success but was panned by critics. Jennifer claimed that she now wishes she had listened because the film was only made for her fans. “I was like, ‘Oh no, you guys are here because I’m here, and I’m here because you’re here. Wait, who decided that this was a good movie?’ [I regret] ‘Passengers’ I guess,” the 32-year-old actress revealed. “Adele told me not to do it! She was like, ‘I feel like space movies are the new vampire movies.’ I should have listened to her!”

Meanwhile, the Oscar-winning star tied the knot with art dealer Cooke Maroney in 2019 and has nine-month-old Cy with him but explained she had a “feminist meltdown” over changing her legal name when she got married but then remembered that she had given up her birth name to the world when she achieved global recognition at the age of 21 when she began starring in “The Hunger Games” series.

She told The New York Times, “God, I had such a feminist meltdown about changing my name because it’s my identity, it’s the first thing I’m given. So it didn’t feel like I was giving up anything. That name already belongs to them. ‘The Hunger Games’ movies were fantastic. The only thing that gave me pause was just how famous it would make me.”