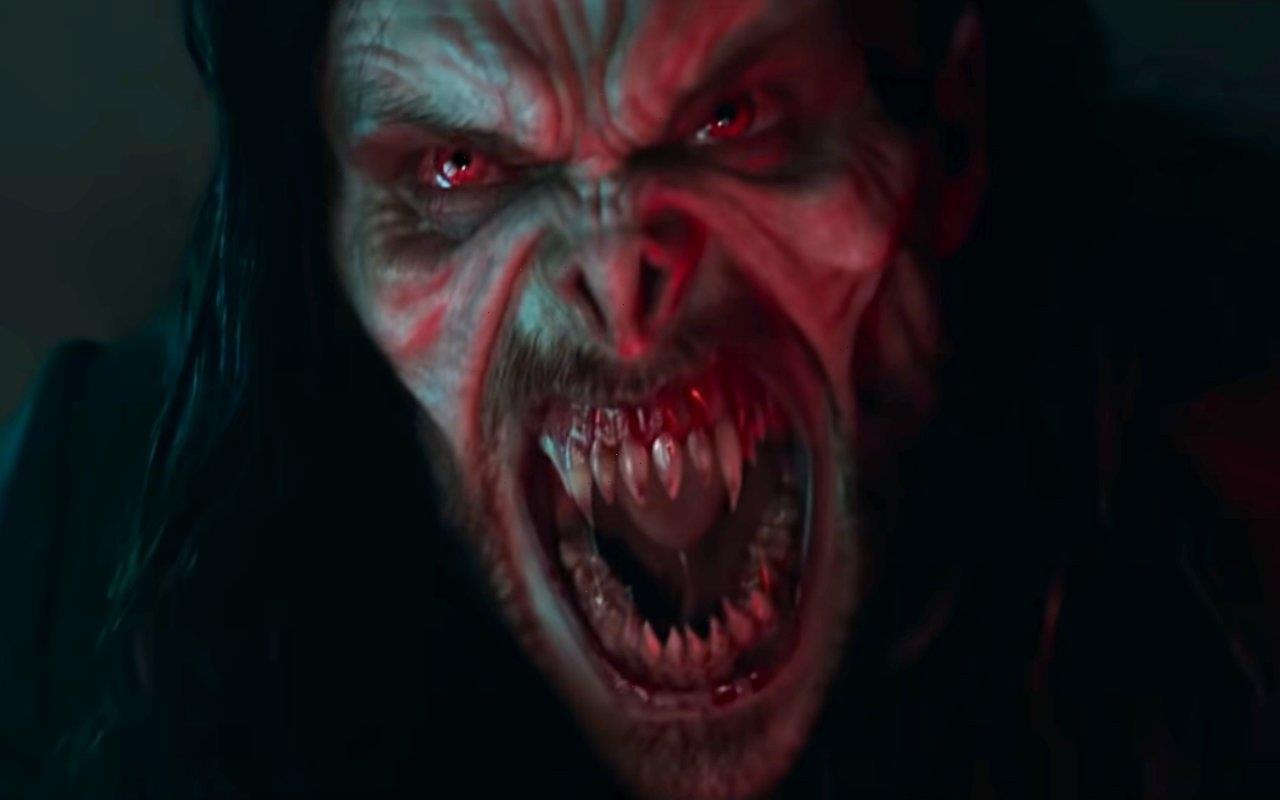 Including Spider-Man and Venom references, the new sneak-peek video also sees the title character exploring his newfound powers after he’s thought to be dead.

AceShowbiz -Sony Pictures has unleashed a new full-length trailer of “Morbius“. Following the titular character, Michael Morbius, who is portrayed by Oscar-winning actor Jared Leto, it shows him as a weakling and scientist who is determined to find a cure for his rare blood disease.

His search leads him to a cave where he attracts hundreds, if not thousands, of bats with his blood. Abandoned and thought to be dead, he mysteriously returns after two months with some superhuman abilities, including super strength, bat radar and flying.

As he explores his newfound abilities, Morbius is also drawn to the dark side of his vampire-like traits, which is a thirst for blood. The logline of the trailer states, “The line between hero and villain will be broken.”

The video also lets fans know that Morbius exists in the same world as Spider-Man and Venom. There are many references to those two Marvel characters, such as Oscorp and Horizon buildings which appear in the trailer, a Spider-Man graffiti with the word “murderer” scrawled over it and a shout-out to the events of “Venom”. Even Leto’s character makes a joke that he is Venom to scare a criminal.

Adria Arjona‘s Martine Bancroft and Tyrese Gibson‘s Simon Strout are heavily featured in the trailer, Michael Keaton returns as Adrian Toomes a.k.a. Vulture, while there’s a glimpse of Matt Smith as Loxias Crown, Morbius’ friend who suffers from the same rare blood disease, and Jared Harris as Morbius’ mentor.

According to the official synopsis, “One of Marvel’s most compelling and conflicted characters comes to the big screen as Oscar winner Jared Leto transforms into the enigmatic antihero Michael Morbius. Dangerously ill with a rare blood disorder and determined to save others suffering his same fate, Dr. Morbius attempts a desperate gamble. While at first it seems to be a radical success, a darkness inside him is unleashed. Will good override evil – or will Morbius succumb to his mysterious new urges?”

Directed by Daniel Espinosa, “Morbius” is heading into U.S. theaters on January 28, 2022.