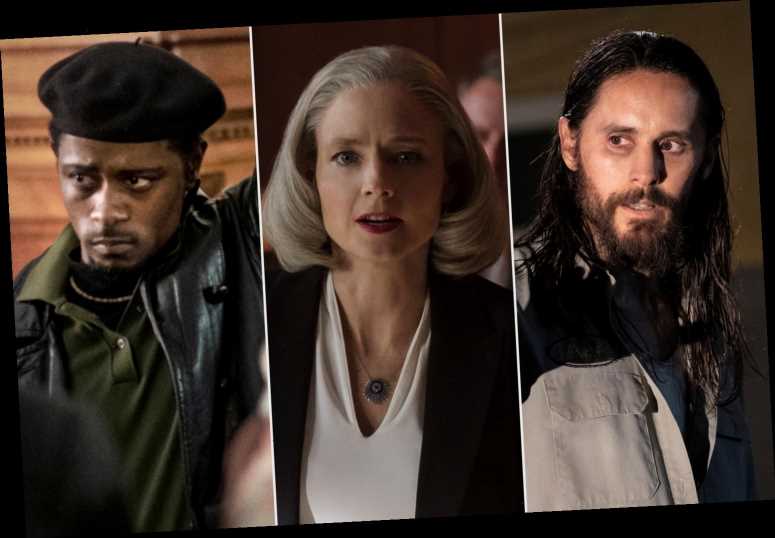 The 2021 Oscar nominations are finally here — and so are some snubs and major surprises.

The nominees for the delayed awards show were announced Monday morning with actors like Viola Davis, Chadwick Boseman, Carey Mulligan and Frances McDormand all nominated as expected for their lauded performances this year.

The first major snubs of the nominations were revealed early in the announcement when the Best Supporting Actor and Actress races were called. Jodie Foster, who won her category at the Golden Globes just weeks ago, was omitted by the Academy for her role in The Mauritanian. Minari's Yuh-Jung Youn meanwhile landed in the Best Supporting Actress race, making history as the first South-Korean actress to be nominated in that category.

Jared Leto, a SAG and Golden Globe nominee for his creepy performance in The Little Things, was snubbed for Best Supporting Actor, as was Chadwick Boseman for Da 5 Bloods. Boseman did however score a Best Actor nomination for Ma Rainey's Black Bottom, an award he's favored to win. Sound of Metal's Paul Raci made it into the Best Supporting Actor race, as did Lakeith Stanfield for his powerful performance in Judas and the Black Messiah.

In the leading actor categories, the only major snub was Rosamund Pike for I Care a Lot, a film which earned her a Golden Globe award in February. Sacha Baron Cohen was also not honored for his second time playing the titular character in Borat Subsequent Moviefilm, but the actor did land in the Best Supporting Actor competition for The Trial of the Chicago 7.

Over in the Best Director race, history was made with two women nominated (Nomadland's Chloe Zhao and Promising Young Woman's Emerald Fennell) for the first time ever in the same year. Unfortunately Regina King didn't make that three for her directorial debut One Night in Miami. Spike Lee was also left out for his work on Da 5 Bloods.

And as for Best Picture, both One Night in Miami and Da 5 Bloods were surprisingly omitted, with Judas and the Black Messiah sneaking in to land a coveted spot.