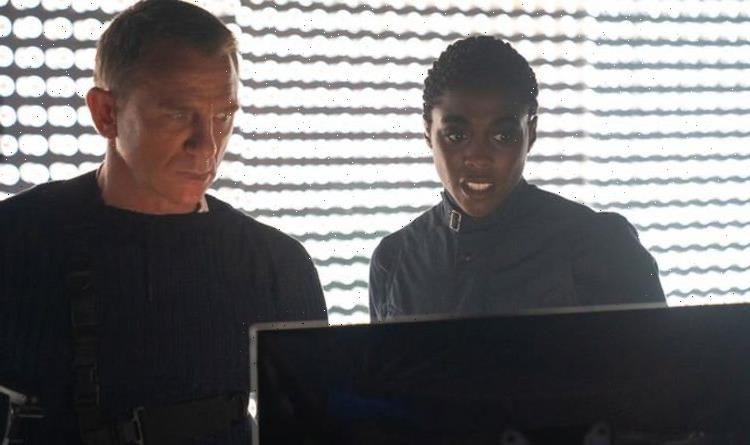 No Time To Die: James Bond film to premiere in October

The upcoming James Bond film No Time To Die will not only bring Daniel Craig’s journey as the spy to an end, but it will also introduce Nomi, the newest 007 agent. Nomi, who is played by British actor Lashana Lynch, replaced Bond when he went awol between the events of Spectre and No Time To Die. When Lynch’s casting was announced, however, she was attacked online.

Lynch plays the first-ever female 007 – something people were not too happy about online.

Speaking in a new interview, the 33-year-old spoke out against the comments.

Lynch is one of the few women to have a major role in the James Bond franchise, and one of the even fewer Black women.

Lynch referenced those that came before her, including Naomie Harris, Halle Berry and Grace Jones to name a few.

She went on: “When Halle Berry was in it, when Naomie was in it – who’s now a friend so I appreciate her even more – it just meant that I could relate to this very quintessentially English franchise and actually relate it to my life.

“I didn’t need to be a fighter or know how to handle a gun or anything like that to be able to relate to these women. They just felt like members of my family onscreen.”

The Captain Marvel star also explained how she hopes her casting inspires other Black women.

What do you think? Join the debate in the comments section here

“And I’m hoping that my career and my choice in roles and me just being me, authentically, is shining a light on our power.”

This isn’t the first time Lynch has spoken out about the criticism she received online.

In 2019 Lynch said the response to her casting wasn’t “disheartening.

She went on: “It makes me feel quite sad for some people because their opinions, they’re not even from a mean place – they’re actually from a sad place.

“It’s not about me. People are reacting to an idea, which has nothing to do with my life.” (Via The Hollywood Reporter)

The actor also said last year: “I am one Black woman – if it were another Black woman cast in the role, it would have been the same conversation, she would have got the same attacks, the same abuse.”

Lynch added: “I just have to remind myself that the conversation is happening and that I’m a part of something that will be very, very revolutionary.”

On top of introducing Lynch into the series, No Time To Die will send Craig out of the franchise.

At the moment, it’s odds on for Regé-Jean Page to play 007 in the next iteration of the character.