There is only one Indiana Jones, and that’s something Harrison Ford wants us all to keep in mind, thank you very much.

The gallivanting explorer weighed in on rumours that Chris Pratt might be joining the franchise earlier this week, and let’s just say he’s not exactly keen on the idea.

When asked if the Guardians of the Galaxy star would be making an appearance for Indy’s fifth adventure, Harrison told Variety: “I think it’s him or me.”

Ford also gave fans an update on where Indiana Jones 5 stands, revealing that a script is “in production” ahead of its delayed 2021 release.

When asked when filming would kick off, Indy himself said: “Uh, I’m not sure yet, but we’ve got a script in production that we’re all very excited about. [We’re] looking forward to it.” 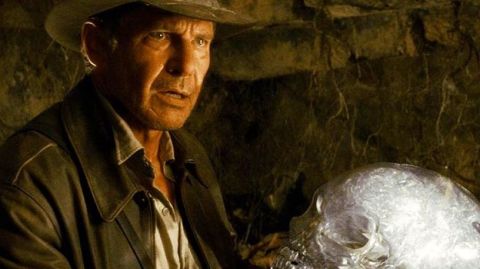 Aside from Chris Pratt’s (non) involvement, precious few details have been revealed about Ford and director Steven Spielberg’s plans for Doctor Jones – apart from the character’s age.

“I’m looking forward to working with Steven [Spielberg] again and to revisiting the character later in life,” Harrison Ford said last year. “It’s interesting to see it in a different light.

“It will be fun and a good thing to do.”

The fifth Indiana Jones movie is expected to hit cinemas on July 9, 2021.